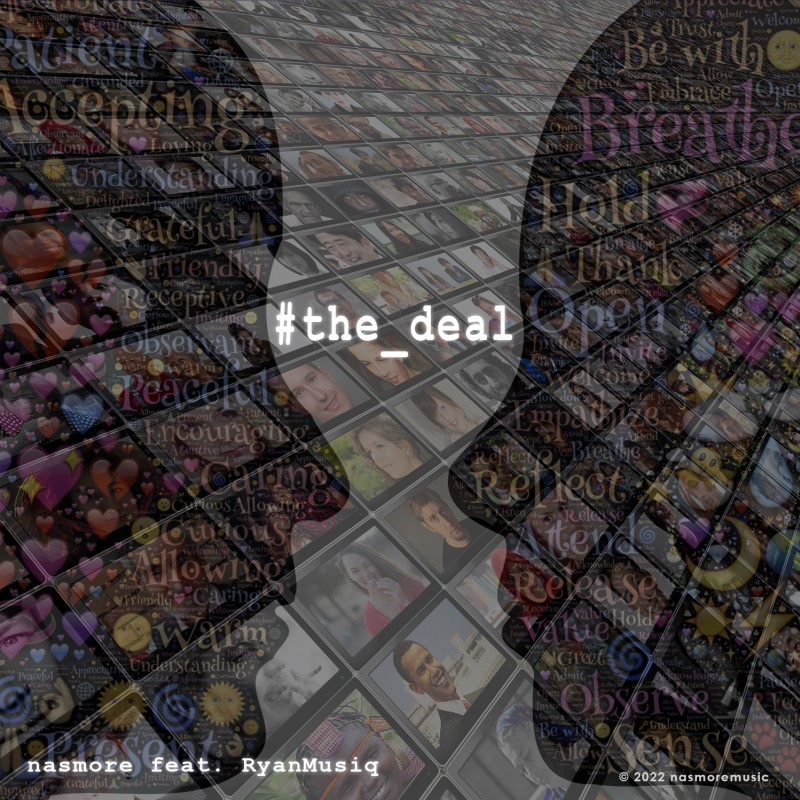 Canadian artist nasmore grew up immersed in music, constantly attached to the instruments surrounding him and teaching himself how to write and play his own songs. Armed with his new musical skills, his ever adventurous spirit gave him the courage and determination to explore and experiment with anything and everything new to him.

Developing his abilities over many years, he’s now carved out a name for himself as a prolific pop rock artist. Over 2021 he released a string of instrumental singles before making the pivotal decision to collaborate with guest stars, beginning a new process that soon became an essential part of the profound joy he discovered within the creative realm.

With every step he takes he aims to push his creative boundaries further still. His authenticity as an artist has allowed him to seamlessly flow between the best elements of pop, hip hop, rock, R&B and even classical styles.

One of his recent collaborations comes with his new single titled “#the_deal” which sees nasmore work with RyanMusiq. Delivering another hard hitting rap rock piece, on “#the_deal” nasmore creates a punchy modern anthem full of energy and powerful vocals with catchy hooks.