Below are our full-time and casual staff.

Additionally, we have a dedicated bookkeeper (thank you, Prairie Sky Bookkeeping!); a casual-time research assistant who helps with populating our Events Calendar and things such as video editing; and a rotation of approximately 30 Career Tracks mentors who are scheduled for appointments as booking requests arrive.

We enlist the services of lawyer Kurt Dahl of Murphy & Company for our Legal Services program and Mintz & Wallace for our audit.

We greatly appreciate the help of these folks, as well as our Board and volunteers. 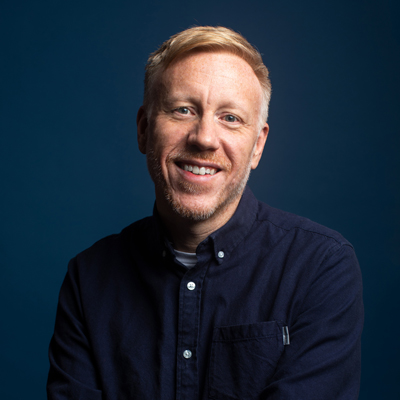 Michael brings to SaskMusic a diverse range of experience in the music industry, including tour booking, artist management, marketing and promotion, and sponsorship management. Dawson spent five years serving as the Artistic Director of the Culture Exchange, where he booked and/or promoted over 400 concerts a year, before moving on to become the talent buyer for a number of venues in Western Canada. He is also the Artistic Director of the Gateway Music Festival. Dawson brings to this position a wealth of hands-on industry experience. As the current lyricist and multi-instrumentalist with Library Voices, Michael has performed at countless national and international events including Liverpool Sound City, SXSW, NXNE, Pop Montreal, CMW, Ottawa Blues Fest, Virgin Music Fest, Edgefest, and the 2010 Vancouver Olympics. Library Voices was named the 2012 Sirius XM “Alternative Artists of the Year” and has been nominated for four Western Canadian Music Awards and six CBC Radio 3 Bucky Awards. Dawson also previously owned and operated Young Soul Records, part of the EMI Associated Labels Division, releasing more than a dozen albums by Saskatchewan-based artists, and has participated in numerous juries including FACTOR (The Foundation Assisting Canadian Talent on Recordings) and the Lieutenant-Governor Awards. 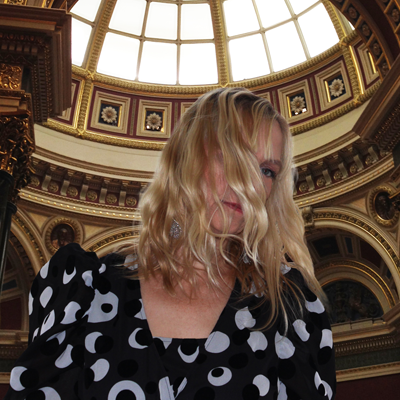 Lorena has worked in various roles at SaskMusic, and loves helping to promote the awesome music of our province and helping members navigate this often-confusing industry. She's had experience in a variety of things, from programming lineups and coordinating large-scale conferences and events, to running juries, licensing initiatives, advertising campaigns, economic studies and more, in addition to participating on numerous boards and committees. Most recently she has been overseeing our association communications, marketing initiatives and office operations. Lorena is moving into the Interim Executive Director role while the board conducts their search for a new ED.

Prior to SaskMusic, she studied classical piano, then keyboards at Professional Musicians’ College, toured across Canada, the U.S. and internationally, backing up numerous artists as a freelance keyboard player/vocalist in addition to releasing her own albums; and also worked in advertising, layout and web design. She’s proud mama to a creative little girl. 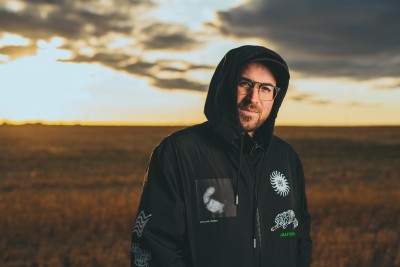 Kaelen received his Arts and Entertainment Management Diploma from Capilano University in North Vancouver and now resides in Saskatoon as the Export Manager for SaskMusic. He manages the export and professional development of Saskatchewan music industry individuals. Kaelen has been actively involved in the Canadian music industry for the past 20 years as a musician, manager, production manager, promoter, and running his own music publishing company. He is now back as an artist with his latest synth-based project, June Thrasher. He is also a jury member for various music organizations and sits on numerous cultural boards including co-director of the Derek Bachman Foundation and recently, the 2020 JUNOs Host Committee. 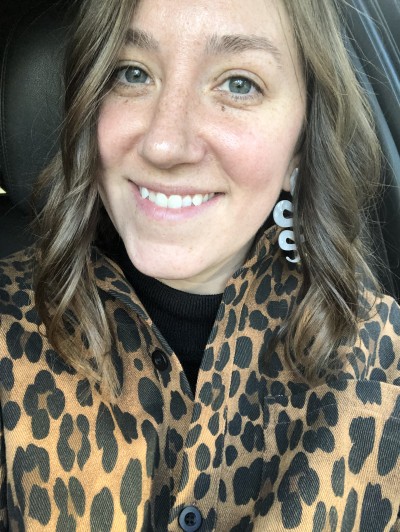 Brittney joined the team at SaskMusic in 2014 out of the Regina office. As Program & Education Manager she manages all educational and professional development offerings including the workshop series, Career Tracks mentorship program, Careers in Music youth information program, and Very Prairie, an annual three-day music conference now in its fifth year.

Brittney holds a Business Human Resources Certificate and Diploma, which have provided many skills she's able to put to use in her diverse roles within the music industry. She sits as a board member and organizer of Girls Rock Camp Regina (GRR!) and was awarded a YWCA Women of Distinction award for her volunteer work with the group. She’s an active industry juror for many organizations including FACTOR (The Foundation Assisting Canadian Talent on Recordings), The Western Canadian Music Awards (WCMA), the JUNO Awards and Music PEI Awards, to name a few. 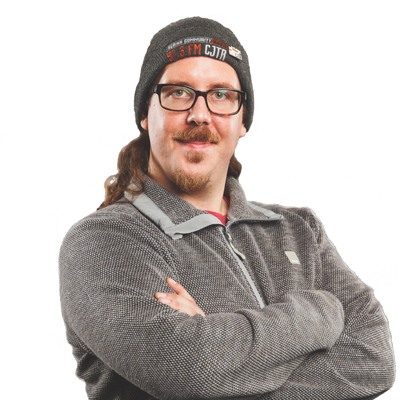 Ben grew up working within the Regina music community and is excited to keep developing his skills and supporting Saskatchewan artists in his position at SaskMusic. Ben first got his start working in the industry as producer and volunteer host at 91.3FM CJTR Regina Community Radio over fifteen years ago, and still hosts two radio shows at Regina Community Radio today. Ben was also involved on the Community Radio Board of Directors for eight years (2013 to 2020) in various capacities including President and was honoured to receive the "Lifetime Achievement Award" in 2020 from the station. His commitment to music continued within the halls of the University of Regina where he enrolled in the Interdisciplinary Studies Masters Program with a focus on live performance. While attending the university, Ben was also Research Assistant at the Interactive Media & Performances Labs, teaching workshops and hosting community hours for those who wanted to learn how to make electronic music, scratch records, or record. Ben has been a turntablist for over fifteen years and hosts DJ nights in Regina, some video game Twitch streaming, old skool Games Workshop fan, as well as DJing a number of events in and around Regina as part of the duo 2Beats. 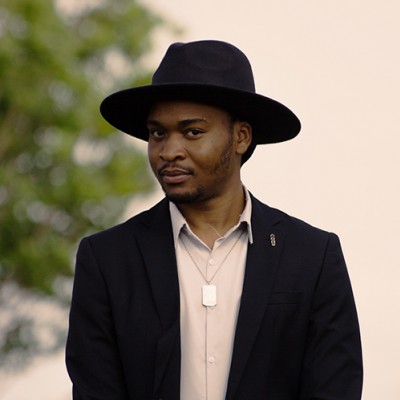 Born Oghenerukevwe Jegede-Ikpen, Rooky is a multi-talented, Nigerian-born artiste, songwriter and photographer based in Regina. Aside from creating and performing music with his Regina-based band “The Bad Hvbits”, Rooky is the graphic editor/photographer for the University of Regina's campus newspaper "The Carillon." He holds a degree in Adult Education in English and Literature and is currently pursuing a second degree in Human Justice at the University of Regina.

He is very passionate about discovering, making and listening to music and creating visual imagery; he sees them as a medium of expression and a way for people to connect with one another regardless of background or race.

Rooky joined us in November 2021 under a student internship grant and is staying on with us, working around his classload. 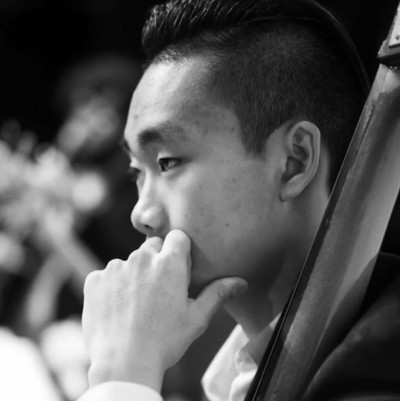 Casey Ling has worked in many genres of music from classical to jazz to hip hop. After finishing his Bachelors of Music on double bass performance at the University of Lethbridge, Casey began a drop-in hip-hop program in Lethbridge, Alberta for at-risk youth. At the same time, Casey also acted in the role of assistant principal double bassist in the Lethbridge Symphony Orchestra. Casey has just graduated from the University of Regina with a Bachelors in Education and is excited to be joining the team at SaskMusic to expand his knowledge of the music industry beyond stage performance.

Casey joined us in December 2021 initially under a student internship grant and is staying on as staff for the summer. 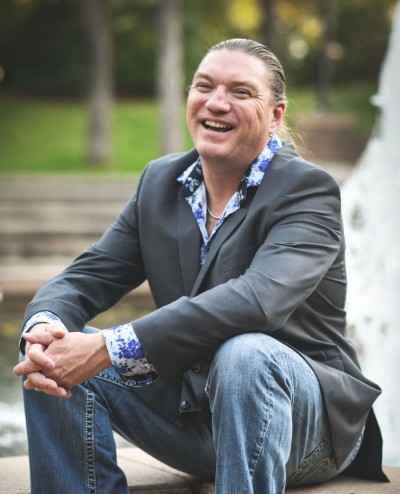 Darwin Roy completed a project-specific contract with us in March 2021 and kindly agreed to continue with us on a casual contract basis, assisting with various programs as needed.

Darwin Roy was raised by his grandparents in Northern Saskatchewan where they lived a hunting, fishing, trapping, and gathering lifestyle. Darwin is a proud speaker of the Cree language who has made a career working in public relations for the resource industry, the education sector, and for First Nations. He has a Graduate degree in Educational Administration from the University of Saskatchewan. Darwin has been very active in the Indigenous music scene throughout his career. Darwin has a passion for music and feeds that passion with his involvement with his personal singing ventures or with the group he has played with for most of his life - “Just The Boyz” or “JTB”. In 2005 JTB was nominated for Canadian Aboriginal Music Award for Best Country Album. He has been a part of the Voices of the North Show, a showcase of Indigenous talent during the Prince Albert Winter Festival, since 1998. Darwin continues to play music for the people locally in Saskatoon or somewhere down that long highway.