If you would like to be more involved in our music industry and contribute directly to the growth of SaskMusic, you might consider running for a position on our Board of Directors.

Directors should be experienced, active and enthusiastic about the music industry. Our Board makes policy for and develops the strategic direction of SaskMusic. Board members are involved in our various events and fundraising, and other activities. These are volunteer positions, but expenses are covered for any out-of-town duties.

Knowledge of board governance and non-profit organizations would be helpful, but is not necessary. Each position is a two-year term. The annual time commitment for a director is approximately one strategic planning weekend; approximately 6 board meetings; committee meetings as required (each member sits on one committee); attendance at the AGM; attendance at SaskMusic events whenever possible; and you must be accessible by phone/email most of the time.

We welcome and encourage board members from all over Saskatchewan. We seek diversity and invite interest from candidates representing many different roles and musical attitudes. A call for nominations is distributed to the membership annually in May/June.

Terms are two years in length, with Directors serving a maximum of three consecutive terms. The Executive is appointed from within the Board, by the Board, following each AGM.  More information is also available on our AGM page. 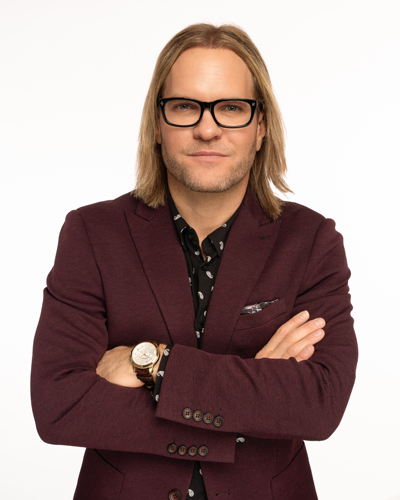 Kurt Dahl is an entertainment lawyer by day and a rock star by night. A founding member of One Bad Son, Kurt has toured the world with the band over the past 16 years, sharing the stage with The Rolling Stones, Def Leppard, Judas Priest and more. The band landed their first #1 single in Canada with the song Raging Bull in 2018. By day, Kurt is one of the preeminent entertainment lawyers in Canada, working with the biggest names in the music industry from coast to coast. Kurt has served as President of SaskMusic for the past five years and is passionate about utilizing his knowledge as artist and lawyer to help others in the entertainment industry make the most of their career. He shares his knowledge in the articles he writes on cutting edge issues in the music industry which have been published around the world by Canadian Musician, Canadian Lawyer, SOCAN, Drum Magazine and more, and can be found on his website www.lawyerdrummer.com. 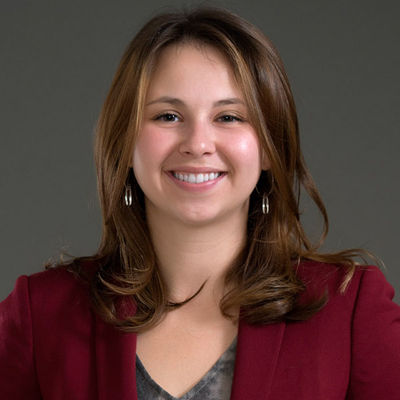 Amy Banford is a lawyer at McKercher LLP practicing in Entertainment Law, and General and Estate Litigation. A music lover, Amy received her Bachelor of Business Administration from the University of Regina in 2008 and her Juris Doctor from the University of Saskatchewan in 2013. Amy also studied English and Linguistics at the University of Regina and became an associate at McKercher LLP in 2014. While attending the University of Saskatchewan College of Law, Amy was awarded the Douglas A. Schmeiser Prize in Criminal Procedure. Amy has been a member of Mensa Canada since 2009. As one who loves to learn, Amy has a broad interest in all areas of law, but also has a particular interest in Intellectual Property and Entertainment Law. Growing up in a music-loving household, Amy spent her childhood years playing her parents’ records and cleaning the display cases at her parents’ CD shop. Amy is thrilled to be able to incorporate her love of the arts into her legal practice, and has been fortunate enough to work on a number of film productions in the province over the past few years. 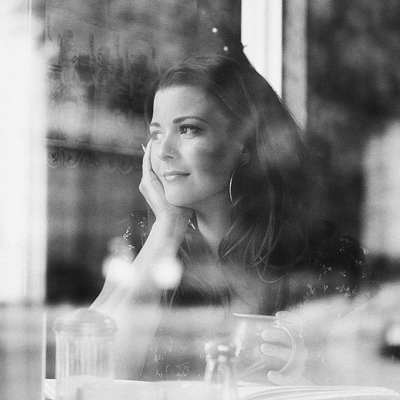 Kara Golemba is a roots-styled singer/songwriter that has been actively involved in the Saskatchewan music landscape over the last 5 years. She has been a vocal advocate of the support and programming that local musicians receive through SaskMusic, and the community they have helped to foster. Golemba recently completed a full-length album, “Keep These Stories Safe,” and previously released an EP “Every Little Light” in 2016, neither of which would have been possible without the guidance and assistance of SaskMusic. Kara has been an active mentor in Songs 4 Nature creative camps, a songwriting program through the Royal Saskatchewan Museum. Golemba’s song “Box Labelled You” was a finalist in the Folk category of the Canadian Songwriting Competition 2018, she was the winner of the 620 CKRM Proudly Saskatchewan Showcase (2016), has played Gateway Festival, SaskTel Jazzfest, Craven Country Jamboree, All Folk’d Up, Telemiracle, and was part of The Empty Room Series. She is passionate about contributing to the culture of promoting and assisting the growth of community and career expansion for all Saskatchewan musicians. 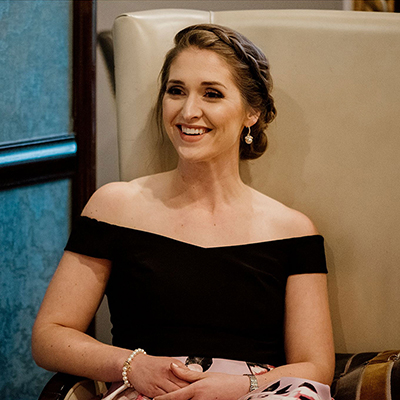 Originally from Regina, Shannon is a Graduate of the Don Wright Faculty of Music at the University of Western Ontario and the Integrated Musical Theatre Program at the American Musical and Dramatic Academy in NYC. In 2012, Shannon was unexpectedly handed the keys to Regina's Creative City Centre when the Centre's founder needed someone to take care of things while she ran for political office. A career in venue management and entertainment buying ensued. Shannon is currently on maternity leave from her regular gig as an Entertainment Buyer, but typically programs in excess of 115 concerts a year with artists ranging from up-and-comers to international headliners. In her spare time, Shannon teaches piano, voice, and flute from her home studio. She lives in Saskatoon with her husband Matt, daughter Harpa, and their dog Sonny. 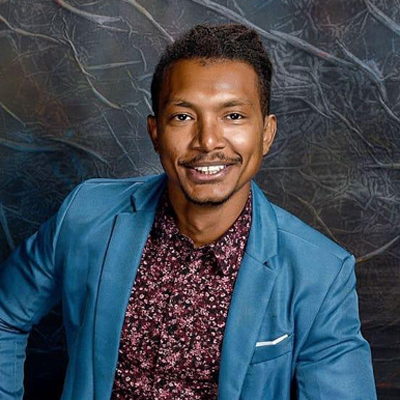 Originally from The Congo DRC, Christian immigrated to Saskatchewan in 1996; where he first picked up his first pair of sticks. Gaining early and regular performance and recording experience through Radio-Canada & CBC workshops lead to 15 years of touring and recording with acts like: The Rebellion, Sly Business, The Pistolwhips, The Sheepdogs, Makeshift Innocence, Alexis Normand (to name a few); Christian returned to the Congo with a series of fundraisers that rebuilt 3 schools in his native country. His next chapter brought him to Hollywood California, where he developed skills in Performance, Social Media, Music, Entertainment, and Music Publishing. Currently, Christian serves as a Music Director for Carnival Cruise Line. 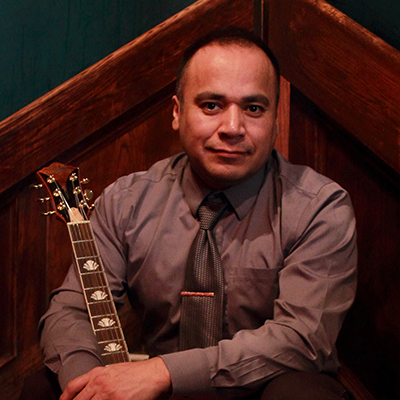 Dale is a songwriter/producer from the White Bear First Nations. He has first hand and life experience as an Artist of nearly 20 years. Dale has spent time as a liaison and Indigenous voice on different Arts boards and festival committees such as RSO Indigenous Advisory, Forward Currents Festival, BuffaloFest, Sask Culture Days, City of Regina’s National Peoples Day, and Sakewewak Storytellers Festival. Dale is a strong supporter of local music and local arts agencies such as art galleries, live venues, local festivals, and local radio stations. Dale has networked with artists and committees across Sask and other regions to promote positive relations between artist, support agencies, and to work towards ease of access for the next generation of Indigenous artists looking to self-export. Dale’s own music career has produced a handful of EPs, music education through Berklee College of Music, live performances at venues in places in and around Nashville, Banff Arts Centre, as well as many successful festivals. Orion Paradis is a Saskatchewan music producer who works out of his own recording studio, SoulSound (which shares a building & inspiration with its sister studio, FadaDance). As a producer & engineer, Orion is very active in Sask’s local community of bands, recording with artists such as Megan Nash, Beach Body, Natural Sympathies, The WON’Ts, Wolf Willow, Library Voices, The Dead South, Ava Wild, Kacy & Clayton, Etienne Fletcher & The Extroverts. Orion has a lot of knowledge of the music business in Saskatchewan - from creating albums, to performing heavily remixed DJ sets, to production work for dance and theatre companies, he has navigated a wide swath of musical exploration and events. Some career highlights include: 2020 - Gold Certification Canada & USA (The Dead South “In Hell I’ll Be In Good Company”), 2019 Juno Nomination - Contemporary Roots Album of the Year (Megan Nash – Seeker), 2017 YouTube Viral - 190 million views (The Dead South - In Hell I’ll Be In Good Company), 2018 - #1 Stingray Satellite Radio (Etienne Fletcher - Cherie Cheri), 2017 SaskMusic #1 Album (Megan Nash – Seeker).

Over the course of his career as an artist/designer/producer, Jared has been nominated for 22 music and design awards in various categories at the Prairie Music Awards, Western Canadian Music Awards, The Indies (Toronto), Independent Music Awards, and the JUNOs. This includes a nomination for “Best Music Producer” as well as being honoured with an award for photography. Jared’s recording studio, Nebulus Entertainment, prides itself on working with Saskatchewan’s industry and artists, regardless of genre or whether you’re a beginner or expert. Genres worked with have included: rock, hip hop, singer/songwriter, pop, electronic, country, orchestral and more. 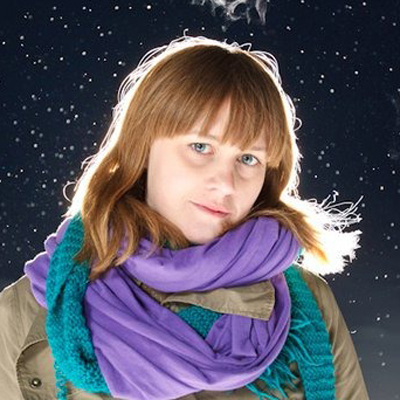 Amanda Scandrett is a Regina-based artist, arts educator, and therapist. She holds a BEd in Arts Education and MEd in Educational Psychology. Amanda is a Sessional Lecturer with the University of Regina in Arts Education and runs a private practice specialising in trauma therapy through the arts and meditation. With 20 years non-profit experience, Amanda is passionate about engaging in the arts through community, social justice, and personal empowerment. She is a co-founder of Girls Rock Regina and has more than a decade of experience as a touring and recording musician. She has performed around the world, including performances at the Vancouver Olympics, SXSW, Liverpool Sound City & Edgefest and has released multiple recordings with Library Voices and ROM DOS.

Derek has been in the radio industry for over 20 years, as an on-air personality on stations with formats ranging from rock, country, pop and classic hits. Throughout those years, he’s also taken on the roles of Music Director and Program Director. Since 2007, he’s been the morning show co-host at ROCK 102 in Saskatoon. He’s long supported the local music scene and their parent company Rawlco Radio has invested nearly a million dollars to Saskatchewan artists with our 10K20 Project. His commercial radio experience has brought his passion for supporting local musicians to the masses as they have successfully highlighted many non-main stream artists into their playlist and seen them rise to success. He believes that Saskatchewan has the opportunity to lead Canada as we continue to grow our local talent into globally recognized performers, songwriters and producers. He sings in a local band and plays with them each year at Rock 102's “Spring Invasion”. He will provide valuable input to SaskMusic and contribute to the constructive development of the organization thanks to his knowledge, understanding and deep passion for this industry. He will act as a strong advocate and provide guidance to ensure Saskatchewan continues to grow leaders in the music industry.

From indie rock to healthcare, and education to electronics, Malcolm Whyte is no stranger to the stage or the laboratory. A professional working at the U of S in the Clinical Learning Resource Centre as a Simulation Technology Specialist, it’s been a lifelong interest in both the artistic and the technical sides of music that has taken Malcolm across the world as a multi-talented touring artist. In addition to his on-stage skills on the bass, Malcolm has developed lifelong relationships with a reputation for his work in the industry with writing, recording, mixing, and producing bands. Attending the Vancouver College/UBC World Music B.Mus program, Whyte studied theory and music instrumentation fundamentals while honing his stage presence as a bassist with Flexure, Frequency Fall and Sara Ciantar. Moving to Saskatoon and finding his niche in Saskatchewan’s vibrant arts scene, Malcolm has since taken on more prominent gigs, playing with The Karpinka Brothers, while showcasing his adeptness while picking up bass duties with country-rock band Aces Wyld and indie-folk/pop band Fisticuffs/Dream Country.