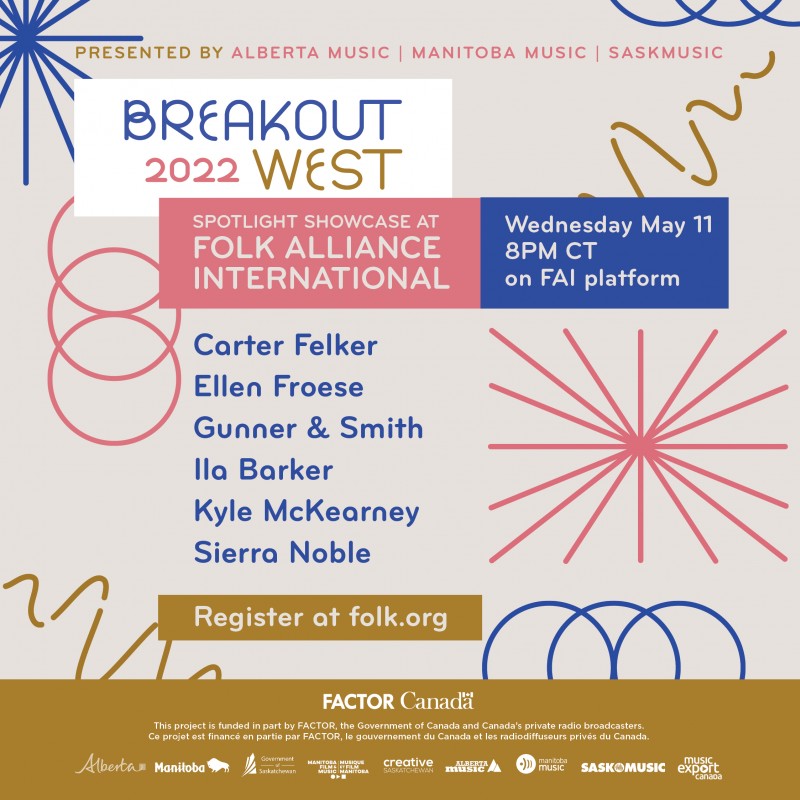 The Folk Alliance International Conference, presented by Folk Alliance International (www.folk.org), is the world’s largest gathering of the folk music industry and community (crossing a diverse array of genres including Appalachian, Americana, Blues, Bluegrass, Celtic, Cajun, Global Roots, Hip-Hop, Old-Time, Singer-Songwriter, Spoken Word, Traditional, Zydeco, and various fusions). The 2022 conference will be a hybrid event, with the in-person portion being held at the Westin Crown Center Hotel in Kansas City, Missouri, May 18-22. The conference was earlier postponed from its original dates of February 23-27 due to impacts of COVID. SaskMusic attends the annual event to present artists, network, take in educational panels and promote the music of Saskatchewan to the approximately 2000 delegates in attendance. This year, we will only be attending virtually.

Jeffery Straker and The North Sound have been selected for prestigious Official Showcases by Folk Alliance International and will be presented in performance in Kansas City for delegates from around the world. These showcases will also be recorded and made available for viewing the following day on the conference’s online platform for virtual attendees. Artists applied for this opportunity directly through FAI’s own intake process.

As well, as part of this year’s conference’s virtual programming, SaskMusic, Manitoba Music and Alberta Music will join together under the BreakOut West banner to present an online showcase of artists on May 11 including Gunner & Smith and Ellen Froese (Saskatchewan), Carter Felker and Kyle McKearney (Alberta), and Ila Barker and Sierra Noble (Manitoba). Folk Alliance’s “Spotlight Showcase Week” will take place May 10-12 and consist of pre-recorded showcases, with eight showcase partners (including BreakOut West) presenting 52 artists from a wide range of genres. BreakOut West will also be participating in a ‘virtual booth’ during the online programming.

Gunner & Smith and Ellen Froese were selected via jury process following a call for submissions distributed to SaskMusic’s membership in November, with the selections then approved by Folk Alliance International. SaskMusic coordinated the filming of showcase performances by these two artists in Saskatoon venues without an audience present.

Conference delegates will be able to tune in to the Spotlight Showcase Week shows live and chat with other attendees.

Public tickets are available to view the online showcases at https://www.eventbrite.com/e/2022-public-showcases-folk-alliance-international-conference-tickets-304077362577.

In-person and virtual conference registrations are open at https://folk.org/programs/conference/register/.

Jeffery Straker
2020 Saskatchewan Music Awards “Roots-Folk Artist of the Year”
Story-driven songs with the power to transport a listener in place and time. Critical comparisons to Harry Chapin, Kris Kristofferson, Billy Joel. An energetic performer with music firmly underscored by a message of hope.

The North Sound
The North Sound is ever-changing with lyrics spanning across haunting metaphors and a sound balanced between today's modern production and the era of Gram Parsons and Emmylou Harris blazing the highways. The group was formed in 2014 by lead singer, songwriter and multi-instrumentalist Forrest Eaglespeaker with his partner Nevada Freistadt carrying the harmonies. The North Sound was created to share stories in keeping with Forrest’s Blackfoot identity and traditions from Treaty 7 Territory.

Ellen Froese
Folk singer-songwriter Ellen Froese’s comforting and husky warble gets crowds a lil’ groovy and commands presence on Canadian and international stages. Clever and slightly self-deprecating, Ellen’s songs get into the places of your heart that hold both those quieter melancholic feelings and those moments of warm contentment that make you want to dance shoulder to shoulder with whoever is around.

Gunner & Smith
Hope and redemption. Philosophy and folklore. The music of Gunner & Smith has always been a collection of fiery elements, blending searing guitars, brawny rhythms and distinct folk-family vocals to produce tightly-knit rock anthems. But on Byzantium, the group’s second full-length album, the songs simmer and seethe with a newfound brooding energy that looks at the darker sides of love, loss and humanity 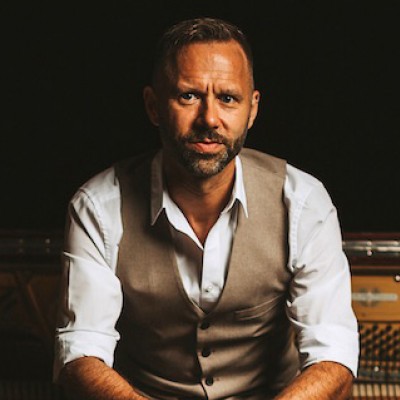 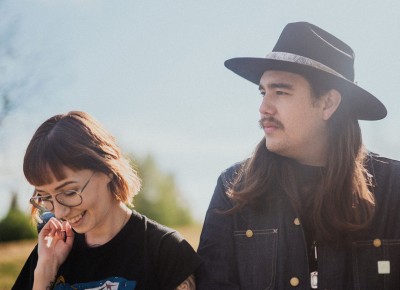 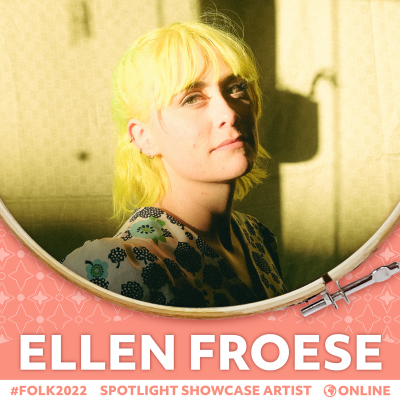 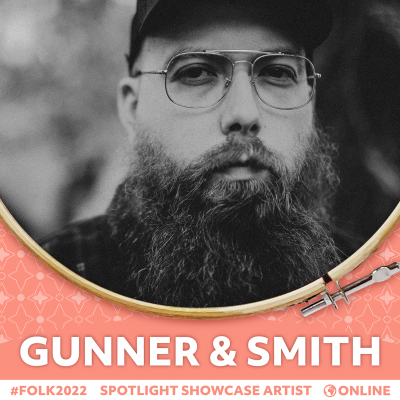