(REGINA) January 13, 2022 - SaskMusic is preparing to announce the winners of the 2021 Saskatchewan Music Awards via a streamed event on Thursday, January 20, 2022 at 8pm CST, on YouTube (www.youtube.com/SaskMusic) and Facebook. The awards are meant to honour excellence and celebrate the achievements of our Saskatchewan music industry members over the past year. Performers for the virtual event will include Saskatoon’s The Garrys, vbnd and Katie Tupper; Regina’s Flash Back, and Cut Knife’s Jake Vaadeland.

With the exception of Album of the Year, all the SMAs will be announced on Thursday. (The award for Album of the Year was announced in mid-December after Hunter Brothers’ “Been a Minute” reached the top of The Best Saskatchewan Albums of 2021 public poll.)

Following the SMAs, the fourth annual Very Prairie Music Summit kicks off, running online January 21-23. An educational event for the Saskatchewan music industry, Very Prairie is focused on career growth, business development and music industry best practices. National and international presenters will dive into an array of topics that we hope will provide practical and straightforward information. We encourage musicians and industry at any stage of their career to attend, learn and share. Registration for the event is free.

SaskMusic would like to thank Creative Saskatchewan and FACTOR (The Foundation Assisting Canadian Talent on Recordings) for their support.

The Best Saskatchewan Albums of 2021 Long List
There were multiple ties in this year’s public poll. 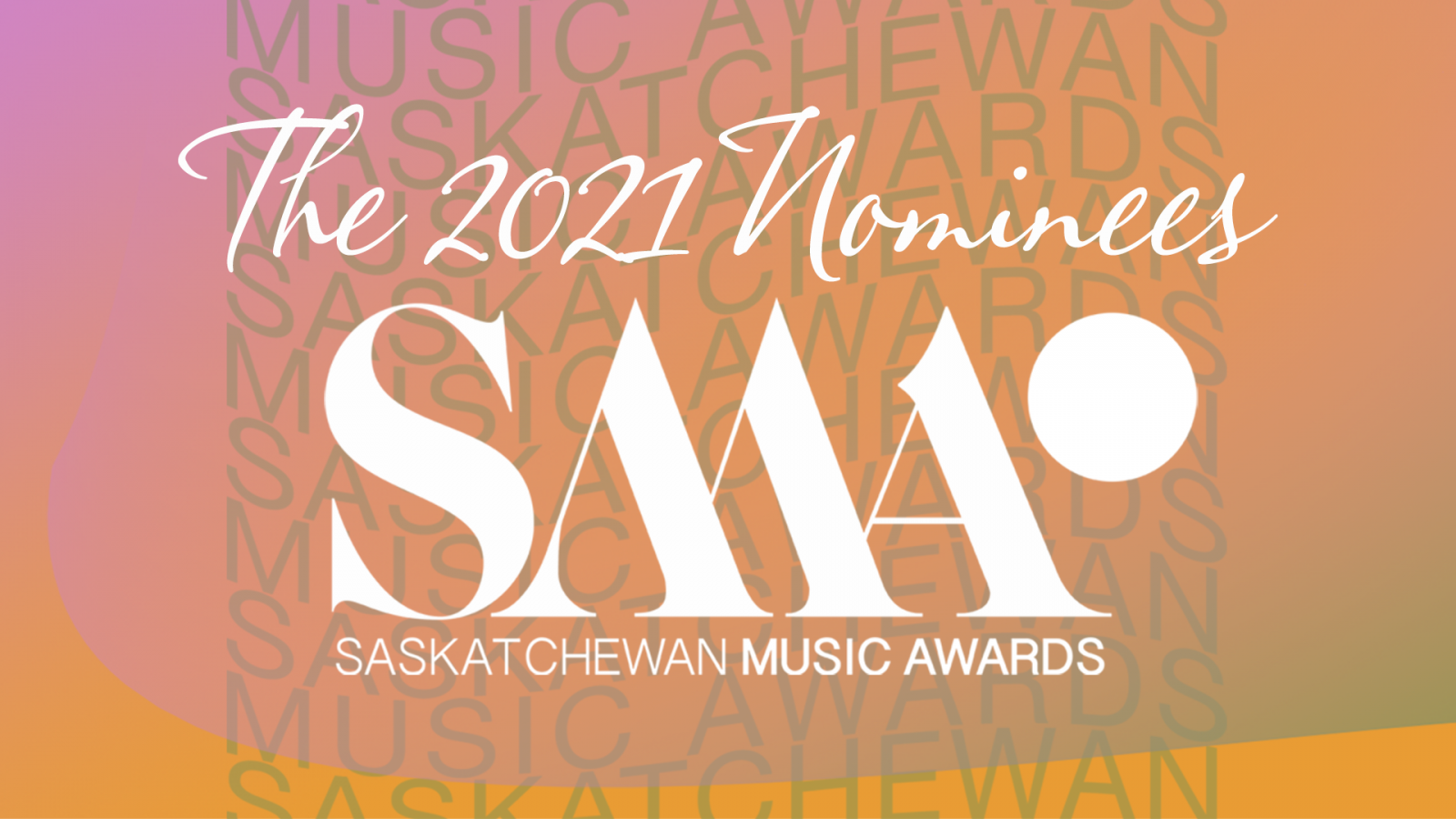 (December 2) - SaskMusic today announced the nominees of the 2021 Saskatchewan Music Awards, via a streamed event. The awards are intended to honour excellence and celebrate the achievements of our Saskatchewan music industry members over the past year. The 2021 awards event will take place in a streaming format on January 20/2022 via SaskMusic’s social media pages. Performers for the virtual event will be announced at a later date. Today’s announcement also included the long list for The Best Saskatchewan Albums of 2021. Now in its seventh year, this annual year-end list was created to draw attention to fantastic Saskatchewan music released in a broad range of styles, and now goes forward for public voting to determine the winner of Album of the Year.

SaskMusic Executive Director Mike Dawson noted, “We are once again inspired by the talented artists of our province, who continued to create amazing music this year. Our industry continues to be heavily challenged by the pandemic, with the livelihoods of musicians and music businesses worldwide affected, but we are encouraged by the resilience and optimism of our industry members. We look forward to celebrating the music of our province with the awards this January.”

The SMAs are being held in conjunction with the Very Prairie Music Summit, an educational event for the Saskatchewan music industry, which will also be held online, January 21-23. We are hoping to incorporate some in-person elements as well. Please follow SaskMusic’s social media accounts, and the main awards website www.saskmusicawards.com, for updates.

SaskMusic would like to thank Creative Saskatchewan and FACTOR (The Foundation Assisting Canadian Talent on Recordings) for their support.

Alternative Artist of the Year

Country Artist of the Year

Electronic Artist of the Year

Experimental/Contemporary Artist of the Year

Hip Hop Artist of the Year

Metal/Loud Artist of the Year

R&B Artist of the Year

Rock/Pop Artist of the Year

Roots/Folk Artist of the Year

Indigenous Artist of the Year

Music Video of the Year

Single of the Year

Producer of the Year

Venue of the Year

Notes to the categories:

Album of the Year
THE BEST SASKATCHEWAN ALBUMS OF THE YEAR: LONG LIST

From all the qualifying full-length album submissions received this year, jurors selected our Long List of 37 albums. Now we turn to the public to determine the Top Ten of 2021, and ultimately the recipient of Album of the Year. We encourage music lovers to discover new albums and then vote for their favourites before the midnight December 16/21 deadline. Only one vote per email/IP address will be counted for the duration of the voting period.

A sample playlist of the Long List is available on Spotify (we live there as “SaskMusic Ziggy”) and YouTube.

The Top 10 albums will be announced via SaskMusic’s social media the week of December 20. More information and voting information is available at www.SaskatchewanMusicAwards.com.