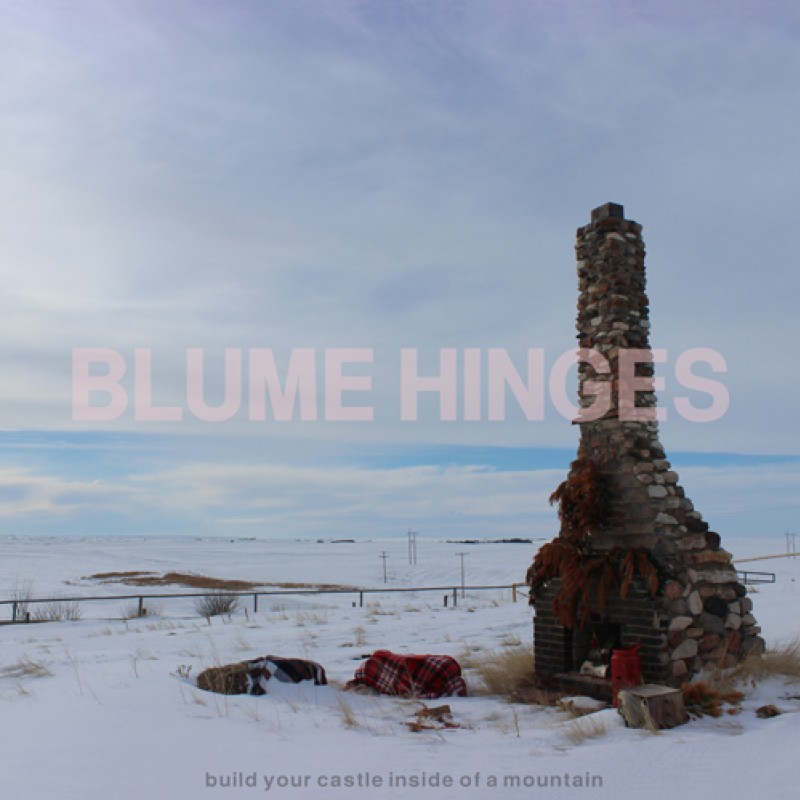 "Build Your Castle Inside of a Mountain" New Album, Out March 19th

Out March 19th is Build Your Castle Inside of a Mountain by Blume Hinges - the moniker of Canadian (Saskatoon) based musician Aaron Egeland with Scott Simon Haus and Justin Hauck.

Build Your Castle Inside of a Mountain is an analysis of an identity-crisis and self-exploration by Aaron Egeland. Titled to convey a sense of solitary artistic expression, the album was written while living in the prairies of Saskatchewan, Canada. Living there, solitude and isolation become part of ones being… and like any human experience it brings ecstatic highs, crushing lows, and sometimes existence just in-between. Each song on Build Your Castle Inside of a Mountain  is intended to illicit a visceral emotional response within that spectrum, exploring the range of feelings and self-reflection that happens within that space.

Musically the album draws from a variety of influences that include rock, punk, shoegaze and even a bit a folk – all in forward looking post styles that explore unconventional song structures and arrangements. For Egeland’s sophomore album he has once again collaborated with multi-instrumentalist Scott Simon Haus who supplies the bass and keyboard duties along with occasional additional guitars and drum programing. The live acoustic drums this time are performed by Justin Hauck.

Stream or Buy the album: https://orcd.co/blume-hinges-bycioam

Canadian (Saskatoon) based Aaron Egeland writes original, hook-driven, melodic material that draws heavily from: alt rock, noise rock, and grunge with experimental leanings influenced by an eclectic array of rock and pop artists. Back in 2016, Egeland began a long-distance collaboration with Chicago-based multi-instrumentalist Scott Simon Haus along with drummer Rodney Veinot to flesh out and fully realize the material he had written – under the moniker Blume Hinges. The end result was Egeland’s 2017 full-length debut, We Float

Blume Hinges sophomore release, Build Your Castle Inside of a Mountain, is due March 19th, 2021. Egeland states, "Songwriting and music have always been solitary pursuits for me... and I enjoy creating little worlds, little microcosms of stories in song form. For me, my songs are little illusions, little fictional stories. And for a long time, no one heard them except for me. So, for me, the new record represents building something beautiful."