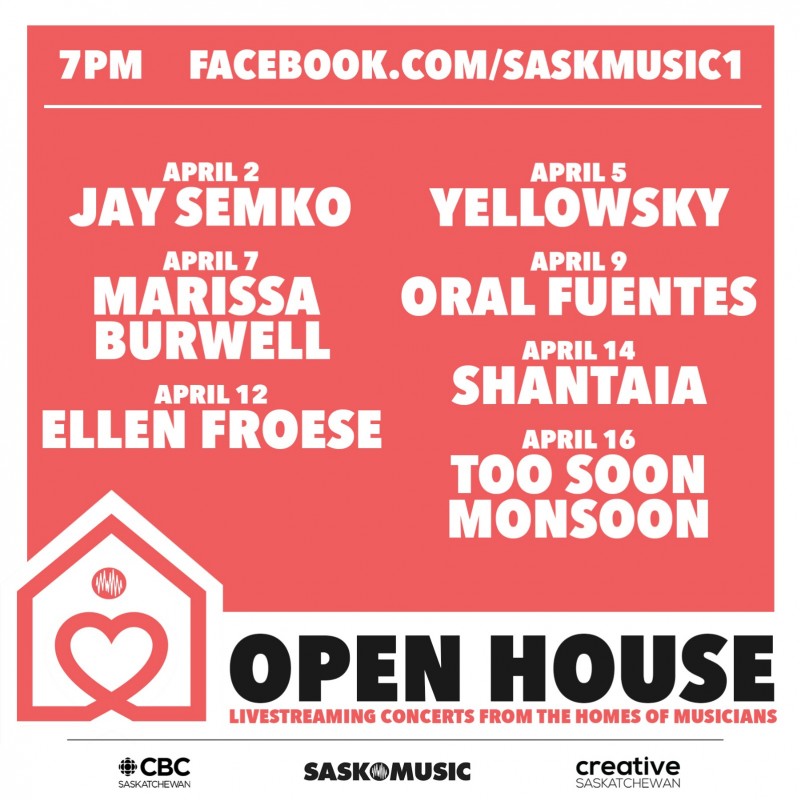 For the month of April, SaskMusic and CBC Saskatchewan will be presenting a series of Saskatchewan-based artists live on Facebook. You can join us every Tuesday, Thursday and Sunday for an eclectic mix of music from across the province! www.facebook.com/SaskMusic1 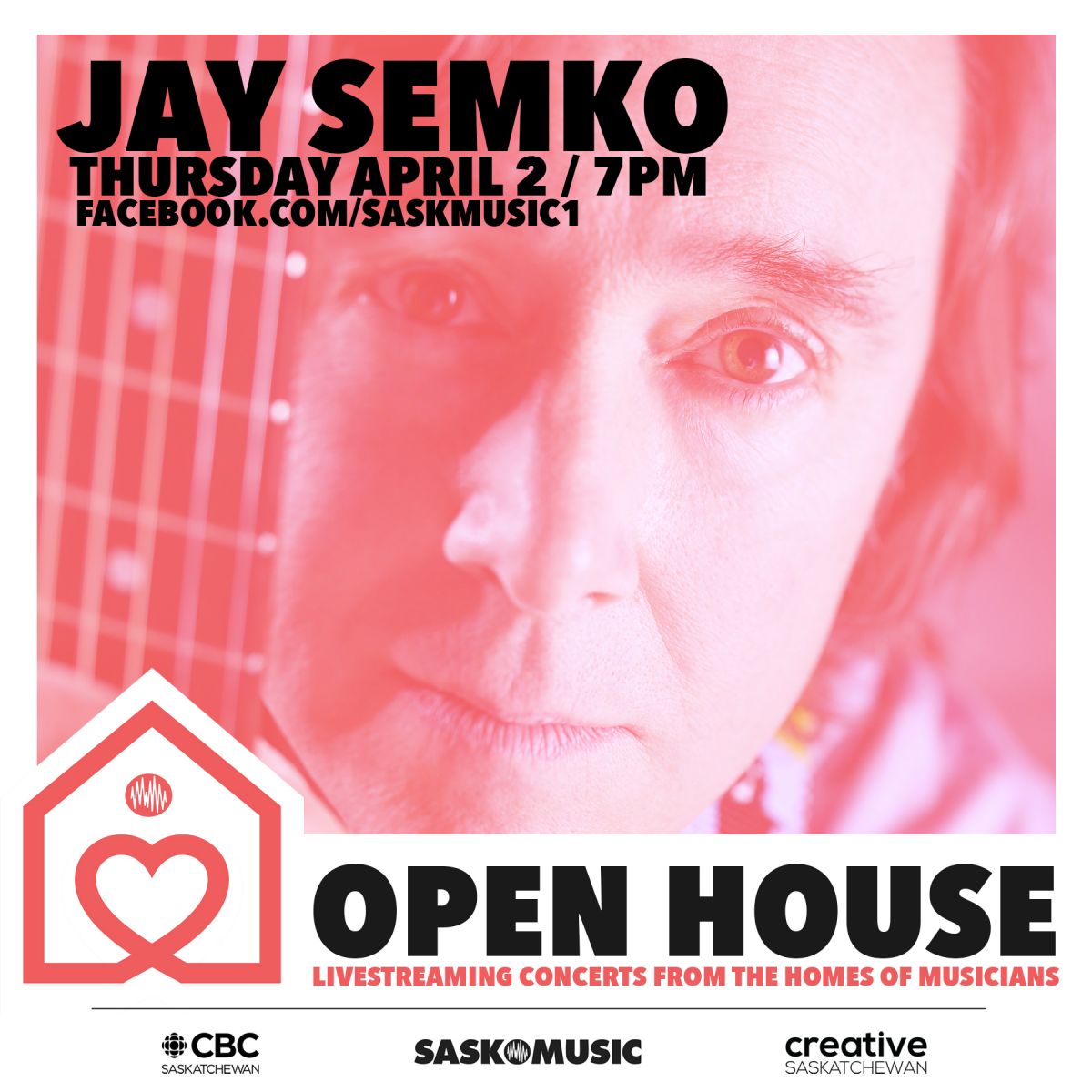 Jay Semko is known as singer/bassist with multiple JUNO Award nominees and Western Canadian Music Hall of Fame members The Northern Pikes, and as an award winning music composer for numerous film & TV productions. He is considered one of Canada's premiere singer/songwriters, with 10 solo albums released. Jay has written and recorded with many of the best songwriters and musicians in music, and in 2019 the Pikes released their 9th album of original material, "Forest Of Love". Jay continues to tour across Canada solo and with the Pikes, sharing his songs and adventures from his life in music. 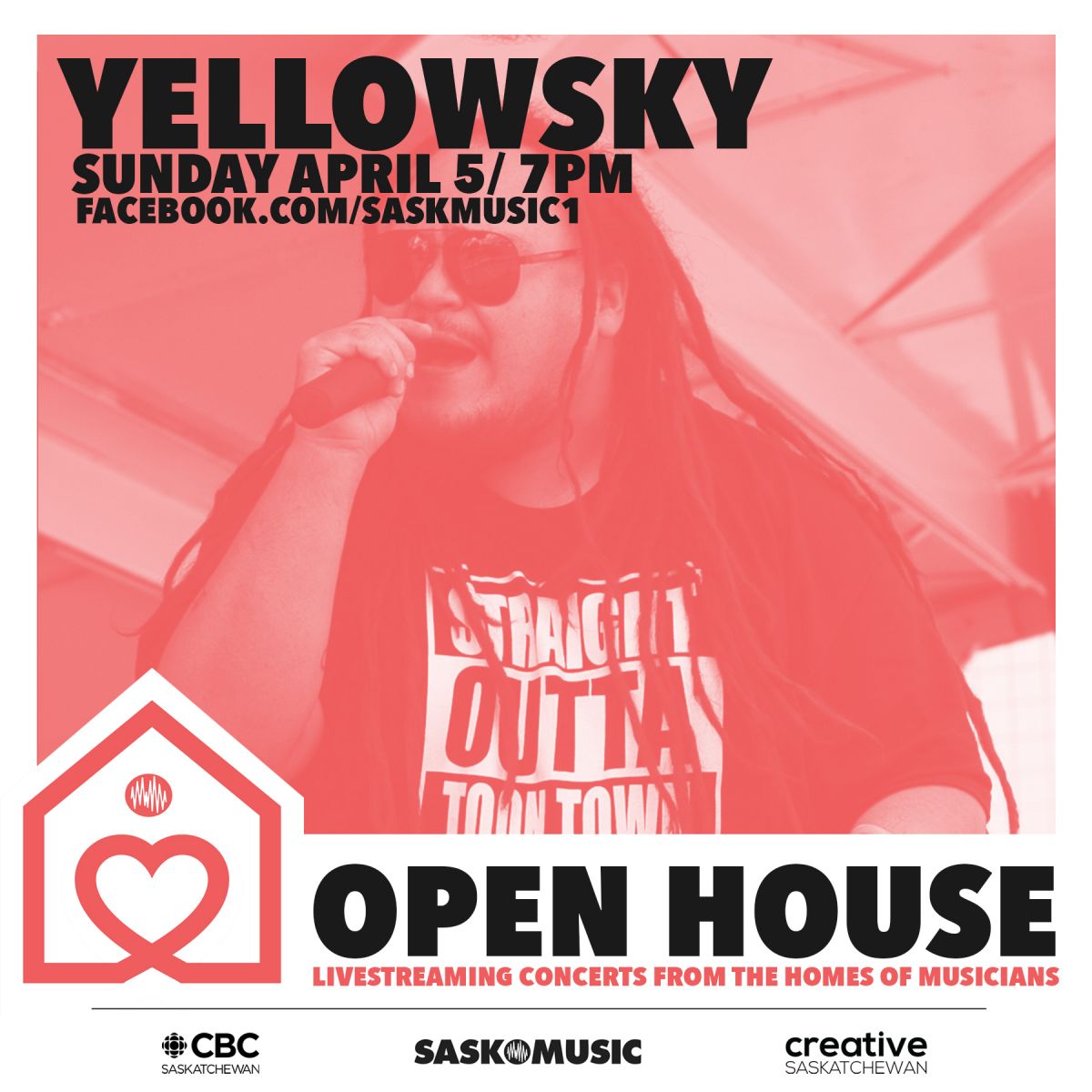 His name is was given through ceremony at the age of 4. Hailing from Saskatoon, Saskatchewan. Originally from the Sweetgrass First Nation (Treaty 6 Territory) & representing South American bloodlines. Yellowsky (Osowaskwan) is arguably one of the most prominent, important Indigenous rappers rocking in Canada right now. His flow to massive, bottom end-heavy beats pay homage to the grimy city life of the most classic of hip-hop music while his elastic, malleable delivery harken to the traditions of both classic Jamaican deejaying and more modern MC styles. 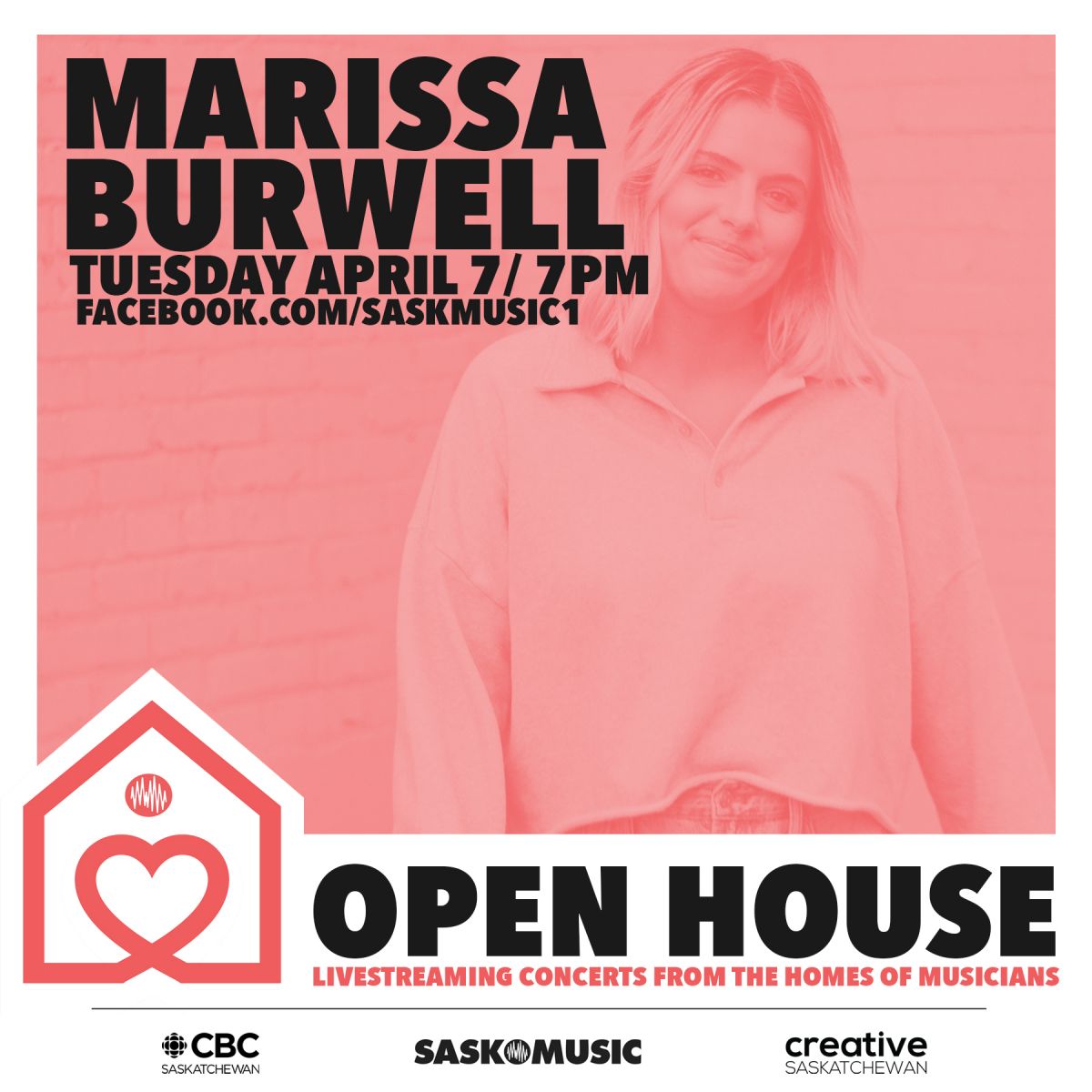 Marissa Burwell is a singer-songwriter known best for her captivating yet endearing performances. Her debut self-titled EP released in early 2019 shows an artist finding her sound as she sings consummate songs for a late drive home or the score to a deep conversation with your closest friend.
Born and raised in Regina, Saskatchewan, she has been writing songs for her own ears since 2010, however it was not until 2018 that she started to cut her teeth in the local scene. Her tremendous control and laid-back melodies make her first effort an easy listen. 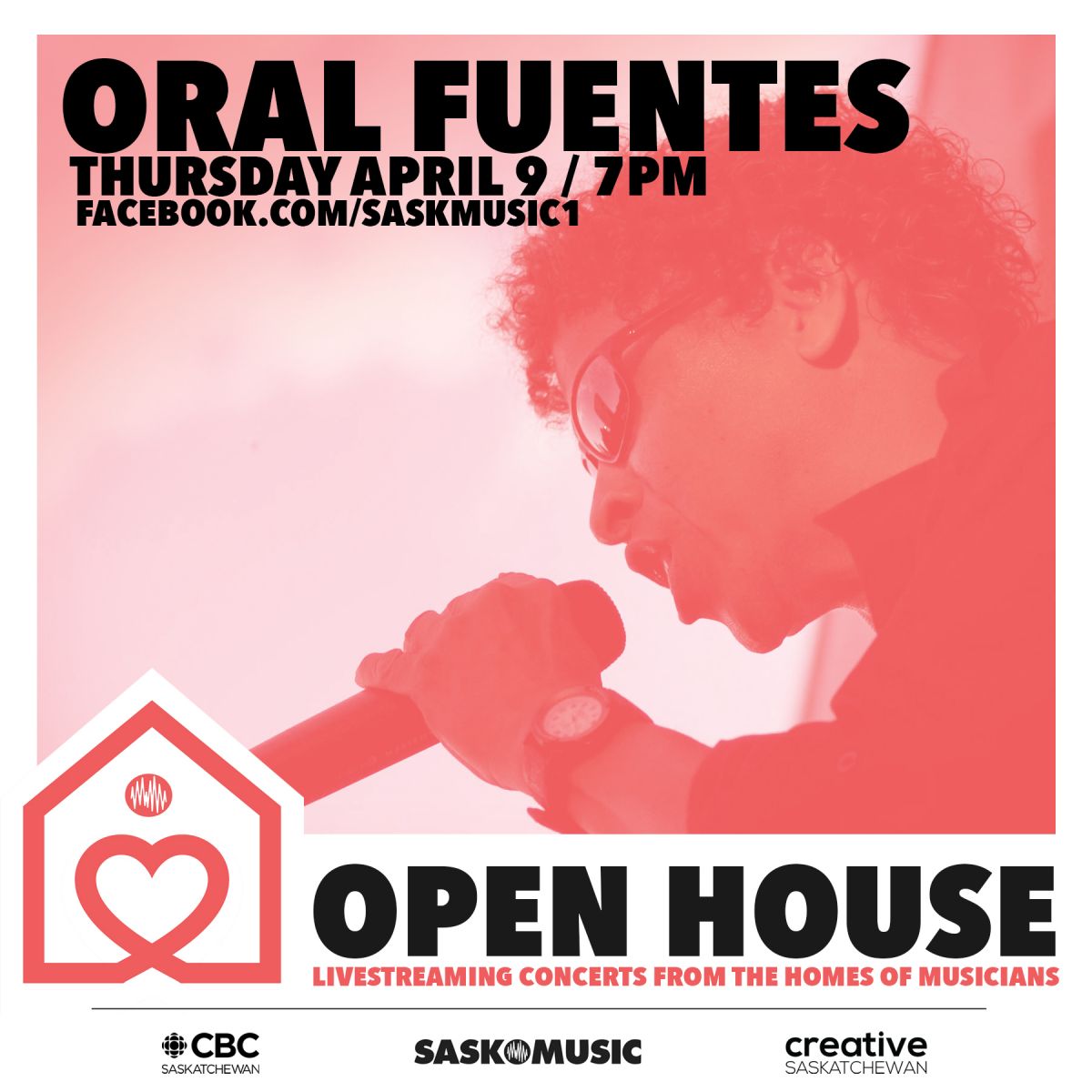 Oral Fuentes hails from Belize......
Oral Fuentes Reggae Band is a mixture of Reggae with a Afro/Latin Fusion. The Band is consist of members from Belize, St. Lucia, Ghana, Nigeria, Philippines, Fiji, Seattle USA, and Canada. 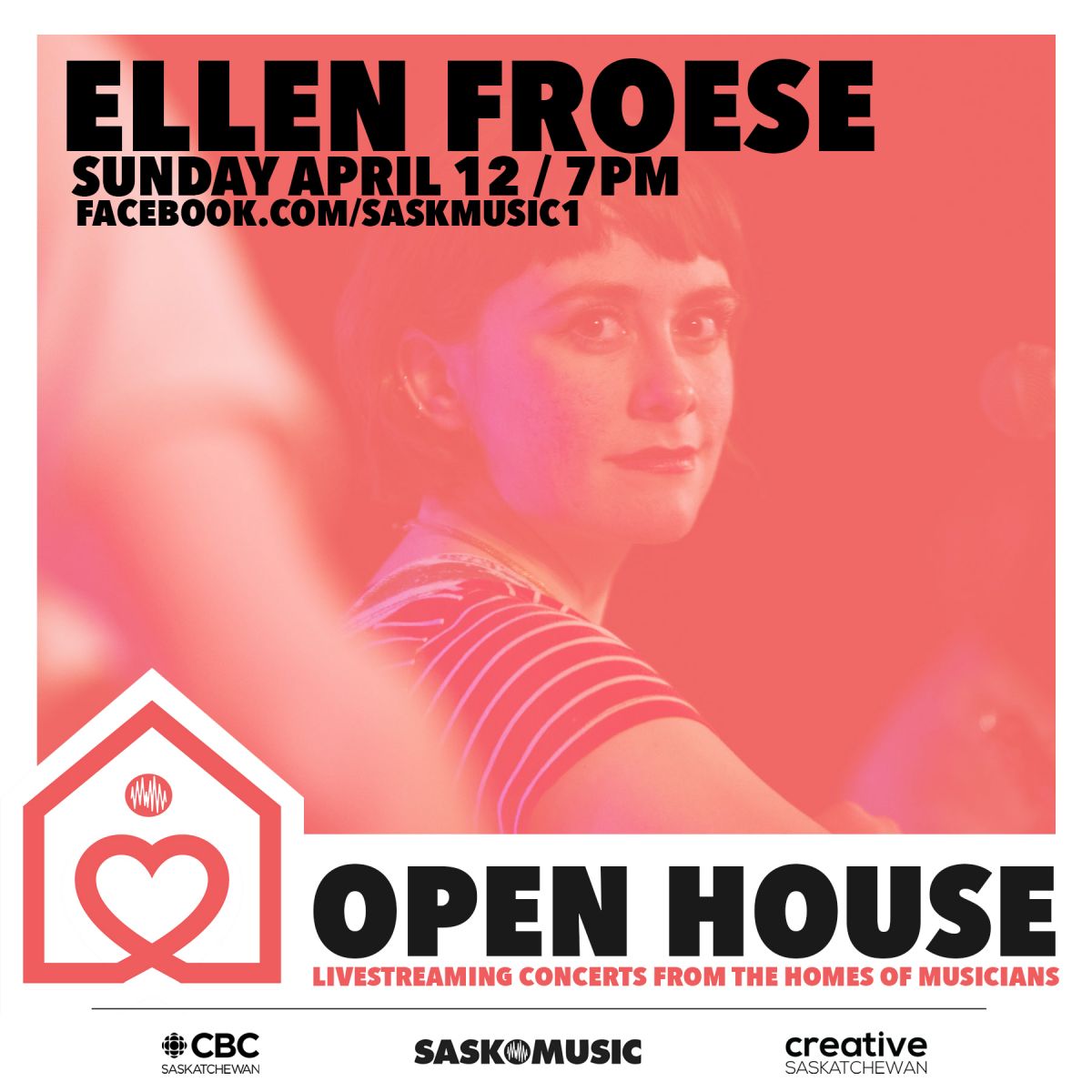 Hailing from a dairy farm in the heart of Saskatchewan, young folk singer Ellen Froese swiftly made her presence known in the Canadian music scene. Whether performing a folk traditional, a rock 'n' roll classic with her full band, or her own compositions, Froese handles it with an air of authenticity – all tempered with a healthy dose of humour and self-deprecation. The last couple years have brought main stage slots at festivals like Regina Folk Fest, and tours through Germany’s DevilDuck Records. With four albums behind her, Froese released full band record 'Fightin' Words' in November. 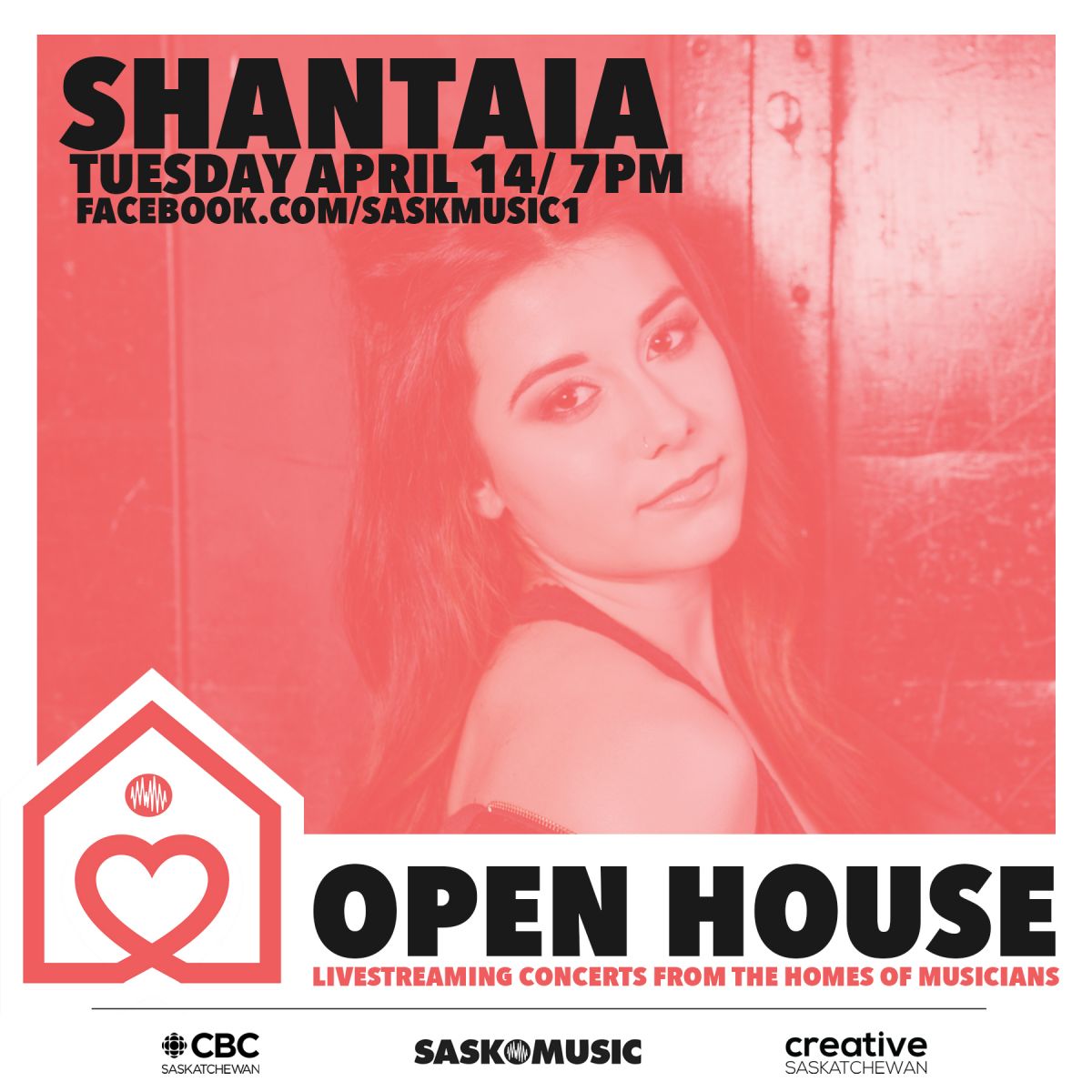 Shantaia is a Country Singer/Songwriter hailing from Spiritwood, Saskatchewan. With her powerful vocals, Shantaia’s voice, much like her name, is unforgettable. Shantaia has opened for big names such as; Kane Brown, Chris Lane, Emerson Drive, Charlie Major,The Bellamy Brothers, Ryan Hurd and Cold Creek County. The 2019 SCMA Emerging artist of the year released a new single on January 3rd 2020 called “I Wish You Would” which curated over 100,000 streams on Spotify in less than a month and is available on all social media platforms. Her debut EP "Chapter One" is set for release in April 2020. 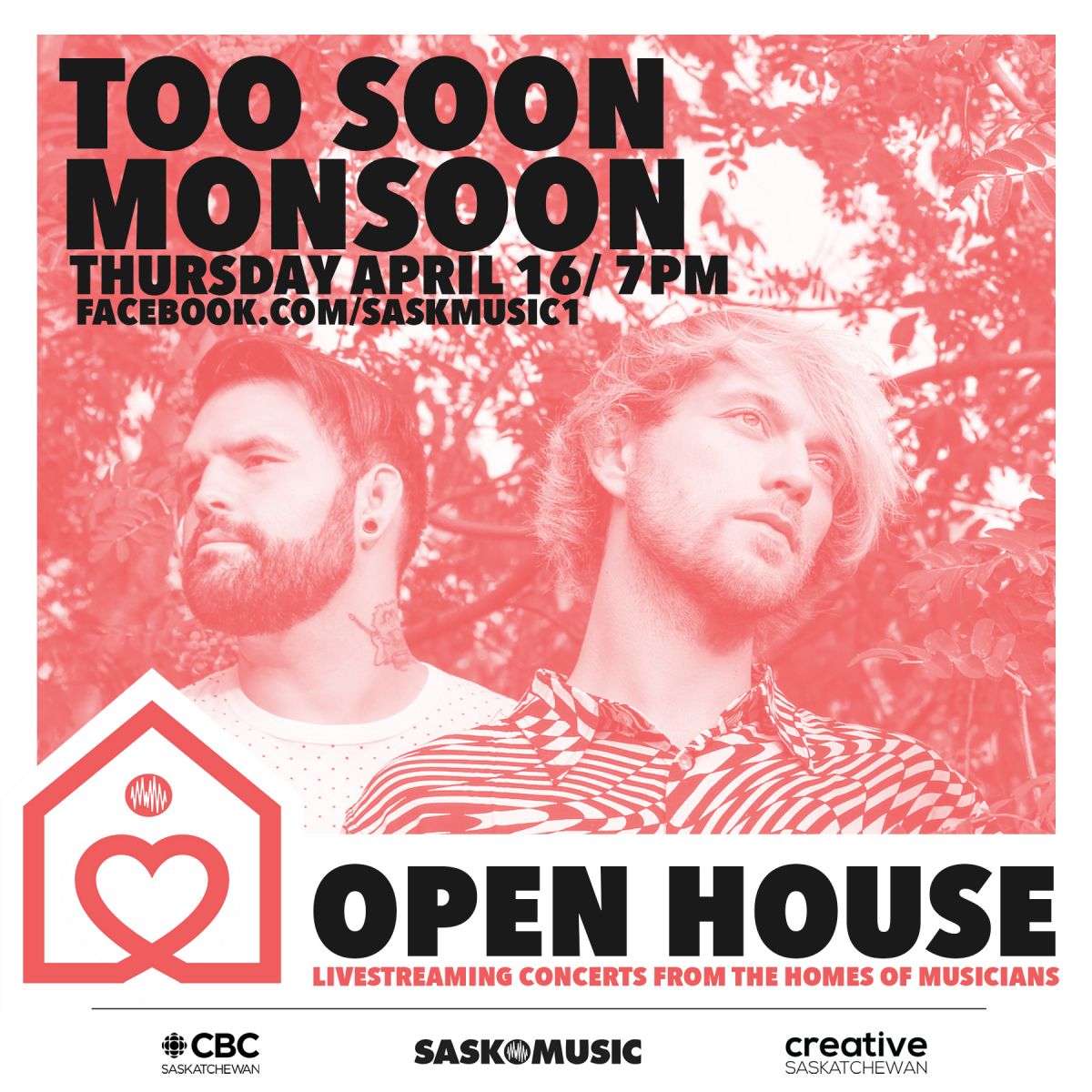 Beginning 2020 with performances at Calgary’s Big Winter Classic and Edmonton’s Winterruption (and a planned JUNOFest headlining show), Saskatoon based band Too Soon Monsoon have now started to work on the follow-up to 2019 full-length album Waves: We Provide What We Absorb, We Absorb What We Provide. The album - produced & mixed by Adam Grant and mastered by Trevor Case - went on to be named Sask Music’s #9 SK Album of 2019.