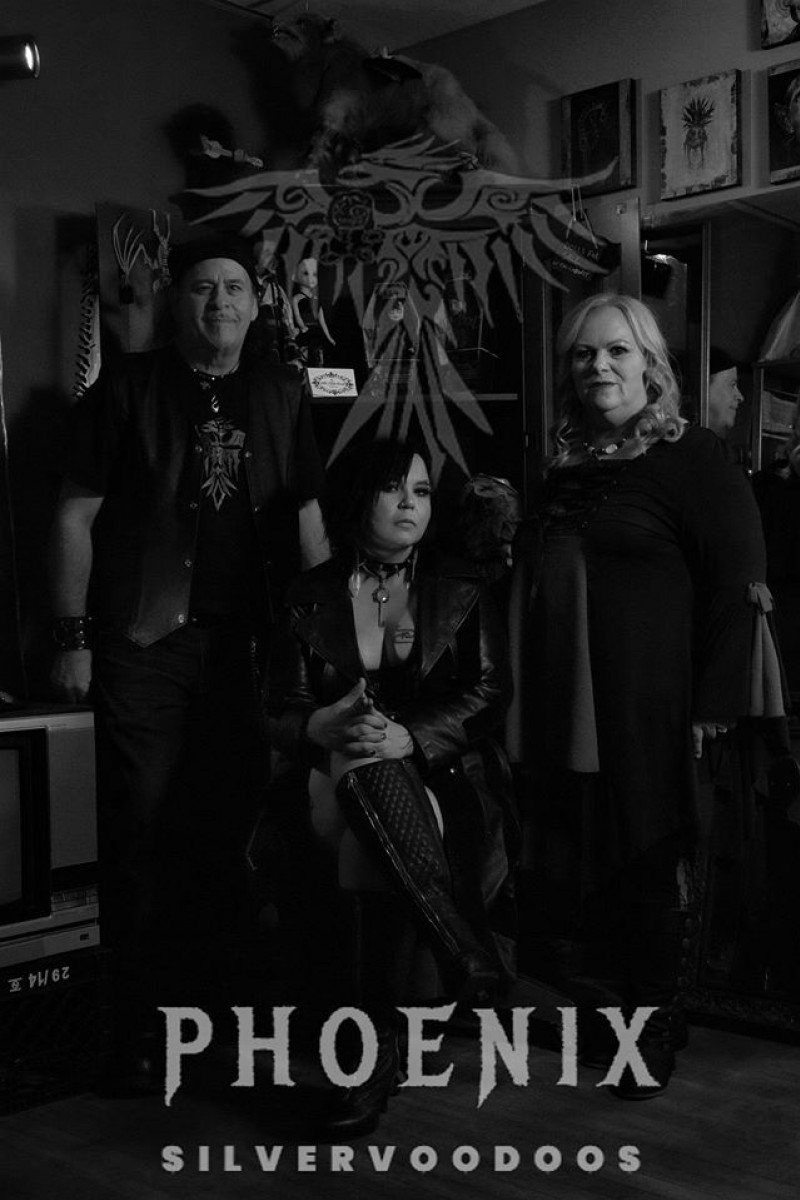 PHOENIX AND THE SILVERVOODOOS TO RELEASE THEIR SELF TITLED EP

Phoenix and the SilverVoodoos will be releasing their self titled EP in early 2020.  The band is gaining popularity and is excited to bring their hard and heavy rock music out of the basement onto the mainstream.

Phoenix and the SilverVoodoos is an independent rock band from small-town Saskatchewan.  You are going to want to listen to this rock’n female-fronted band.  The music is loud and powerful, full of grinding guitar licks, and rugged vocals and with lyrics that will touch your soul. Audience feedback declared Phoenix and The SilverVoodoos “a Rock and Roll Revival”!

Phoenix Christa is the creative genius behind the band.  Phoenix writes lyrics from her heart and soul.  She writes music about her life and her experiences as she navigates through her world.  Her creativity in both music and visual art gives the band a strong presence. Watch for Phoenix and the SilverVoodoos to appear in bars and clubs as they continue to increase their popularity through the release of their self titled EP.  The band will also be heading back to the studio to complete the recording of their first album.

You can find their music on most streaming media, such as Spotify and iTunes, etc.  You can visit their website https://phoenixandthesilvervoodoos.com to hear their music, purchase their unique merchandise and sign up for their newsletters and receive a free download of their live recording of “Til I Die”.

Formed in late 2015, Phoenix and Tthe SilverVoodoos is an original indie rock band from Asquith, Saskatchewan Canada.  The band consists of founder and frontwoman Phoenix Christa, guitarist Roland King and drummer Linda King.  Phoenix and the SilverVoodoos’ music can best be described as loud and powerful with Roland’s heavy guitar, Phoenix’s rugged vocals and her grinding guitar licks combined with Linda’s engaging beats.  This band’s dark and mysterious sound is sure to please your “rocker” soul.  They have been described as having a “Black Sabbath vibe” and have been compared to the “Runaways”.