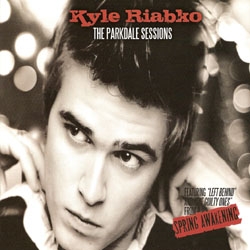 “This new rock/pop album from singer/songwriter Kyle Riabko features 10 tracks and is named after the Toronto apartment where Kyle recorded most of the record. It was released during his stint as Melchior in the Tony-award winning play, Spring Awakening. This album features Kyle’s take on two songs from the play, Left Behind & The Guilty Ones in addition to six other new tracks.”