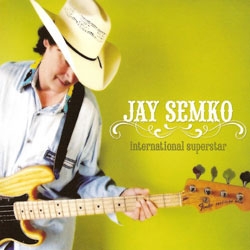 “On his third studio record and sixth solo release, Semko steers away from the white line of straight-ahead, radio-friendly pop he was known for with the Northern Pikes, heading instead down the gravel country roads. The result is a soulful, sweet offering that shares similarities with Buck Owens. Recorded in Saskatoon, with several of the songs co-written in Nashville, Semko uses these rural locales as further inspiration.” (Exclaim!)