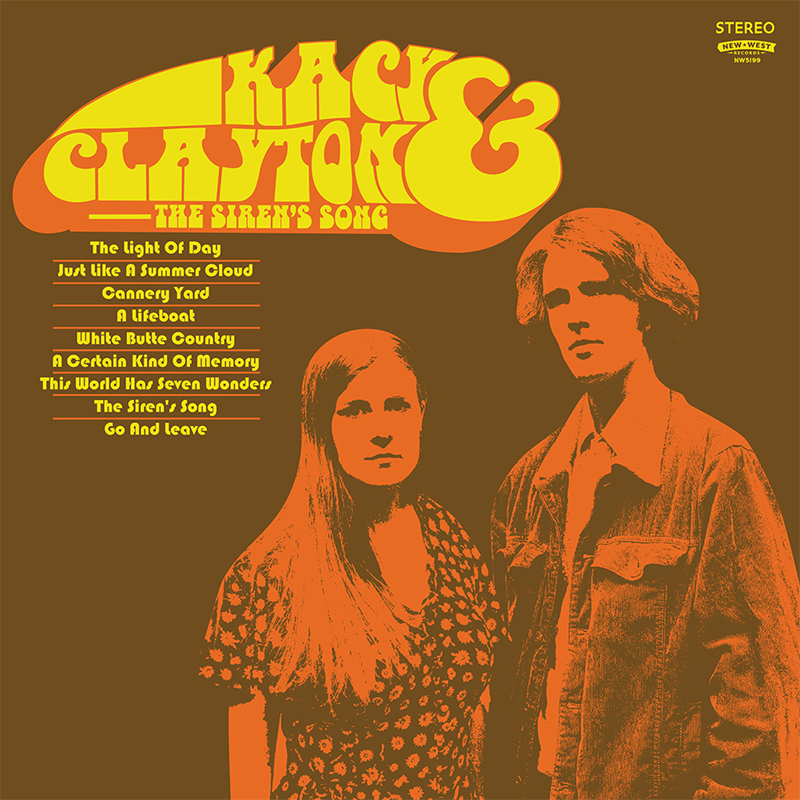 Following their 2016 record Strange Country, The Siren’s Song (New West Records) is the first album on which Kacy Anderson and Clayton Linthicum have incorporated electric full-band arrangements. The album’s sound is an arresting amalgamation of psychedelic folk, English folk revival and the ancestral music of Southern Appalachia. Rounded out by Mike Silverman on percussion and Shuyler Jansen on bass, it encompasses ‘60s and ‘70s folk and traditional country influences, but also introduces a new emphasis on groove. “The second cousins hail from rural Saskatchewan, where they absorbed knowledge and borrowed instruments from their elders, did their own record collecting, filled in the gaps with obscurities others posted online, and developed their musical voices in tandem, valuing freedom alongside familiarity.” – NPR. “Like something out of a dreamy folktale, [they] seem to have been beamed down to us from a hazy summer sky...Kacy & Clayton have homed in on their sound – a dreamy twang, like Laurel Canyon but country. A heavenly blend of Clayton Linthicum’s trippy guitar melodies with Kacy Anderson’s haunting, filigree vocals are grounded with lyrics about youthful angst and the struggle to know yourself.” – No Depression.