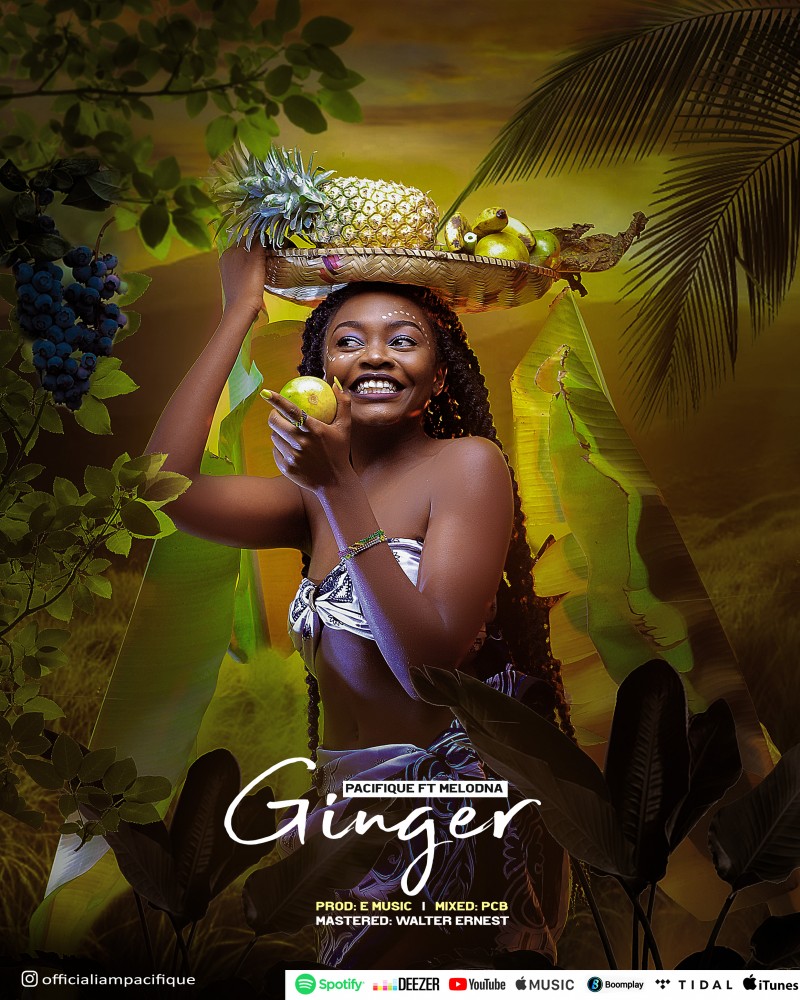 African artist from Tanzania, Pacifique, is shaking things up in Canada with his unique sound. His sound is described mostly as Afrobongo, with a hint of afrobeat from Swahili nation, as well as alternative R&B and dancehall. Pacifique’s first release, 'Mamacita' featuring Zweii, opened up doors of opportunity for his music career.

'Ginger' is a song that was inspired by Pacifique and wrote by him and he wanted to bring to genre of music together Afrobongo and afrobeat in one. As he was looking for a feature on this single he was moved by Melodna's vocals and flow and decided to feat her on the track which come out to be as one the best song in Rwanda "African" in some Redio stations. I thank Melodna for putting vocals on this track as well as Adeoluwa for helping out and Walter Ernest for the best mixing and mastered version of the song.

It is a Swahili song that mixes with English laughing and Swahili is language is from East Africa. The song is dedicated to someone you want to merry show all you affections with as well as a person you'd take your parents to show. It speaks highly of things you'd love to do with that one special person through action and romance.

For more about Pacifique, visit: