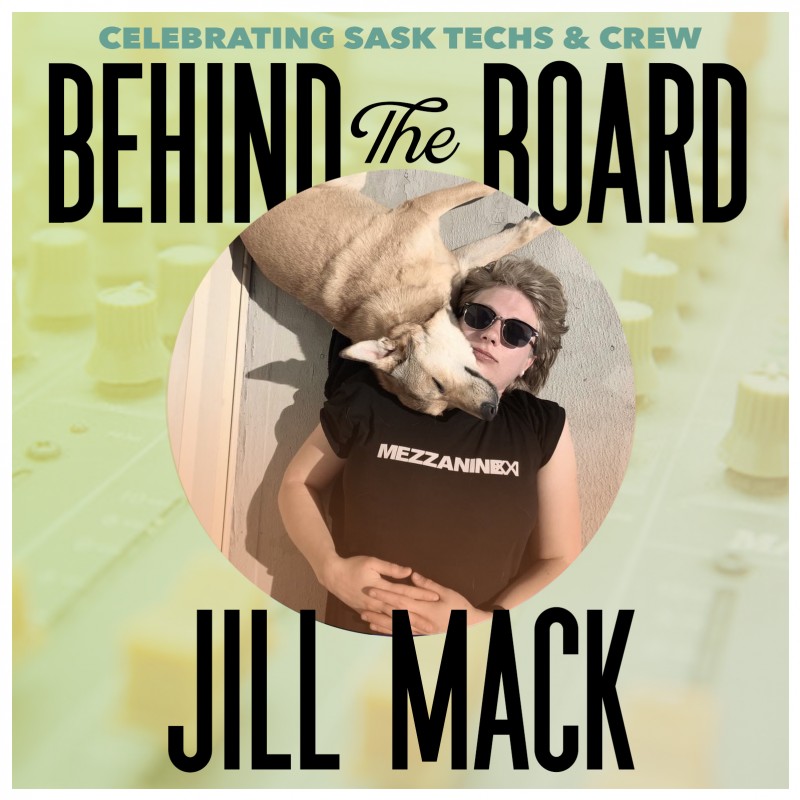 Behind the Board: Jill Mack

About me: I have been working in live sound for the past 10 years. Mainly working festivals all over the province including Gateway Festival, Regina Folk Fest, Country Thunder, Sasktel Jazz Fest, and Ness Creek Music Festival and various venues throughout Saskatoon. When touring was a thing, I would tour as a FOH engineer for The Pack A.D. I also run projects out of my home studio (The Wood Room) recording local bands and creating soundscapes for theatre and video projects.

Favourite show you’ve ever mixed: Mixing The Pack at this place in Brno, Czech Republic. I can't remember the name of the venue, but it was this amazing vegan restaurant in the front and then as you walked through to the back there was this huge separate concert space. The gear was awesome, the food was amazing, the people were amazing and I remember having such a kick-ass show. I love touring Europe.

Advice for new or emerging artists: Learn the language and how to communicate with the tech crew. Learn appropriate stage volumes based on the room and what you want to hear in your monitor.

We all want the best sounding show possible, so if your guitar player is asked to turn down it is because it will benefit the sound of the show (and probably everyone else on stage.)

Advice for established and/or touring artists: Don't be a dick to the local crew. We are all on the same team, we are all busting our butts to have the best possible show and nobody cares about your ego. Most professional touring acts are lovely to deal with because they understand the levels and rigorous toll of touring, but there seems to be this come-up/come-down level where egos bubble and tensions rise and that can be taken out on the local crew.

Favourite piece of gear: Whatever is working properly. If I have any say in the matter, a great sounding PA.