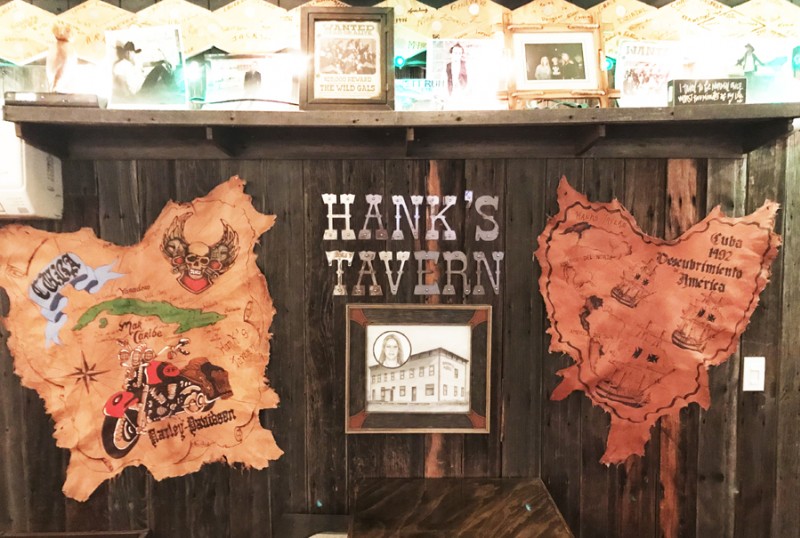 Bradwell is not necessarily the first place that comes to mind when plotting a tour of Saskatchewan. But it’s definitely not somewhere you want to forget, as it is home to the legendary Hank’s Tavern.

I first heard of Hank’s at the Saskatchewan Country Music Awards, when they took home the award for Nightclub of the Year. The crowd’s reaction was incredible and I found myself asking “Where the heck is Bradwell, and why have I never been there?”

They’ve now been handed that award three years in a row. I had a chance to chat with the one and only Hank Ukrainetz, the woman behind this gem on the prairies, located in a community of just over 200 people.

“I’ve always wanted to be a business owner,” Ukrainetz explains. “In 2009, when The Bradwell Hotel came up for sale, I knew it could be a viable business venture. I wanted my friends, family, and surrounding communities to have a place to go to socialize and listen to live music. So on May 1, 2009, Hank’s Tavern opened.”

Scrolling through their social media, you get the sense that people feel right at home at Hank’s, whether they’re watching a Roughrider game and getting a free drink every time the green and white score a touchdown, attending a pool tournament or fundraiser, or rocking out to a killer band.

When Hank’s first opened, Ukrainetz says the tavern was very small, so she would have live bands out in the backyard in the summer time.

“When winter came, we would pack people inside and had some smaller bands come entertain us. But I wanted to have bands year-round, so knew I needed to make the tavern bigger. In March of 2011, the main sewer line broke and I had to rip down part of the building in order to do this major repair. It was an unexpected expense, but it gave me the opportunity to add onto the building so we could hold bigger events.”

Come October 2011, the repairs and renovations were enough to start having bands play inside.

“My first event was Jordan Cook (a.k.a. Reignwolf) of Saskatoon. Starting in 2012, I went into full swing and had local and Saskatoon bands monthly, mainly cover bands. But, starting in 2014, I wanted to get bands that had original music. I felt there were tons of cover bands out there and the bands with their own original songs and music were the bands that needed more exposure. I knew it would be a tough transition as patrons weren’t aware of some of the original music, and change is always tough in a small town. So I started by hiring Lisa Moen, and from there, other bands started reaching out to me.”

Since then, the list of Saskatchewan artists who have come out to Hank’s Tavern is pretty endless. It includes No Fixed Address, Topher Mils, Aces Wyld, Shantaia Poulin, Stone the Witch, Wenches & Rogues, Penny Reign, Codie Prevost, Brody Siebert and Brock Andrews.

“In 2015, being a friend of Adam Hicks from One Bad Son, we lined up our first OBS show at Hank’s Tavern through their agent. From there, the agency continued to reach out to me to get some rock shows out to the tavern. We’ve had the pleasure of having Big Sugar with opening band Triggerfinger twice on their Canadian tour - once on their way west and once on their way back east. After that, I had The Trews in November 2016. It’s really hard to have these big bands come out to the tavern as the place is so small, but the crowd loves the feeling of being so up close and personal. One Bad Son has rocked out at Hank’s Tavern several times and they say they will always come back to Hank’s Tavern no matter how big they get.’”

As for all the SCMA awards the tavern now has under its belt, Ukrainetz says it’s still “so surreal.”

“Though it was never a goal of mine to win such an award, it is a great feeling to know that Hank’s Tavern is (getting) noticed. My main goal is always to hire and promote live original music. Renovations are a constant happening at the tavern, as I want to make the building bigger and better for the patrons and bands.”

With such passion behind her business, Saskatchewan is lucky to have Hank and the business she’s built from the ground up. If only the walls could talk! 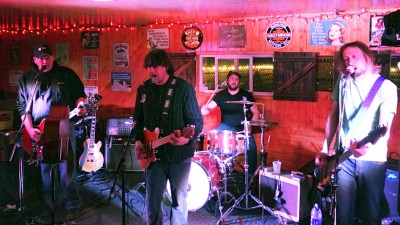