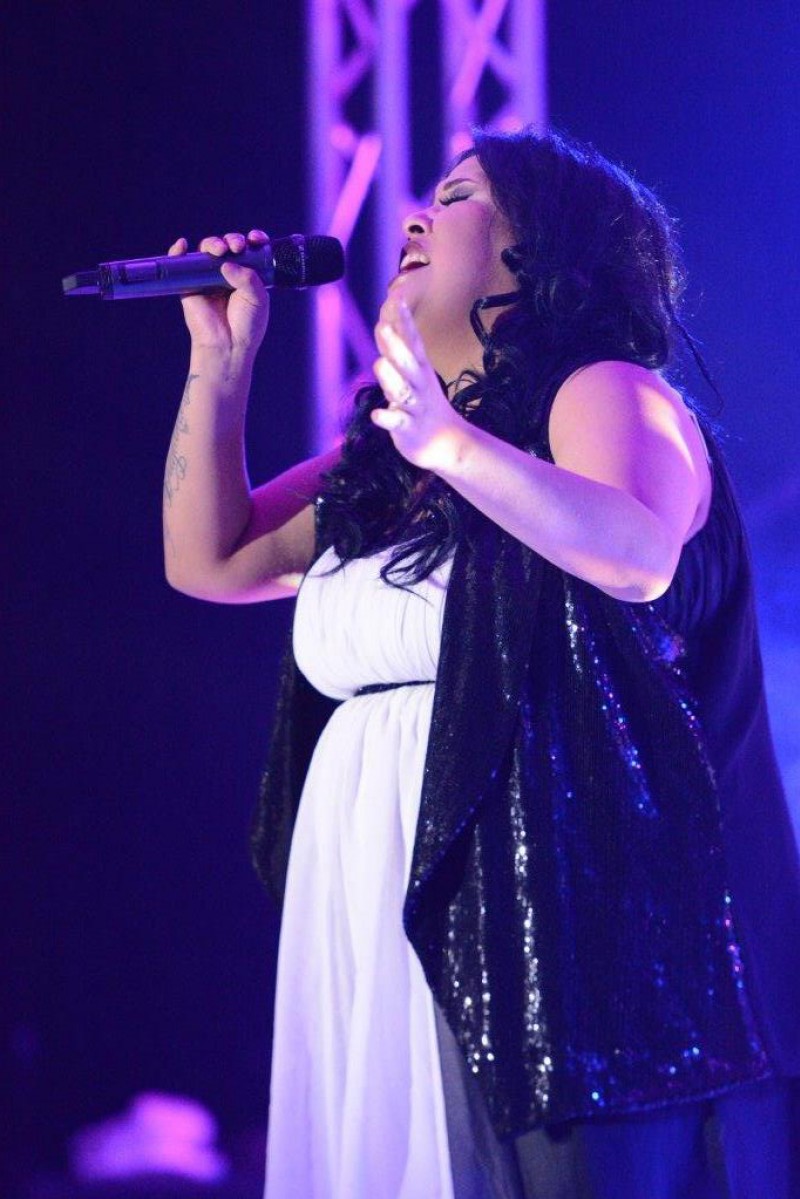 Terri-Anne is a well-established entertainer, known as “the little girl with the big voice,” who wins over fans with an engaging stage presence and incredible vocal range. More recently, Terri-Anne has been mastering the use of Facebook, and live videos, to reach even more fans (with 29,000 Facebook followers, increasing by the day).

“Music was always a part of my life as I was growing up. My father, the fiddle player Lawrence Strongarm, played for many years, even before I was born. I myself started singing at the age of five. I would sing at all the places that my dad and his band Highway Express would play. As years went on, at about the age of 14, I decided I would enter my first talent show. I never would have thought I would still be here singing and performing. But since the first time I stepped on stage, I was destined to pursue a career in music.”

Growing up on the Star Blanket Cree Nation (north of Balcarres, Saskatchewan), Terri-Anne listened to a lot of “old country music” as a young girl, and has a developed that love into a particularly keen skill for its interpretation.

“When I perform live shows, I always go back to that, and sing a lot of songs from artists such as Merle Haggard, Johnny Cash and Kitty Wells, to name a few. I guess you can say I have become well known for singing a lot of country classics. When it comes to my live performances, people can expect to see a lot of dancing, hearing old country tunes, and a lot of old time fiddle music!”

Indeed, Terri-Anne’s voice can handle pretty much anything, from standards such as “Stand By Your Man” to more contemporary selections by Martina McBride and Gretchen Wilson, alongside her own original material. If you’re lucky, you’ll also catch her demonstrating her jigging skills.

“All the musicians that have been in my life are my influences when it comes to my music. Each musician would always inspire me and encourage me to keep on singing. When I would see them performing on stage, I could see how much they just loved to be on stage and doing what they loved. Seeing that was what influenced me the most as an artist.”

As someone who started singing when very young, Terri-Anne has already garnered a significant following and has had many career highlights throughout the years. These include winning the CKRM Big Country Talent Show at just 19 years of age, as well as Dakota Dunes Idol, and GX94 Yorkton Star Search at only 14 years of age. She’s had a number of singles receiving airplay throughout Canada and abroad, and was recognized as Youth Role Model in the Saskatchewan First Nations Circle of Honour Awards.

But the 29-year-old says it’s her most recent accomplishments that stand out. “From the age where I started singing up until now, this past year has been the best of my music career. Ever since I generated over two million views on social media, I have been getting a lot of opportunities and traveling to places I have never imagined going. This past year’s success came as a big surprise to me and my family, as I didn’t expect to get such a huge response from my social media followers. The fans have become a great impact on my life - because they are the ones who encourage me every day to keep singing and doing what I love!”

What can we expect to see next from this talented singer?

“In August, I spent a week recording new music in Henderson, Nevada with a great producer (originally from Regina), Grant Hall. So we plan on releasing new music this year! Along with a new album, I am planning new tours across Canada and the USA. And, I am excited to be launching a new clothing line, Amo Kiya, which in the Cree language incorporates my traditional Cree name: ‘Bee’, and Kiya meaning ‘You’. Bee You in English.”

“This year has been one of my busiest for music, but I see myself performing for as long as I live. The most rewarding thing that comes from music is helping people heal in all kinds of ways. It is truly great to see the wonderful messages that we receive daily and how my voice helps people on their day-to-day journeys. The most beautiful thing about traveling, is meeting some of the people who follow you on social media. Music to me is not about becoming rich or famous, it’s about making the world a better place one song at a time. ”