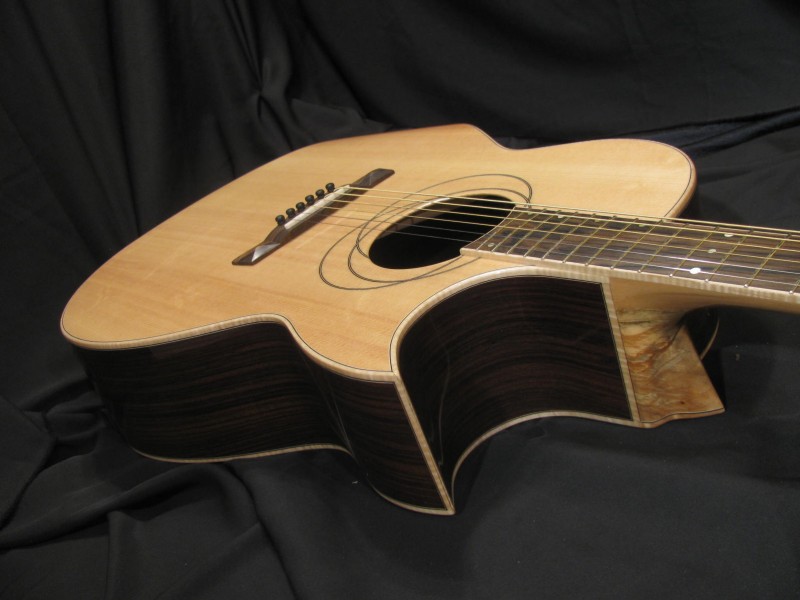 by Brittney MacFarlane for the Session

The one. Many people spend their whole lives searching for just that. Some think of ‘the one’ as a life partner or soulmate, but for many musicians, the one comes in the form of an instrument. When thinking of it that way, you could say David Freeman of Timeless Instruments has been playing matchmaker for more than 35 years, uniting artists with their dream instrument, or facilitating the creation of their very own.

“Timeless has been me, for the most part,” David says. “The name was coined by my first wife, and at one point her music teaching business was part of it. In 2012 my youngest son returned, and has worked part-time with me since then. I took a few apprenticeships in wood carving and furniture restoration, then a course on acoustic guitar construction. Five days after finishing that course, I began Timeless Instruments. It took a few years to make it financially viable, but we have now been in business since 1980.”

David’s interest in the art of lutherie was ignited long before that construction course. “I began playing piano at age five. I remember being amazed watching a piano tuner tune the piano. I began playing guitar at 15. I bought a book about repair and began setting my instruments up for better playing. When I did the wood working apprenticeships it was with the objective to learn about wood, to build instruments. Once I had the business, I was doing the work regularly and learned new methods as they presented themselves. I read as much as I could and joined the Guild of American Luthiers. They have a great deal of information. I began teaching in 1986. Guitar construction was the initial course. Teaching makes a person learn a great deal more, as people make mistakes I had never dreamed of.”

There are many different things that make Timeless Instruments important. David explains, “It can be broken down into three areas of specialty. The first is custom guitar construction. Making an instrument that an individual cannot find, building features into it that do not exist on factory instruments or even instruments that are not easily accessible. The custom instruments generally sound much better, as more attention is spent to create the best possible sound.”

He continues, “The second is acoustic guitar construction courses. Timeless operates a Private Vocational School to teach instrument construction. People come from around the world to learn not only acoustic guitar construction, (but) also harps, archtop mandolins, and resonator guitars, among others. The courses (which began in 1986) run seven weeks full-time and people learn about lutherie in an immersion atmosphere. People can access Canada Student Loans, and there is a certificate and a diploma program relative to how much a person wants to learn. People live in a dorm I provide. I even took mediation training for people who would fight over doing dishes!”

“And finally, our third specialty is mail order parts. Timeless buys timbers and re-saws them into guitar parts for builders around the world. This service also has a custom aspect to it when an individual wants a specific part. Customers can buy a wood blank and do the work themselves, or we will partially do some of the intricate measuring of parts so they can mainly assemble the instrument.”

Imagining the countless number of people David and Timeless Instruments have dealt with over the years, I just had to ask if there were any memorable moments or stories that stood out over the years.

“The stories could go on and on,” David laughs. “Gluing things upside down, measuring five times then cutting wrong, dropping something on the floor and finding it two years later.”

In noting what make up the most special memories, though, he recalls the relationships: “There are about five couples that met in different ways through Timeless. Travelling to shows, the friends you meet; and lastly, (that) many people tell me this experience changed their life.” 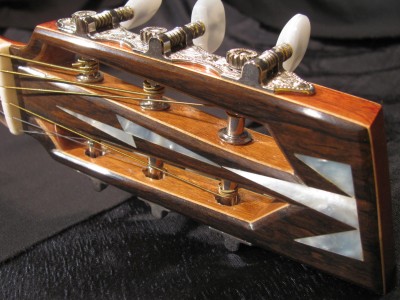