OKIMAW ᐅᑭᒪᐤ is the debut of Regina-based Aren Okemaysim, an interdisciplinary performing artist with a background in theatre and in music.

Originally from Beardy's & Okemasis First Nation in Treaty 6 territory, Aren has called Treaty 4 home for the last five years where he has been quietly writing and recording music on the side while focusing his creative efforts primarily in the world of theatre.

With elements of folk, rock, and blues, OKIMAW ᐅᑭᒪᐤ is the culmination of Aren's life experiences living as an Indigenous person in the land known as Canada. 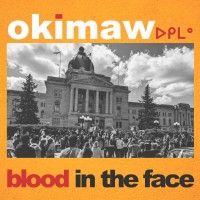 blood in the face