Set To Flames is an alternative rock duo from La Ronge, Saskatchewan that formed in 2015 and consists 100% of Troy Patterson and Shelbey Savoie. From writing lyrics to post-production, we have done it all independently since day one. Set To Flames is excited to announce that our debut single, "Underwater" is available now on all streaming platforms, leading up to a self-titled full LP release in July 2021. Our music is loud, energetic, full of powerful vocal melodies and high-flying guitar solos, reminiscent of 80's/90's rock with a modern spin. 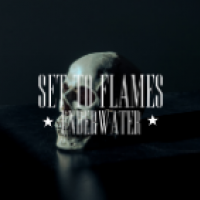 From Set To Flames