Blu Beach Band is an indie rock group based out Langenburg and Esterhazy Saskatchewan, made up of teens Carter Vosper, Remi Berthelet, Eric Vosper, and Riley Buchberger. They have been performing together for 4 years under the name “The Firm”, until recently changing the name to Blu Beach Band due to copyright reasons. In the past year alone the group has opened for bands such as Trooper and Streetheart, played live on Telemiracle, and performed at over 30 local gigs, quickly gaining them a local following. The group began writing and recording, and producing their own music  2 years ago, releasing 2 singles under “The Firm”, and have now finished their debut album, Trail Mix, as Blu Beach Band which was recorded and produced by the band in their parents basements. The group plays a mix of rock, funk, and folk music, inspired by the many old tunes they have played at local cabarets and dances for years. Trail Mix released on October 31st, and is available for streaming everywhere. 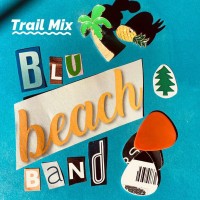 Do You Wanna Love Me