Firing At The Sky

Firing At The Sky is a harder edged rock band from Saskatoon with groove/metal leanings and pop melodies. Their thought-provoking and passionately charged music will take you through a full range of emotions and leave you fired up!

Firing At The Sky's self-titled debut album was released August 2016. Recipients of Rawlco Radio’s Project 10K20 funding and a Creative Saskatchewan Commercial Sound Recording Grant, their tracks “Double Barrel” and “The Purpose” are receiving airplay on radio stations throughout western Canada, including Saskatoon’s Rock 102 and 104.9 The Wolf in Regina. “The Purpose” is also included on the SaskMusic Compilation “In Tune 2016.”

Offering an illustrious live show with a stunning visual video pairing, the band’s sound to sight is sure to take the listener across a journey of emotions that everyone can relate to. 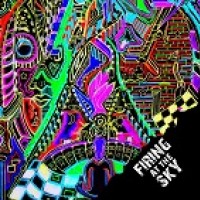 From Firing at the Sky