The 2022 Western Canadian Music Awards will be announced at two events as follows: 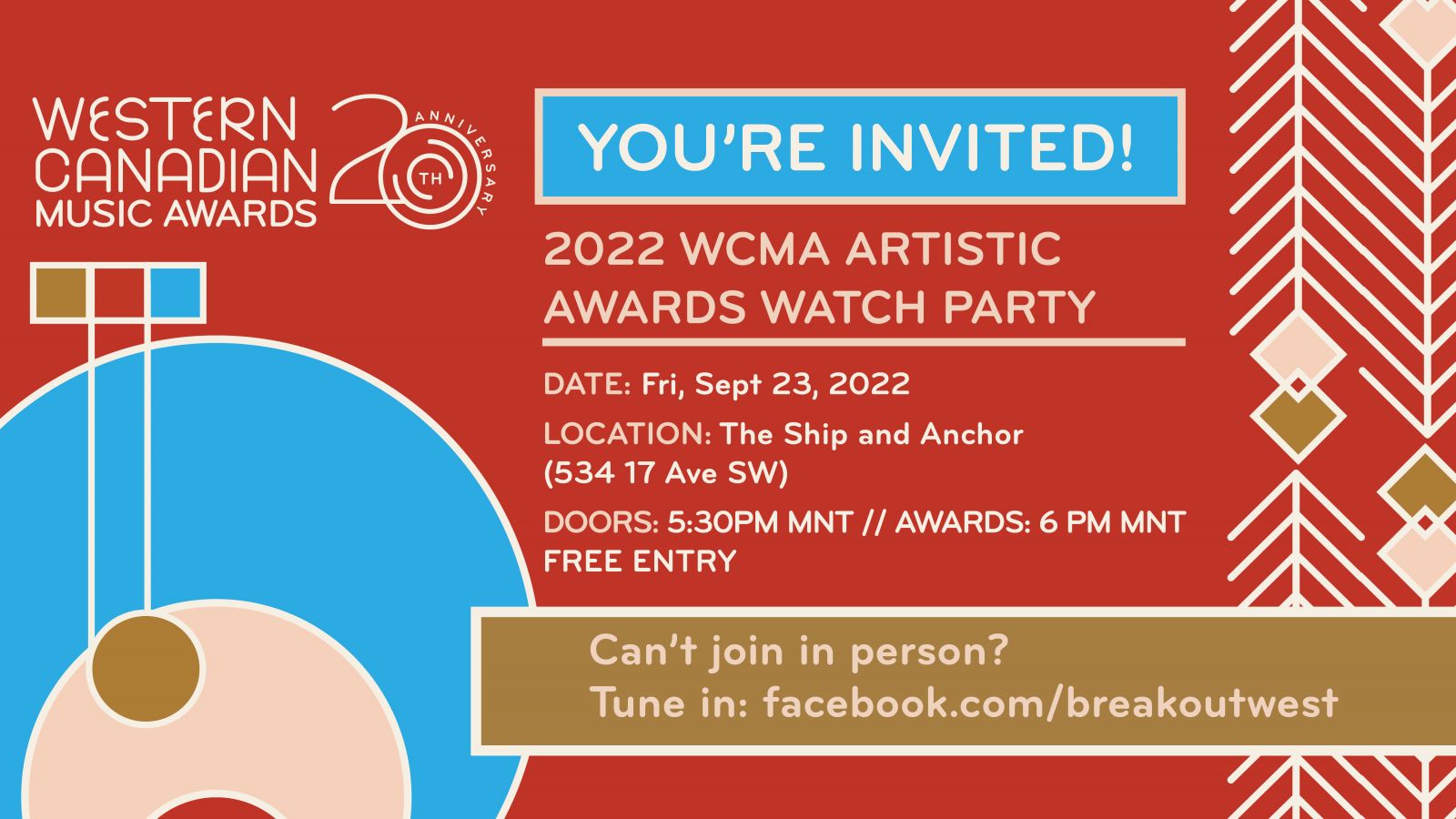 BreakOut West features an immersive industry and artist development conference, and 50+ showcase artists in conjunction with the Western Canadian Music Awards, celebrating the best artistic and music industry talent from western Canada. The festival and conference will take place from September 28-October 2/22, in venues throughout Calgary’s downtown core and in the Music Mile welcoming musicians from across western Canada and internationally, and the Marriott Downtown as the host hotel.

As well as special mention of