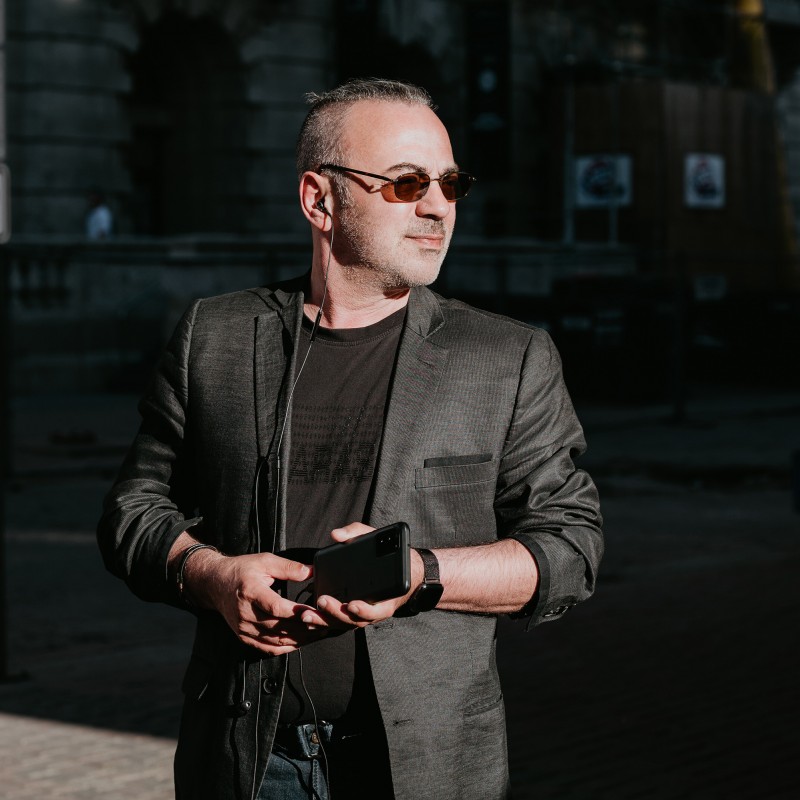 nasmore – “When Will I Learn”- an impactful sonic compound, embellished with superb six-string digressions!

If you want an insight into why “When Will I Learn”, by Canadian composer and musician, nasmore, sounds the way it does, look no further than the track’s features. nasmore has once again brought in the magnificent voice of Cris Hodges to handle lead vocals, and also extended an invite to legendary guitarist Neil Taylor whose credits include Tears for Fears, Robbie Williams, Tina Turner, Metallica, Kylie Minogue, Phil Collins, and Chris De Burg.

As expected, right off the cuff, the production is on par with any big budget modern pop-rock release, which makes for an incredible experience when listening in good headphones or a nice home theater system. The powerful lyrical content is also in line with what we’ve all come to expect from a nasmore release.

So much can be said about nasmore. Many strong opinions have already been shared, in reviews, magazines, blogs, social media and elsewhere. One effect of all this, is that the entire music world has its eye on nasmore, and he certainly does not delude on “When Will I Learn”.

Modern and sleek, yet still baring emotional vulnerability, nasmore has created a single that few others artists dare to make. He exemplifies those true artists, who are forever challenging themselves and their audience.

“When Will I Learn”, is another two-track single, where the opening cut “When Will I Learn (The Story)” lays out the storyline with a spoken word narrative over an epic ambient-like rock soundscape.

The themes of loss, deception, and mystery, abound as the story unfolds and runs its course. It offers the perfect tone and introduction to the vocal version, which puts the audience squarely in nasmore’s sonic oeuvre. This is a song made for the composer’s larger-than-life musical vision.

“When Will I Learn” ft. Cris Hodges & Neil Taylor revolves around what made forward-thinking epic rock the formidable force it once was: complex instrumental dynamics, and soaring vocals harmoniously compressed to form an impactful sonic compound, embellished with superb six-string digressions.

Its a multifaceted, yet accessible sonic effort, cleverly melding an intense corpus of influences which filtered through the exquisite songwriting talents of nasmore. It goes without saying, pure songwriting talent wouldn’t do much without the assistance of an equally great line-up.

Cris Hodges has the kind of voice that you can listen to with your entire body. The notes enter through your ears, but they seismically extend in all directions from there onward. His is a representation of exceedingly strong and lucid vocals. Neil Taylor on guitar brings all of the fire and grit residing in his skillset, into the solo, which serves as the song’s grand finale.

All-round, on “When Will I Learn”, nasmore once again presents an outrageously impressive amount of talent, and has the ability to carry chills down your spine, with the direction his music travels. The music is uncompromising, emotional and technical.

Every transition sounds like a challenge to anyone trying to pin nasmore down. It’s an intense and satisfying push and pull between passionate verses, changing time signatures, and arena rock choruses. “When Will I Learn” captures the fervor and electricity of nasmore’s creativity.

More about nasmore: Canadian-based nasmore grew up constantly attached to his stereo system & the instruments surrounding him, fully immersed within the music of all kinds as a listener while teaching himself the fundamentals of how to write and play his own songs. Deciding at the very start of his career to keep his options open to every opportunity in an effort to create music unlike any other. In early 2021 nasmore finally chose to turn his wildest dreams into his daily reality – permanently.