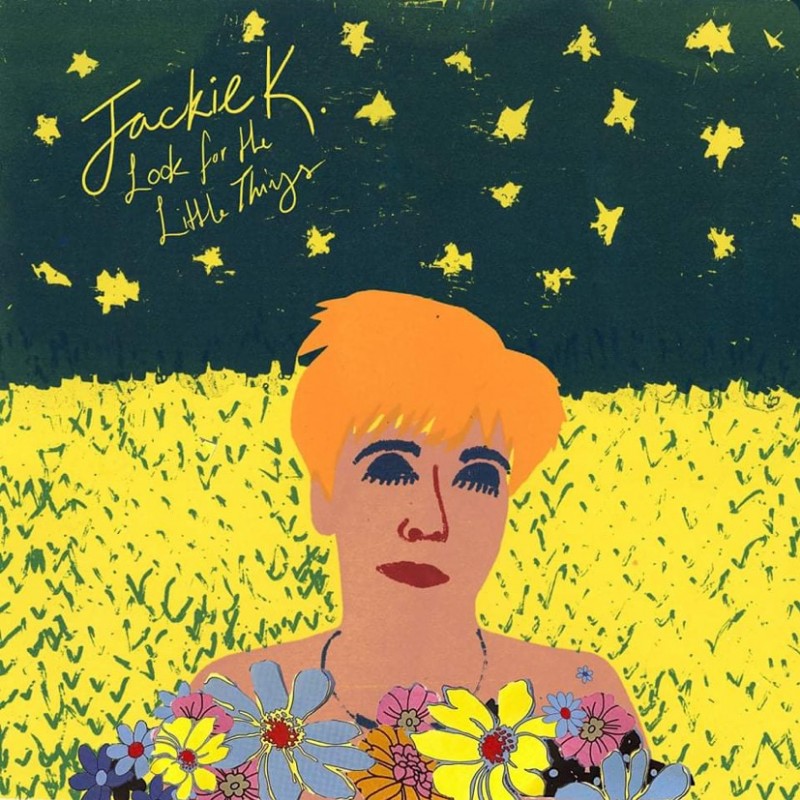 The album launch of Look for the Little Things comes on the heels of Kroczynski’s two singles released in 2021. Those included "Nurse Jane" and also "Night at the Opry", with the latter reaching Number Four on the Canadian Indie Top 100 Country Countdown.

Look for the Little Things sees Jackie teaming up with producer Sean Davis Newton (Grade School Records) to craft three new songs, each with a unique sound palette. From the upbeat acoustic sound of “Dandelions Everywhere” to the off-kilter waltz “Green Heals Me,” these songs look at life from the back step. Jackie is joined by Tom Kroczynski (Crooked Creek) on bass, Phill Rodda on drums, Sean Davis Newton (Trace Italian) on guitar, Connor Newton (Contrafact, Bombargo) on sax, and Patrick Whelan on fiddle.

The release culminates a musical project that Kroczynski has been something she had been working on since last winter. The cover art is a silkscreen that Kroczynski had made years ago and finally put to good use.

Look for the Little Things is available on Bandcamp and all streaming services.