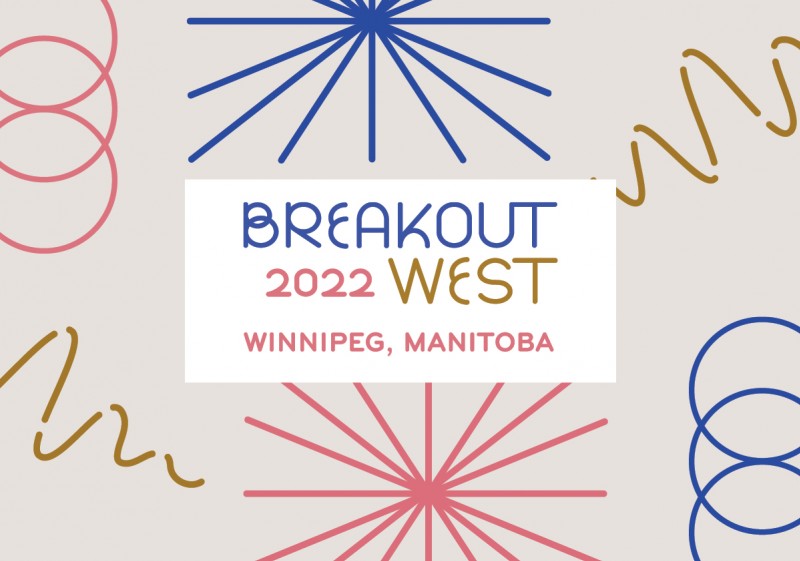 WINNIPEG, MB – November 26, 2021 – BreakOut West is thrilled to announce the final wave of artists that will be showcasing at its 19th annual music festival, being held in Winnipeg MB from February 2 to 6, 2022. See below for the newly announced acts, with BOW 2022 wristbands available now.

"There were so many incredible acts that applied for the 2022 festival, representing all corners of western Canada and so many diverse genres, styles, and backgrounds, with a glut of new material developed in the last year and half,” says BreakOut West Program Manager, Liam Prost. “We have more international acts than ever before, and Winnipeg is the perfect host city after such a difficult parlay from live music!"

Audiences can eagerly anticipate a stellar showing from this diverse group of performers, which includes a number of recently announced 2021 WCMAward winners. Acts from all across western Canada will take to stages throughout the city, along with special international guests from Wales, Sweden, Iceland and other Nordic countries, as well as artists from our neighbours in Eastern Canada. This will mark the fourth year that BreakOut West has reached gender-parity within its programming (in partnership with the Keychange Initiative), and BOW will see its highest number of BIPOC performers at the 2022 festival.

As BreakOut West excitedly makes its return to live, the health and safety of all audiences, artists, members, delegates, speakers, volunteers, fans, staff, and all of their families is of top priority. Manitoba Public Health orders require all attendees of venues, restaurants, bars, and indoor gatherings, to present valid proof of vaccination and government-issued photo ID to enter. BOW is committed to following this procedure, for the safety of all who will be attending in 2022, the continuity of the event’s planning, and the long-term sustainability of the music industry. More information on BreakOut West’s COVID policies is available here.

Saskatchewan artists, including those previously announced:

The Western Canadian Music Alliance is a pan western organization created by the Alliance Member Music Industry Associations (MIAs) of British Columbia, Alberta, Saskatchewan, Manitoba, The Northwest Territories, the Yukon Territory, and in partnership with Nunavut, to promote and celebrate western Canadian music. WCMA, with the financial support of each provincial and territorial government partner, FACTOR, the Government of Canada and of Canada's private radio broadcasters, WCMA annually hosts their core artist and industry development event, BreakOut West. The event is held in a different western Canadian city on a rotational basis and is the prime music industry event in western Canada. BreakOut West 2022 will be held February 2-6, in Winnipeg MB, including a four-day music conference, a three-night multi-genre music festival and special events. The 2021 Western Canadian Music Awards and Industry Awards were announced in October 2021.