From industry to artists, a wide array of the country music industry will be honoured and celebrated. The majority of CCMA Awards are handed out during this event, and this year’s Canadian Country Music Hall of Fame inductees will also be presented.

Presenters for the show will include Arts and Moskaluke, as well as Ty Hunter (Hunter Brothers).

Livestreaming exclusively on the Global TV App and Prime Video on Monday, November 29 and will be available to watch until 1 am ET / 10 pm PT with an encore presentation of the show airing December 3 at 9 pm ET/PT on Global and available to stream on-demand with STACKTV and the Global TV App.

Three-time consecutive CCMA Award winning Female Artist of the Year Jess Moskaluke is a JUNO Award-winning, platinum-selling artist. The multiple 2021-nominated artist is celebrating the success of her most recent release The Demos, with latest single ‘Nothing I Don’t Love About You’ currently climbing the charts at country radio.

Tenille Arts is a 2021 Academy of Country Music New Female Artist of the Year nominee and two-time 2021 CCMA Award nominee. Arts earned her first #1 in the U.S. earlier this year, a platinum single in the U.S., and this marks the Weyburn native’s first CCMA Awards performance.

Sunday, November 28, CCMA House Unplugged, 12-340pm local time
Acoustic performances in the round by the songwriters behind country hits.
Including Tenille Arts 2-3:40pm

Congratulations again to the 2021 Canadian Country Music Award nominees from Saskatchewan. You can view the full nominee list at https://ccma.org/2021-nominees/ #CCMAawards #CCMAnomday

Also congrats to Nashville-based, Saskatchewan-born Louis O’Reilly’s On Ramp Entertainment, nominated for Management Company of the Year, as well as to Toronto’s Antoine Moonen, nominated for Creative Director(s) of the Year for work on Jess Moskaluke’s EP: The Demos, Vinyl: The Vinyl, Socials and Promotional Graphics. 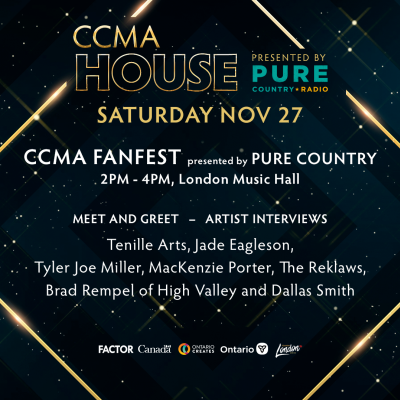 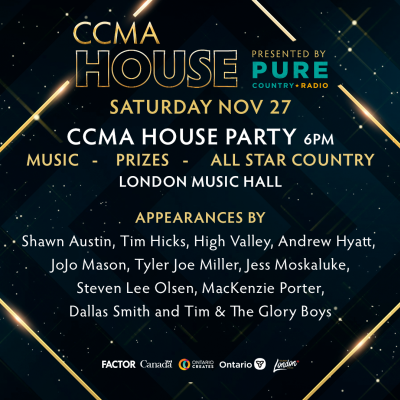 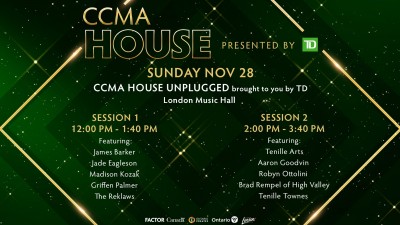