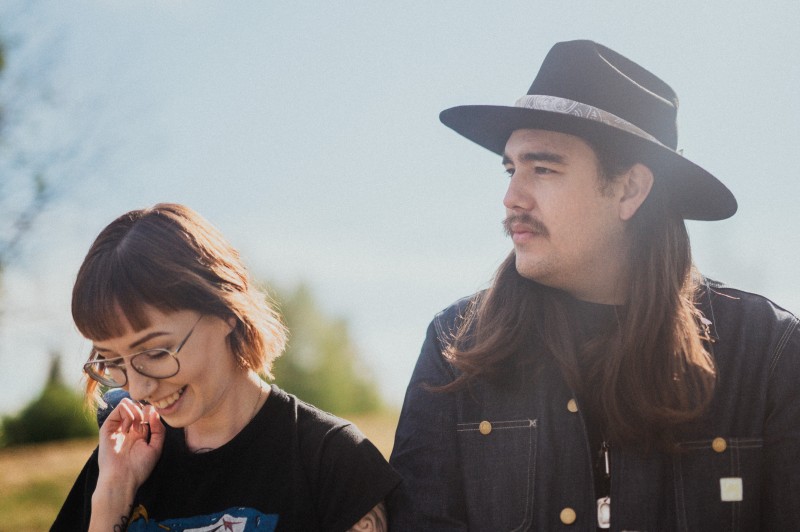 The North Sound is about to release the fourth single from their award-winning roots-rock album, 'As the Stars Explode'. The album, created in collaboration with Jesse Weiman of Nolita Studios, had a hand in their winning “Indigenous Artist of the Year” at the 2021 Saskatchewan Music Awards and garnering a nomination for “Roots Album of the Year” at the 2021 Summer Solstice Indigenous Music Awards. The new single, “Wild Rose Country,” will be released on July 21st along with a music video created and produced with Matt Braden Photo in their home city of Saskatoon, on Treaty 6 territory.

“I wrote this song as a letter to Nevada and Aspen to tell them that I want to be better, I want to do the right thing. And if I don’t, it’s a choice I made and I’ll need your help to get to a point where I can take care of you.” - Forrest Eaglespeaker

Because at the time, Eaglespeaker was living with addictions. As he approached fatherhood, he began reflecting on the influence of his surroundings and his own childhood, and he made the choice to do whatever it took to get sober. Having lived in both Calgary and Saskatoon, he made the choice to leave the negative pull of one locale for the other, where he felt he could be the best version of himself in sobriety. Lyrical references in the song point to Alberta’s “Wild Rose Country” slogan, commonly seen on road signs in the province, and also the bridges for which Saskatoon is well-known.

“’Wild Rose Country’ is about the hardship of living in a place and feeling like you need to leave. But the reality is, you’re just running away from yourself. It has nothing to do with the place, because you’re the problem.” – Forrest Eaglespeaker

Family is a strong value to Eaglespeaker and Freistadt. They were high school sweethearts, meeting in band class. He played percussion; she played flute. Their firstborn, Aspen, made her national television debut on eTalk Canada when they were interviewed recently about the many successes from their recent album release. The couple welcomed their second child, Apanii Sunshine, to the family in the fall of 2020.

ABOUT THE NORTH SOUND

Harris blazing the highways. The group was formed in 2014 by lead singer, songwriter and multi-instrumentalist Forrest Eaglespeaker with his partner Nevada Freistadt supplying harmonies. The North Sound was created to share stories in keeping with Forrest’s Blackfoot identity and traditions from Treaty 7 Territory.

The North Sound has had four singles reach #1 on the Indigenous Music Countdown as well as Saskatchewan's MBC Radio, has won the Saskatchewan Music Award for Indigenous Artist of the Year, was nominated for Roots Album of the Year at the 2021 Summer Solstice Indigenous Music Awards, and has received three nominations from the Saskatchewan Country Music Awards. Forrest and Nevada also have a working relationship with JUNO-winner Crystal Shawanda and her partner Dewayne Grobel, owners of independent record label New Sun Music. Sharing the stage with the likes of Blue Rodeo, Kathleen Edwards, Eagle and Hawk, Derek Miller, Susan Aglukark, Celeigh Cardinal, Logan Staats, and many more, The North Sound has performed at multiple venues and festivals across Canada and the United States. Most recently they performed on APTN’s Indigenous Day Live 2021.

Scott Roos from Exclaim! says The North Sound’s latest album, As the Stars Explode, “offers a fresh take, both musically and lyrically” and “takes a different route compared to the usual country music norms that at times stifle the genre, and it really works." 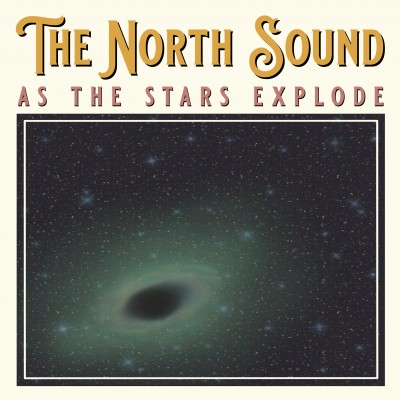