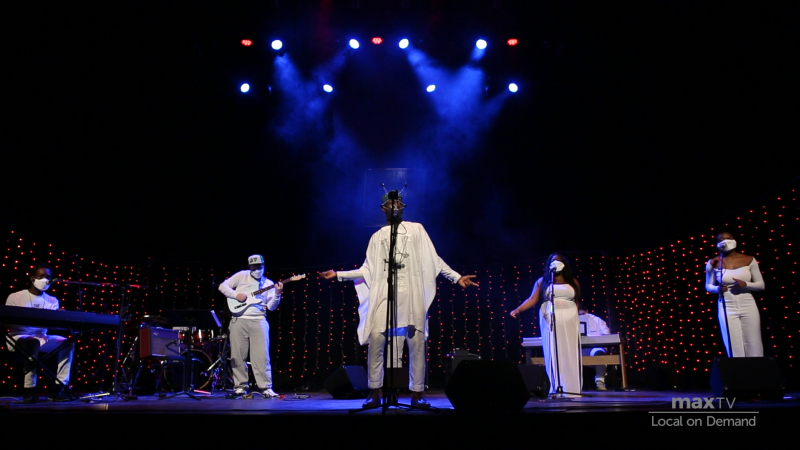 Regina singer ADEOLUWA and his band “The ADEOLUWA Experience” recorded an hour-long set for SaskTel’s local television programming. They performed a total of 18 songs at the Mae Wilson Theatre in Moose Jaw, including “Escape” from his Saskatchewan Music Awards performance.

The hour-long set features music from the singer’s 2018 debut album After Bells and Whistles, his 2013 EP Saved By The Sound, as well as an unreleased song, “All For You.” The performance also featured guest performers neo-soul singer TOVA, who sang a verse on “Old Ways,” and Hip Hop/R&B artiste, Melodna, who dueted with ADEOLUWA on “Never Show It.”

The band consisted of Chilombo Mwela on backing vocals, Kristopher Craig (bass), Philippe Bouchard (Guitar), Alex Urzada (Keyboard), and Caleb Efere (Drums). When asked about the show, here’s what ADEOLUWA had to say:

“It was a dream come true. This performance was something I have wanted to do for the longest time and to be able to do so, even during this pandemic, was truly a blessing,” he said.

The show is now available on maxTV Local on Demand. It will also be featured on channels 46/346 on Saturday, May 8. The performance was produced by the crew at Bamboo Shots.