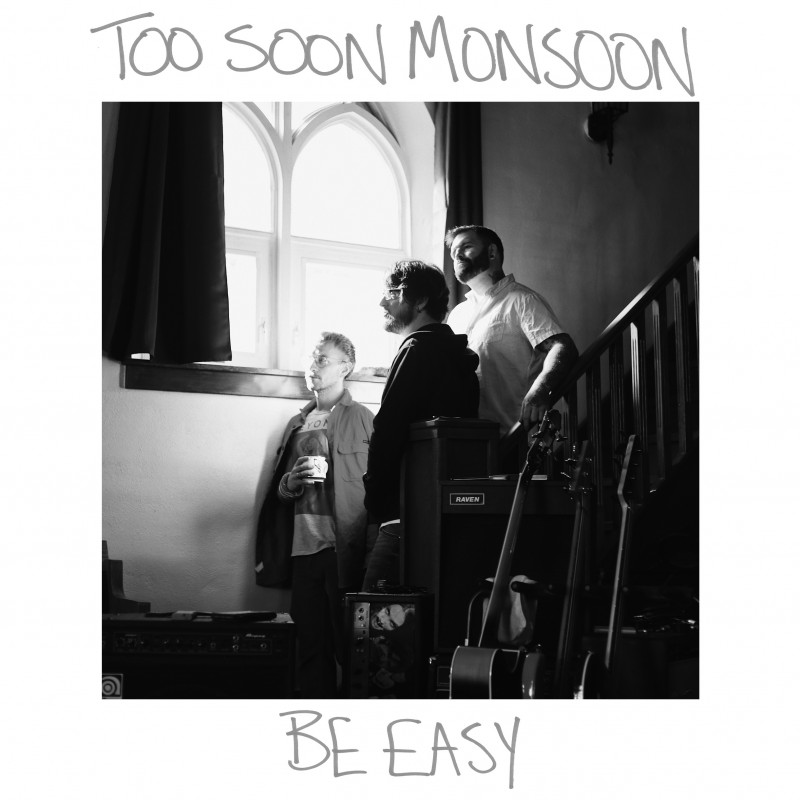 by Too Soon Monsoon

Too Soon Monsoon is pleased to announce the release of their first new original music in nearly two years: the anthemic ballad “Be Easy”. LINK 2 LISTEN: https://smarturl.it/tsmbeeasy

TSM started 2020 with the excitement of a planned hometown headlining JUNOfest show, but like the rest of the world they suddenly had to adjust to an isolating and challenging new reality due to the global pandemic. “Be Easy” first became a thought a few weeks into quarantine while reflecting on the necessity to have compassion for yourself and others. The live-off-the-floor recording features passionate vocals, expressive piano and organ, grounding bass, and thunderous drums. “Be Easy” is a preview of Too Soon Monsoon’s powerful upcoming full-length album which was recorded over 3 consecutive days in an old converted church called The Sound Castle. It also happens to be the first release with new member, bassist Steve Adams - formerly of One Bad Son. The March 19 single “Be Easy” will be accompanied by a music video in April that uses footage from the recording session.

The new single “Be Easy” is bound to resonate with listeners after an especially challenging winter that found many people going inward. The relatable song touches on the emotional whirlwind of the past year: “I grow but then resort to old ways - when I’m stressed or tired I lose my will to change. Please be easy on me…” Building to an explosive ending, the band demonstrates the energy they are able to harness while playing together in a room.

Too Soon Monsoon recorded their sophomore album over three inspired days earlier in September, tracking new material for the first time live-off-the-loor in full band takes. The band received funding from the SK Arts Board to experiment with this new recording method and originally planned to only demo tracks and get a feel for this recording style in order to determine whether it would be suitable to use moving forward. The band immediately fell in love with this style of recording and felt like it allowed them to capture the chemistry and energy they have when they play on stage - taking them back to the sound of their early days jamming in a garage. TSM would play each song a few times and make note of their favourite take for mixing. Josh Palmer co-produced, mixed and mastered the songs and Christian Douglas engineered the recording. The upcoming album features very minimal overdubs: electric Hammond B3 organ/Leslie speaker combo and a few doubled vocals but the finished product is essentially what they were playing live as a band. Too Soon Monsoon is incredibly proud of this new music and plans to release additional singles before dropping the full album later in 2021.
https://toosoonmonsoon.com
https://smarturl.it/tsmbeeasy