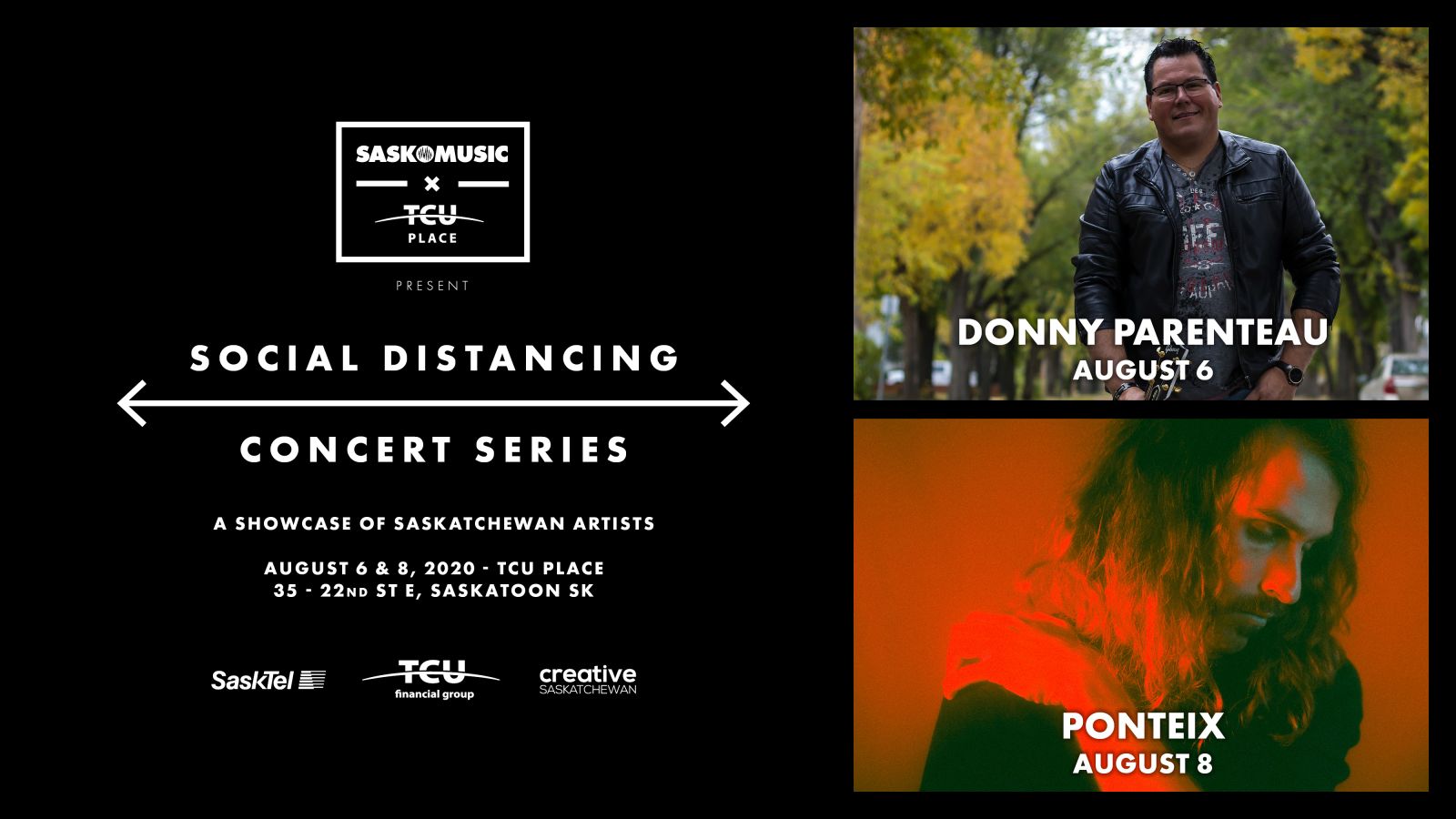 As live music - including international touring, industry events and conferences – has been put on pause due to the pandemic since March 2020, SaskMusic has been investigating how we can continue to build the momentum of our export-level artists in other ways. The footage from these concerts will be another tool that these artists can use in lieu of in-person showcase performances for buyers and other industry representatives, with many trade shows and events having moved to digital formats this year.

The events complied with the current phase of the Re-Open Saskatchewan Plan with precautions to ensure the safety of patrons, artists, and staff. Artists were selected following an open call for submissions distributed to SaskMusic members.

Watch for more export-supportive initiatives coming from SaskMusic this fall.

Born and raised in Prince Albert, Donny Parenteau is a versatile vocalist & multi-instrumentalist. He spent twelve years touring the world with Neal McCoy; recording on multi-platinum selling albums and playing shows including performances on The Grand Ole Opry & The Tonight Show with Jay Leno. Since launching his solo career in 2003, Donny has garnered over a hundred nominations at seven major award shows, including three JUNO nominations, and a USA nomination for “Best Country CD” at the 2014 Native American Music Awards. Donny’s latest CD, “Favourite Hymns of the Metis”, earned his latest 2019 nomination for Indigenous Artist of the Year at the Saskatchewan Music Awards. Donny performs, teaches at his Donny Parenteau School of Music, and speaks for “Bully Free Zone” tours at schools across Western Canada.

Megan Nash & the Best of Intentions - On her latest, JUNO-nominated album Seeker, singer/songwriter Megan Nash collaborated with ambient/alt-rock unit Bears in Hazenmore with brilliant results. As the concept of Seeker suggests, Megan Nash is in the midst of her personal quest for spiritual meaning on her own terms. Her chosen path is through music, and as an artistic statement, Seeker displays the breadth of Nash’s talents as a songwriter, vocalist and producer - the culmination of one stage of her journey while simultaneously beginning the next. Nash received the “Breaking Borders” award at the 2018 Saskatchewan Music Awards.