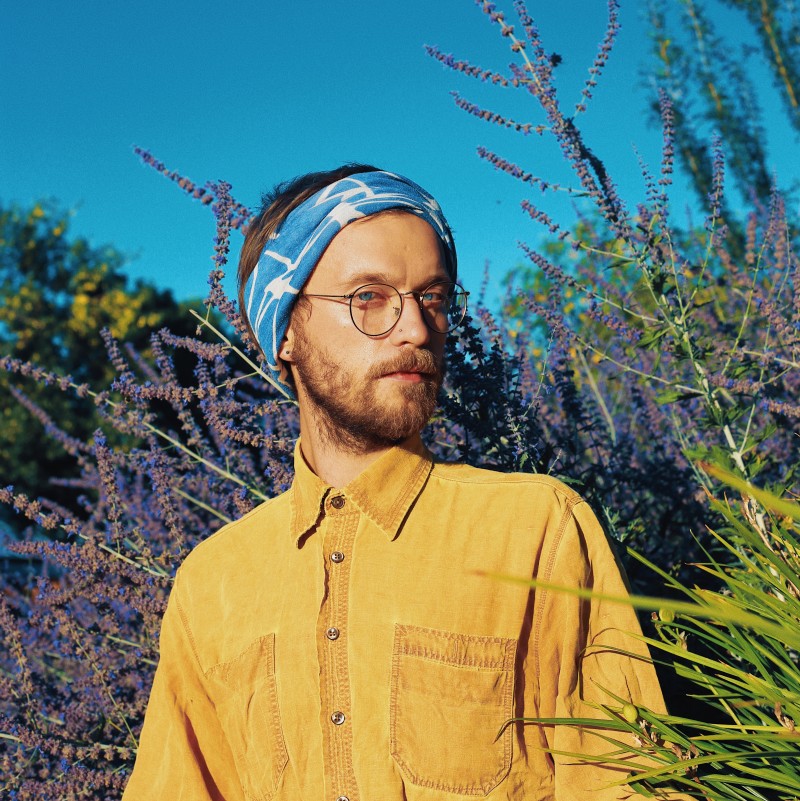 Greg Orrē just released his debut LP I Am In It Vol. 1 on August 28.  Listen to Greg talk about the new project on his CBC Meet the Music interview w/ Peter Mills here.

I Am In It Volume One explores the power of consciousness: how the thoughts we repeatedly tell ourselves (and the belief in those thoughts) form our reality and can lead to our wellness or illness. We are much more than what we have been taught: (I am aware I am awareness, I am conscious I am consciousness…“I Am Tuning In”). Spiritual reflection: largely guided by various texts, podcasts, meditations, mantras and yoga practice allowed Greg to further reflect on the root causes of the belief systems that were blocking him from fully being able to accept and let go. The tracklisting reflects the order of the chakras: the energetic centers of the human body that allow for our energy to flow, keeping us balanced or unbalanced (flowing from the root chakra vibrations of the opening songs all the way up to the crown-chakra-charming final track).

Most of the LP was crafted by Greg in the apartment he lives in with his partner Kristen. Sounds of the apartment are captured in the background of tracks: like Kristen's rhythmic sneezes on "Will I Be Sad in Summer?" and the dogs barking in time on "What Does I Am In It Mean To You? (Interlude Three) ". Kristen also contributed other performances on "Be Free With Love", "I Am Tuning In" and "I Got a Call from God (2020 New Visions)".

As the album was nearing completion in the spring Greg found that the opening three tracks: “Yesterday”, “I’ve Learned (I Was A Fool)” and “Always Carry” called for something a bit more elevated than what he was able to mix on his own 8 track recorder. He had previously been in conversations about recording with Josh Palmer and finally jumped at the opportunity once “personal bubbles” in SK could expand. Josh’s studio - equipped with a vast array of keyboards, synths and other analog recording tools that Greg doesn’t understand or know the names of - brought an instant smile to his face. A Hammond B3 Organ/Leslie Amp combo and Yamaha CP80 Electric Grand Piano are featured on tracks 3 and 4. Josh mixed track 2 and recorded, mixed & co-produced tracks 3 and 4. A natural easy chemistry flowed between the two during their few short afternoons together. This collaboration, which is hinted at on this LP, will continue further on 2021 LP I Am In It Volume Two.

Drawing on the artistic tendencies of many of his influences (like Fiona Apple, Ms. Lauryn Hill, Fleetwood Mac, Amy Winehouse, Prince, Alanis Morissette, Jack White, Joni Mitchell, Feist, Emily Haines… to name a few), Greg relaxed into the joy & freedom of self-recording and worked to create an album that could be placed amongst his favourite records. The album is intended to be a demonstration of what it is like to be “In It” - to be within the thoughts of Greg. Greg’s favourite albums are ones that he can throw on when he is writing, reading, painting, or relaxing but also albums that draw the listener to new subtleties on each successive close-listening experience. This project is an expression of Truth, as Greg continues to develop confidence in his ability to express himself without fear of how others will react. After healing from another concussion - this time from a skiing accident in early 2020 - Greg developed an even deeper appreciation for the gift of life (previous concussions stemmed from diving into a shallow pool and from having his head smashed into plexiglass during his teenage years as a defenceman). Greg invited himself to be open to presence: recording vocals & instrument tracks in one full-take whenever the feeling to sit down to record struck - pushing himself to own any “mistakes” and mix the naturally recorded track into the song.

It is evident Greg enjoys harmonies, as he often mixes multiple vocals through the tracks while improvised piano is sprinkled over steady rhythmic guitar and turbulent organ lines. The songs are sparse but never empty, allowing for Greg’s soulful vocals to shine. Some tracks feature a simple fingersnap layered with chanting rhythmic vocals, while other songs are full-blown productions.