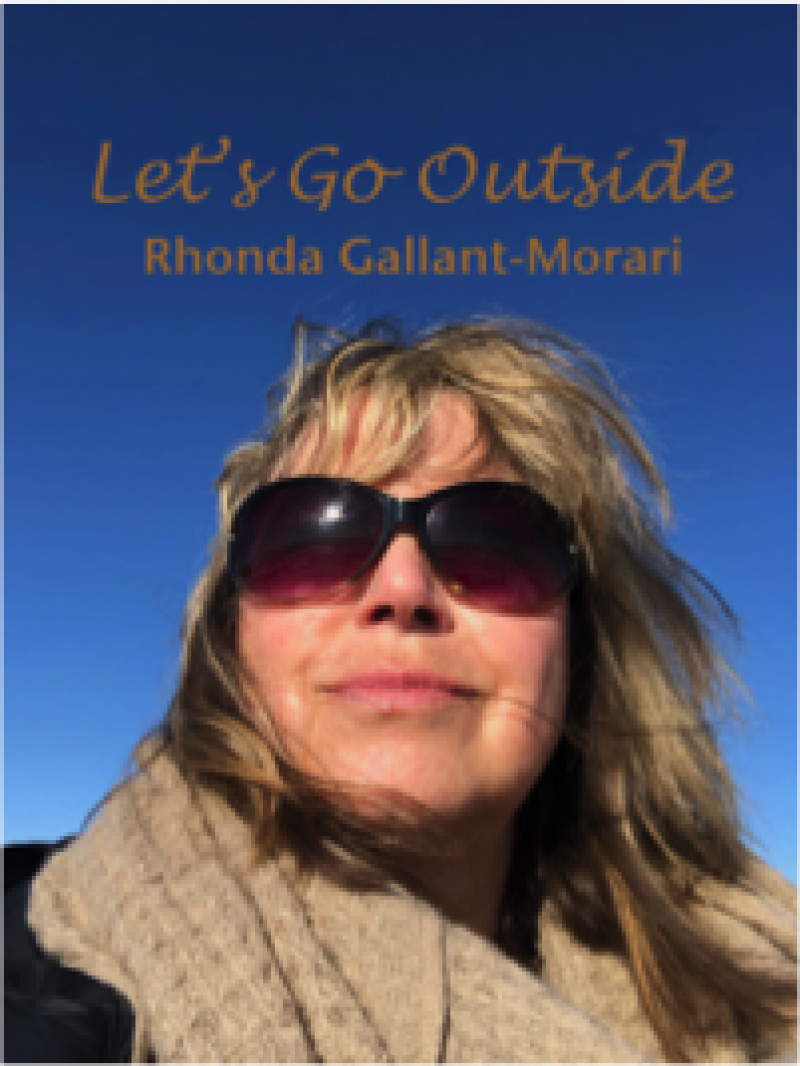 Rhonda is no stranger to the outdoors. Whether snowmobiling on frozen tundra, belly crawling up a sandhill to spy a mule deer, or setting up camp under the stars, she appreciates it all. Rhonda can attest to the restorative power of nature. Her new, upbeat single Let’s Go Outside, speaks to this. With gospel overtones and a toe-tapping beat, this fun song is about finding peace and beauty outside. This song was   produced by Ross Nykiforuk of Cosmic Pad Studio in Saskatoon. Glenn Ens added drums, Gent Laird was on bass, Rich McFarlane contributed guitar and Ross also played keys.

Bart McKay and Brad Prosko also produced songs on this album. The result is a little something for everyone: jazz, country, folk, and a little gospel. Stay tuned for a late summer release date.

“Rhonda’s songs bring me back to the strength and beauty ever present in prairie skyline with her evocative lyrics, and effortlessly graceful voice.” - Christine Baxter of Sweet Sante Fe Comox BC

Rhonda Gallant-Morari is from Saskatoon, Saskatchewan. She is excited to be releasing her sophomore album after her first full length CD “Dance Against The Wind” released in 2014. This prairie girl’s music is heavily influenced by her surroundings and the people who share it. Her themes are universal and speak to the relationships of the natural world that keep us humble.

Rhonda studied piano through the Royal Conservatory of Music and sang in school and provincial choirs.  She’s always loved to write and perform and accompanies herself on piano.  She sings with passion and depth which invites the listener to share in the experiences of her evocative songs.

As well as performing in shows and touring, highlights for Rhonda are; being the first Artist in Residence at the Grasslands National Park in collaboration with Prairie Wind Silver Sage Centre  and Creative Sask.  She has performed on Telemiracle and her music has been showcased on the Women of Substance Podcasts. She was selected for Creative City Centre’s Empty Room Series and this past March she was part of SaskMusic’s International Women’s Day Concert Series in Prince Albert.

Rhonda is currently one of the coordinators for the Saskatoon branch of the Songwriters’ Association of Canada. She has written and gifted the song In The Name of Peace for the Juno Beach Centre in Normandy, France and created an accompanying  video that is used in schools. She wrote the theme song for Georges Vanier Fine Arts School in Saskatoon where she worked. She has also participated in  Songs 4 Nature Retreats, co-writes and performances.

With Covid limiting performances, Rhonda has been fortunate to be a part of four virtual collaborative music projects in the Spring of 2020: one in Saskatoon, (We’ll Be Free - Besse-McGinnis & Hoknes), one based in Comox, BC  (Lonely Little Blackbird - Sweet Sante Fe), The 50th Earth Day Virtual Celebration for the EnviroCollective and PPPI  and the Songs 4 Nature co-write, Thrill on the Wind which was released on June 26th.. Rhonda is looking forward to playing live with her band.