FOR IMMEDIATE RELEASE – April 27, 2020 (La Ronge, SK) – Northern Saskatchewan folk/roots singer/songwriter Dara Schindelka is excited to announce the upcoming release of her debut EP album release. Thou Art Released will be released on May 8/2020 followed by a series of online concerts.

At the age of nineteen, Dara walked away from the biggest stages in the Canadian musical theatre world. She is back performing, but this time it is her own songs and stories. Dara’s music mixes hippie anthems with deep folk roots. Joni Mitchell, Coco Love Alcorn, Marc Cohn, and Loreena McKennitt are some of the artists that have inspired her unique songs as she shares her perspective on the unpredictable journey of life.

“I decided last summer (2019) to travel and do my music. I had no following, no social media presence, not a thing other than the excitement and passion to make it happen. The songs just flowed out of me and I have felt overwhelming support by the people that have been coming to my concerts and listening to my music. I think my music resonates with so many because it comes out of a place of honesty and experience. It is an honour to share songs that others feel a connection to. For me, music is about connecting. I am a people person, so the human connection is vital for me and brings me great joy.”

The music and lyrics for the album were written by Dara alone, however the producing was not a solo effort. Riley Burr of Pine Trail Studios in Air Ronge played percussion, guitar, and bass on the title track Thou Art Loosed, as well as Ancient Whisper. He also recorded and mixed the two tracks. Love Lives Here and Wasted Time were recorded and mixed at Em Records in Calgary AB with Emre Cords on cello and Ben Rose on backup vocals and percussion. The EP was mastered by Ron Skinner of Heading North Mastering in Toronto.

Dara has already received recognition for her title track Thou Art Loosed. The video was released in time for International Women’s Day and was featured by SaskMusic. It has won best Folk/Acoustic song for March 2020 by the American Tracks Music Awards. It has also been selected for inclusion in the Love Wins Festival in New York for the spring of 2021. This female anthem was a celebration of the people of the north. It was written, produced, filmed, and performed by members of the Lac La Ronge Indian Band, Air Ronge, and La Ronge in northern Saskatchewan. Fourteen women from various backgrounds came together to lend their voices to the song as well as Pine Trail Studios recording audio and Videaste Productions with Marvin Barbarona creating the stunning video which is featured on Dara’s YouTube channel. Her songs Wasted Time and Love Lives Here have already been featured on Women of Substance Podcasts on Spotify and iTunes. In the past year she has performed in places across Saskatchewan, and in Calgary and Winnipeg as well. She opened for Caleigh Cardinal this winter and was scheduled to perform at the Saskatchewan Country Music Awards Songwriters Circle as well as at the Napatak Ramble and Country at the Creek at Ness Creek near Big River, Saskatchewan. The COVID 19 has changed her focus, as it has all people, but her music opportunities have continued. Her first livestream concert was hosted by FemFolk UK and she is featured on SaskTel’s Max on Demand channel, with her album release being streamed for that event.

Dara was raised on the Schindelka family farm near Raymore in the prairies of southern Saskatchewan. She began taking music lessons at the age of five and it became her passion and purpose even at a young age. She sang at fairs, exhibitions, and local music festivals as a young girl and joined the Saskatchewan Express touring group as she finished her high school years and moved to Regina. Her love of performing led her to Toronto where she went to Randolph School of the Arts under the direction of George Randolph. The opportunities to perform began to come in but she missed the people and prairies and walked away from the big city life and a life of performing.

In the years that followed she completed her Associate with the Royal Conservatory of Toronto in Singing. She then obtained an Education Degree from the University of Regina. Over the years she has led choirs, music groups, summer camps, and taught in the public-school system as well as privately. Her life journey has taken her to every corner of the province of Saskatchewan. From Raymore to Regina, Buffalo Narrows to Big River, Hudson Bay to Pelican Narrows, and Southend on Reindeer Lake to La Ronge, she has lived in all corners of the north and it reflects in her music and the issues she takes on. She cares about the marginalized voices in society. Her community is part of Dara’s story and helps create music that is profoundly moving, courageous, and joyful.

The American Tracks Music Awards has chosen Dara Schindelka's recent release as the best folk/acoustic song for March 2020! Her song, Thou Art Loosed, will be featured on their website, social media pages, in their press release out of Burbank, California, as well as entered for a grand prize at the end of 2020. The song is one of four originals being released on her EP coming to all streaming platforms May 8th. 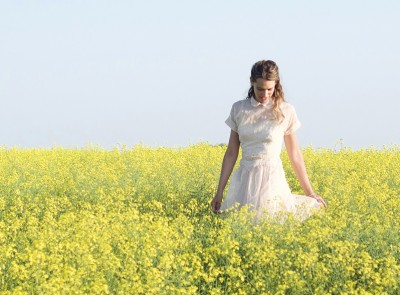