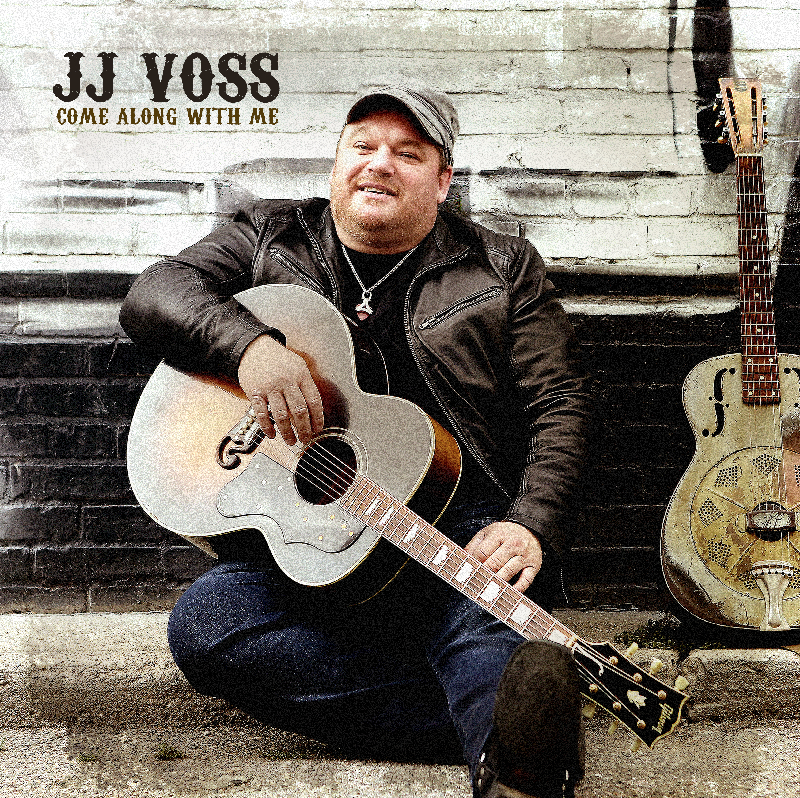 Regina’s own country and roots singer/songwriter JJ Voss is proud to announce the upcoming release of his third album, "Come Along With Me," on Mar 20/2020 followed by a Western Canadian tour.

Inspired by songwriters such as Steve Earle, Jason Isbell, Johnny Cash and Jim Cuddy, Voss aims to make relevant music that addresses social issues, and takes a stand for what’s right. He feels compelled to do something constructive with his voice and through his music. The title track of the album will be released on Valentine’s Day, Feb 14/2020.

“My friend and co-writer Dean Kush and I wrote a love song to society called 'Come Along With Me.' It’s a passionate plea for us as individuals to put in the work it takes to be better citizens and to heal the divisions which have weakened us as a benevolent people.” - JJ Voss

The album was written by Voss with several co-writers. Award-winning musician and producer Murray Pulver produced the record (The Bros Landreth, Doc Walker, Crash Test Dummies) at Touchwood and Sign Post Studios. It was mixed by Paul Yee at Stereobus, and mastered by Peter Letros at Wreckhouse Mastering.

Raised on a farm near the small town of Cupar Saskatchewan, Voss picked up his dad’s old flat top at the age of 8 and has been following in the footsteps of troubadours like Charlie Major, Tom Petty, and Bruce Springsteen ever since. From playing weekend gigs with his high school band, to gigging 6 nights a week in night clubs, to festivals and soft seaters, Voss has become known for his ability to fuse the classic country sound into music that’s perfectly suited for modern times.

Voss released his debut EP, ‘Hillbilly Storybook’ in 2009 garnering a WCMA Producer of the Year nomination. In May 2012, his sophomore album ‘Show ‘em Who’s Voss’ landed the SCMA Roots Album of the Year award. The album received extensive international airplay, which led to Voss’ first overseas tour in Germany, Ireland, France, the Netherlands, Colombia and Mexico in 2015.

In 2017 Voss was forced to take a one-year hiatus from his career to recover from major back surgery. Bedridden, with only social media, TV and the news as his connection to the outside world, Voss began to digest the current social trends involving nationalism, tribalism, polarization, division and violence - all of which weighed heavily on his mind. He put pen to paper and wrote his third album, ‘Come Along With Me’.