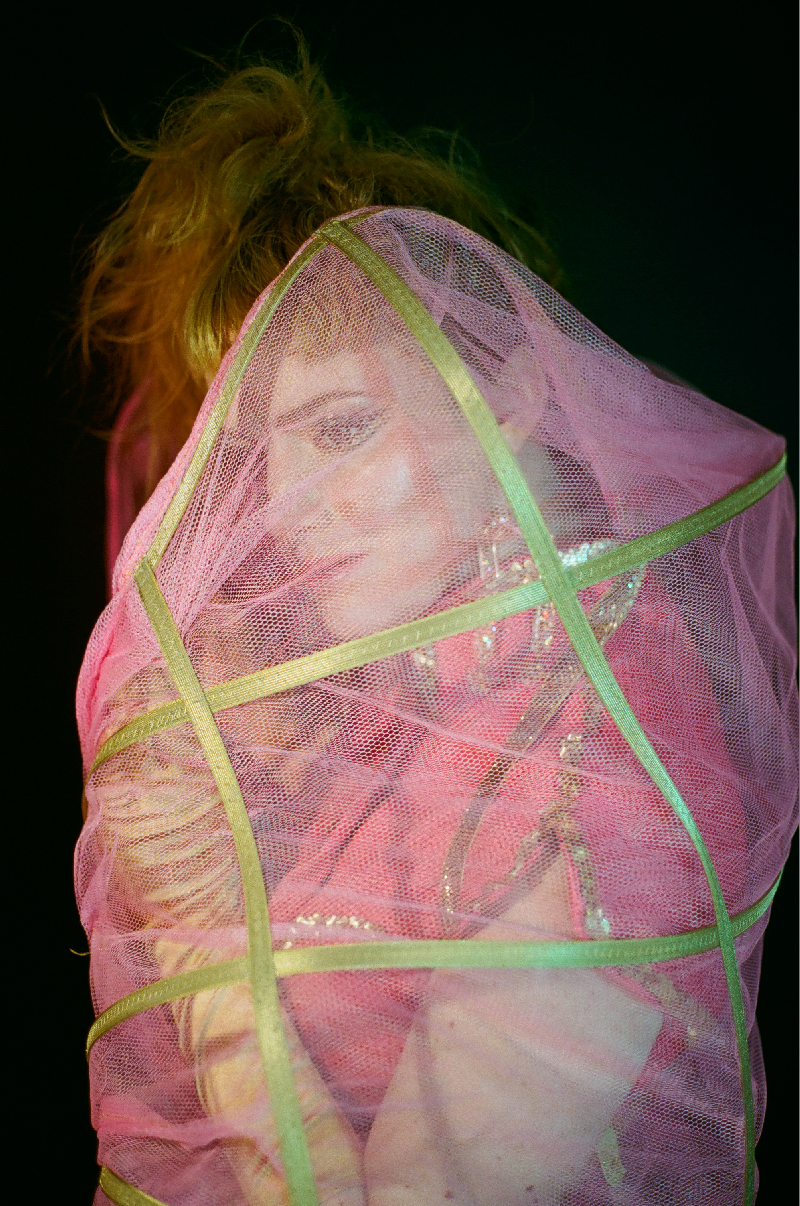 Synth pop musician and 2018 SMA Electronic Artist of the Year, Natural Sympathies, is pleased to announce the full details of her debut album "Porous", an accompanying film, and the release of the third single from Porous: 'Pretty Impossible' out on on Bandcamp and cupsncakespod.com now.

'Pretty Impossible' is a pop song with a propulsive beat exploring the double standards of western beauty ideals, calling for womxn to support and celebrate one another in defiance of those pressures. The tune was written, recorded and performed by Natural Sympathies (Amber Goodwyn) with contributions by Justin Hauck of Andino Suns (percussion) Amber Phelps Bondaroff (viola) and Orion Paradis at SoulSound Studios (mixing and mastering).

Porous (album) is set for release on independent Saskatoon record label Grey Records on Friday, November 15, 2019. Exploring themes of anger and isolation, love and community, the seven songs on Porous feature drones by Ernie Dulanowsky (Pulsewidth), viola by Amber Phelps Bondaroff, percussion by Justin Hauck, and a field recording by Andrea Jane Cornell. The album was mixed and mastered by Orion Paradis at SoulSound Studios in Regina. In addition to being released on Bandcamp and streaming sites on-line. The album can be purchased by way of download code afixed to limited edition rock flags, designed and screen printed by artist Caitlin Mullan. Rock flags will be available for purchase on-line via BandCamp and at live shows.

Natural Sympathies is pleased to announce the release of a film project accompanying the album Porous, made by seven director teams, one for each song on the album: Adrienne Adams, Ian Campbell, Eric Hill, Elian Mikkola, Mike Rollo, Evie Ruddy + Kyath Battie and Ania Ślusarczyk. Funded by the Saskatchewan Arts Board, the seven videos watched in sequence build a narrative about an extraterrestrial named Natural Sympathies whose space ship crashes on Earth. Her ensuing journey to fix and fuel her ship leads her to an unexpected discovery about her new surroundings. The project includes contributions and performances from several individuals and artists including Johanna Bundon, Matthew Donnelly, Avianna Hudym, Jenelle Jakobsen, Kendra Kembel, Caitlin Mullan, Risa Payant, Zoë Schneider, Shayna Stock, Jaye Shamel, Meghan Trenholm and many others.

Porous (film project) will be released on YouTube in a seven day roll-out starting on Friday, November 15th. Dispersed in the order they appear on the album, the films knit the songs together to describe the trajectory of Natural Sympathies’ quest. On the eighth day the collection of videos will be released as a complete film with credits and a movie poster by Stephanie Kuse.

WHEN: Friday, November 15. Doors at 8pm, film screening at 9:30pm. Performance and party to follow.

“The second single from her forthcoming album is called “Hard Line” and it forays slightly away from the pop realm towards more experimental territory with rich drones that compliment synths and down tempo drum machine parts. The music has a sensuous vibe that becomes the perfect backdrop for Goodwyn to deliver her first song about sexual desire. Using geometry as a running metaphor, she explores her attractions and desires.” - Cups N Cakes Network

“Amber Goodwyn, the brains behind Regina synth-pop act Natural Sympathies, may be one of Canada’s most underrated producers. As Natural Sympathies, Goodwyn makes urgent, spacious pop that feels vitally intimate, even with it’s galactic size. Live, Goodwyn calls in the services of The Mutual Affection, a group of backup dancers that make any Natural Sympathies show a must-see.” - Sled Island 2019 Festival guide

““Goodwyn’s vocal is well written to compliment the crisp sounds by switching between explosive, disjunct phrases and more lyrical melodic lines. The space provided in the chorus for a tweeting motive to playfully answer the words creates wonderful counterpoint, considering the previous lyric was “cannibalism”. - Runaway Pup

“Regina’s Natural Sympathies is an intergalactic melange of electronic elements framed through an organic perspective. Bombastic synths swirl around Amber Goodwyn’s pointed and oddly anecdotal vocals, making the coolest soundtrack for a celestial road trip through time and space. This multi-talented solo act will surely take you to new dimensions and back again.” - Beatroute