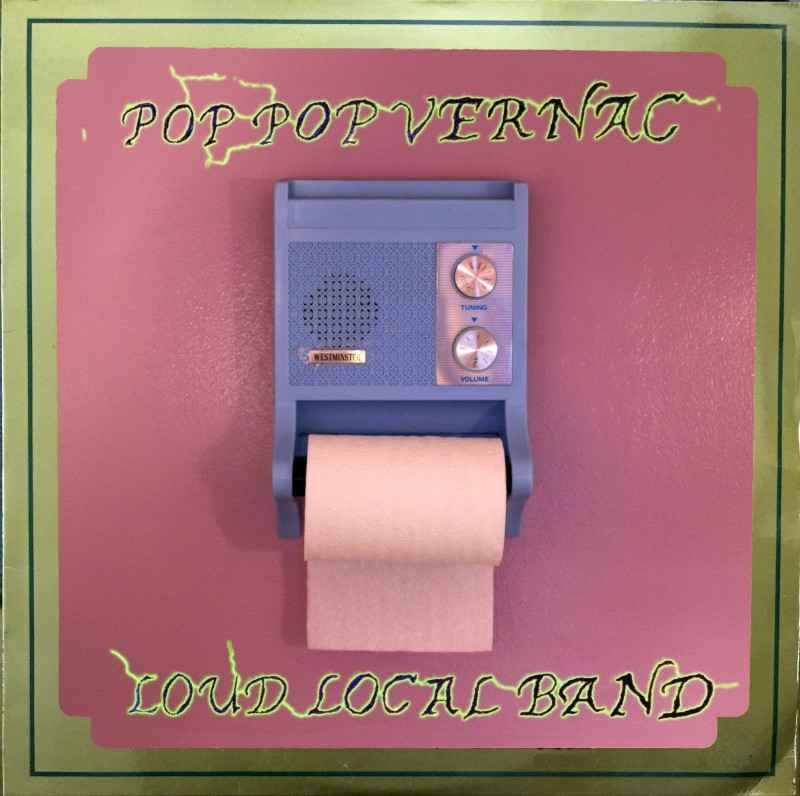 This Regina band's third album "Loud Local Band" is already is receiving airplay in local radio programs and single "Arms" was premiered on the Cups N Cakes Network.  Self-recorded by the band at the Saskatchewan Cultural Exchange Society and brought to life by Rob White.

They're a group of four, where everyone sings and writes their own songs. Matt will wear a red jumpsuit and scream his head off as he rips thru guitar riffs. Steve sings loudly and plays a 60s Raven bass guitar and downpicks quickly. Dave is a guitar wiz and master songwriter, his vocals will often leave the floor wet with women and beer. Kurt stays at the back of the stage and pound skins while rounding out the vocal quartet. Of the 8 songs on the album, each member sings 2 songs.

They have released an EP and a full length record on tape, and this third release is on compact disc. They have spent 8 weeks on the local radio charts and have enjoyed radio play elsewhere.

They are putting on a release show in Regina on November 9th at the Mercury with Paige Drobot (Transistor 66 Records) and Midnight Gallows. Following this is a brief tour of the midwest:

NOV 16 CALGARY AT BROKEN CITY WITH WEBSITES AND KNERD

More info on Pop Pop Vernac can be found at: www.facebook.com/poppopvernac

Grab the new album at: https://poppopvernac.bandcamp.com/releases