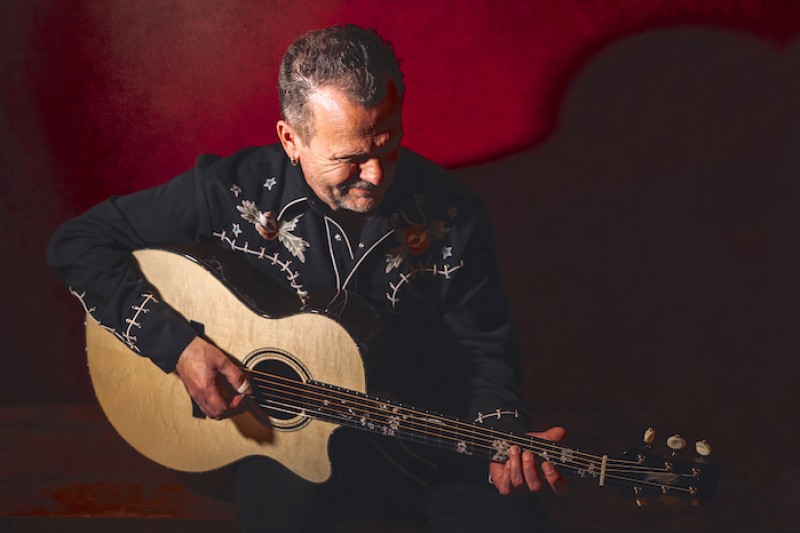 Simpson is one of the world's premiere acoustic guitarists and a powerful songwriter with a rich, charactered voice. His playing is instantly recognizable, and revered among guitar fans. His body of work is very diverse encompassing all types of traditional and acoustic music. He has toured with everyone from June Tabor to Steve Miller.

Martin Simpson was born in Scunthorpe, Lincolnshire, England on May 5, 1953. He took an early interest in music, learning to play the guitar and banjo and performing at local folk clubs. In 1970, he dropped out of college to become a full-time musician. He released his debut album, Golden Vanity, in 1976 and has gone on to record 20 solo albums since then. His latest album, Rooted, was released this August.

Universally acclaimed as one of the finest ever acoustic and slide guitar players, and a fine banjo-picker to boot, his solo shows bear witness to an artist at the very top of his game. The remarkable intimate solo performances Simpson gives go from strength to strength – every performance is a master class. He travels the length and breadth of the UK and beyond, giving rapt audiences passion, sorrow, love, beauty, tragedy and majesty through his playing.

Simpson has had the most nominations of any performer in the 18 years of the BBC Radio 2 Folk Awards - an astonishing 32 times, 13 of those as Musician of the Year, winning that particular accolade twice. In addition to his solo career, Simpson has collaborated with a dazzling array of people from across the musical spectrum: Jackson Browne, Martin Taylor, June Tabor, Richard Hawley, Bonnie Raitt, Danny Thompson, David Hidalgo, Danú, Richard Thompson and Dom Flemons are among the great musicians he has worked with.

"Martin is in a class of his own. He is such an expressive player; he is ingenious in his use of the guitar. His clarity of playing is just amazing." - Jackson Browne