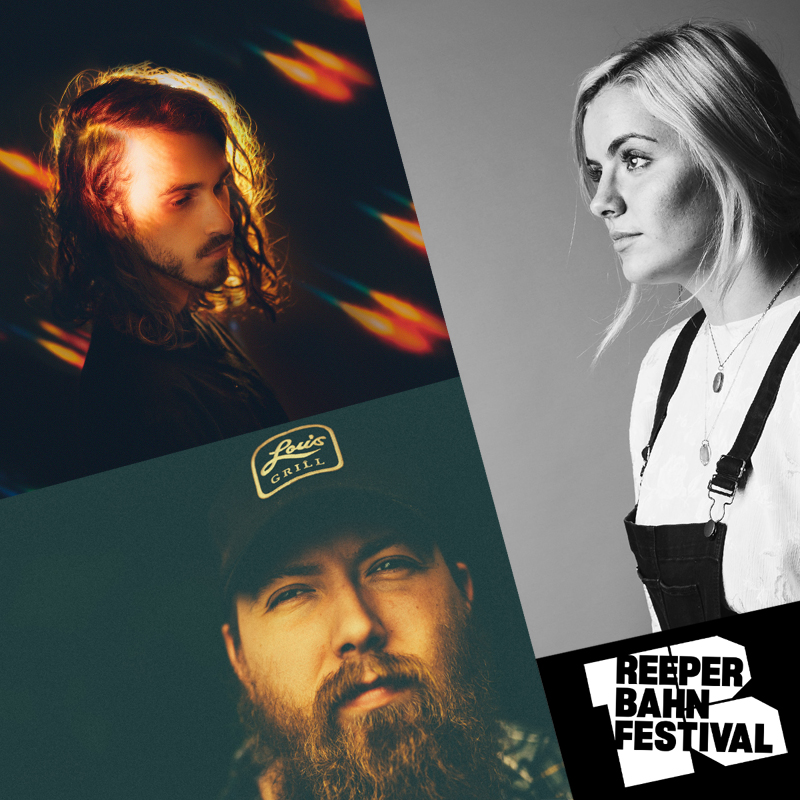 SaskMusic is pleased to be participating in an export mission to the Reeperbahn Festival in Hamburg Germany, where in partnership with Alberta Music, Music BC and Manitoba Music, we will attend networking events, attend business-to-business meetings, participate in Canadian Blast showcase presentations on behalf of the Saskatchewan music market, and partner with DevilDuck Records to present a public showcase event. This is SaskMusic’s eighth annual export mission to Reeperbahn.

Saskatchewan artists selected for official showcases by Reeperbahn Festival organizers are Gunner & Smith, Marissa Burwell, and Ponteix. They will be performing as part of the Canadian Blast-Canada House lineup, with 33 Canadian artists in all presenting their work this year at Reeperbahn.

The Reeperbahn Festival features more than 900 events spanning a range of genres in locations around Hamburg’s Reeperbahn district. Since its debut in 2006, Reeperbahn has grown to become one of the most important meeting places for the music industry worldwide, and, as Europe’s largest club festival, it boasts a broad spectrum of emerging and more established artists. In addition to some 600 concerts by international artists held in a wide variety of venues, the festival program includes events in the fields of fine art, film, literature, and education. The Reeperbahn conference program is designed for professionals active in the music and creative digital industries and features sessions, showcases, networking events, and awards ceremonies.

DevilDuck Records and SaskMusic Showcase, in cooperation with Surfrider Foundation (No cover, open to the public)
LANGBRETT, Marktstrasse 140, 20357 Hamburg

Canadian Blast is the business development brand under which CIMA promotes Canadian independent music in the US, UK-Europe, South Asia and other emerging markets. These international events provide global, collective, multi-faceted marketing opportunities which individual companies and artists would be unable to undertake on their own. CIMA is a not-for-profit national trade association representing the English-language, Canadian-owned sector of the music industry. CIMA’s membership consists of Canadian-owned companies and representatives of Canadian-owned companies involved in every aspect of the music, sound recording and music-related industries. CIMA’s mandate is to develop and advocate policies and services that serve to support a strong and economically stable Canadian independent music and sound recording industry, ensuring the long-term development of the sector and to raise the profile of Canadian independent music both in Canada and around the world.

Marissa Burwell
At the start of her career, Marissa Burwell would bare her soul to small audiences in basement clubs and coffee shops, now joined by a backing band comprised of Nolan Grad, Madison Nicol, and Chris Dimas. Her songs have remained deeply personal; they tell of betrayal and loss, but speak just as eloquently of dusting yourself off and never giving up. After years of creative struggle, she released her self-titled early this year. Burwell, with her summery, yet fragile timbre imbues the five songs with melodic sensibility, from expressing the pain of a torn heart to finding new strength. Burwell's songwriting is a reflection of one of life's great truths: After every emotional downpour, the sun eventually comes out again.

Gunner and Smith
Geoff Smith explores musical, historical, and spiritual depths on last year's Byzantium. Filled first with darkness, then with vastness and warmth, the latest album from Gunner & Smith is in some ways a philosophical contemplation of life with its endless cycles and its abysses. Smith emphasizes his thoughtful and well-informed lyrics with a unique, sonorous voice. Joined by a tight team of guitar, organ, and drums, he never strays from the conceptual lines of the band's own mysticism, which is derived from a poetic interpretation of the cryptic cultural realities of our century. One might call this dark country rock, Americana with a psychedelic hue and echoes of Neil Young - or simply damned honest music from a man with a degree in religious history and his heart in the right place.

Ponteix
Authenticity, self-reliance, self-respect - these are the pillars on which the misfits of Ponteix rest their creative sound. Named after a francophone town in the vast Canadian prairie, Saskatchewan native and multi-instrumentalist Mario Lepage and his colleagues Adam Logan, Kyle Grimsrud-Manz, and Danny Hanson use the isolation out in the middle of nowhere, far from the bustle of the world, to form their own identity as musicians and as a band. 2016’s EP "J'Orage" netted Ponteix ‘Francophone Artist of the Year’ at the Western Canadian Music Awards. This spring’s release "Bastion" - which was again crafted in seclusion - enchants with shimmering guitars and synths that are nostalgic, yet sound unlike anything else. 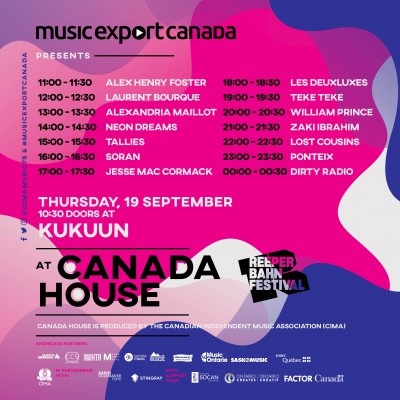 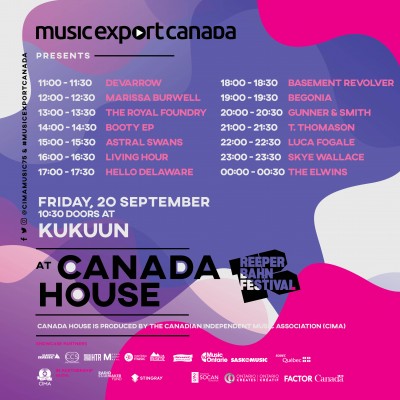 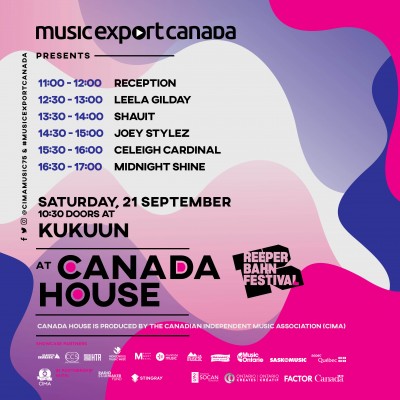