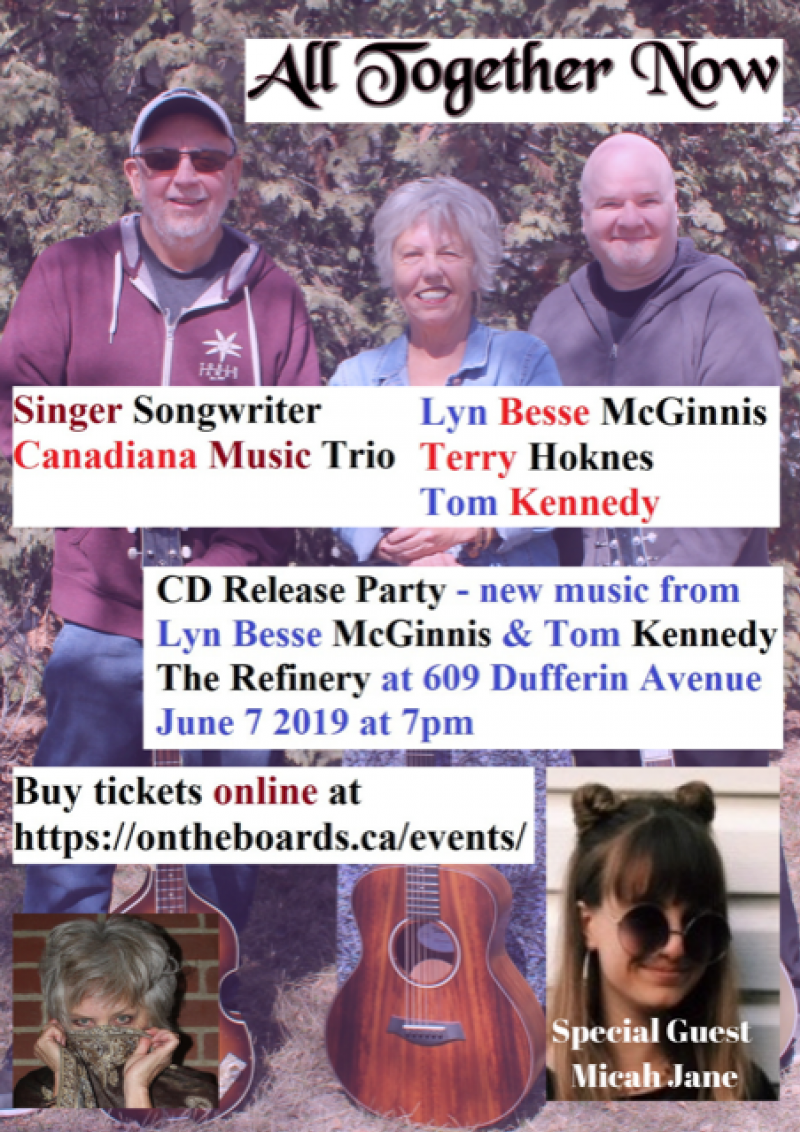 ALL TOGETHER NOW Trio Celebrates the Release of New Solo Albums from Two Members!

ALL TOGETHER NOW is a trio of singer/songwriters from Saskatoon who, along with their solo careers,  have come together to make music.  Lyn Besse McGinnis - guitar/cajon; Terry Hoknes - guitar/bass/keys; Tom Kennedy - guitar/bass/cajon.  And everybody does vocals!

An evening of original music, some Canadiana cover tunes, fun & frivolity as well as a very special guest MICAH JANE, a fab DOOR PRIZE generously provided by Cathy Stocki Co-Owner/Manager of Salt First One,  COMPLEMENTARY Nosh at intermission& a cash bar with wine/beer/pop/coffee/tea.

Lyn’s 3rd album - A Simple Life
NOMINATED FOR ALBUM OF THE YEAR AT THE 2019 SASKATCHEWAN COUNTRY MUSIC AWARDS
Songs about love, heartache & making the choice to live an authentic life. For those who like strong lyrics & unique voices.   Think love child of Gordon Lightfoot & Buffy Sainte-Marie!  From sing-alongs to soulful ballads, Lyn’s melodies are wrapped around a good story & served up with distinctive vocals with a little sass on the side. Folk / Country

Tom’s DEBUT album - Eclecticism
Eclecticism shows the wide range of styles of singer/songwriter Tom Kennedy who wanders through folk, swing, rockabilly, country, a bit of jazz with a light dusting of rock - all with a bit of tongue-in-cheek thrown in.

Both albums were produced & recorded by Terry Hoknes at Saskatoon Music Recording Studio.
Tickets available online at ontheboards.ca or at the door!