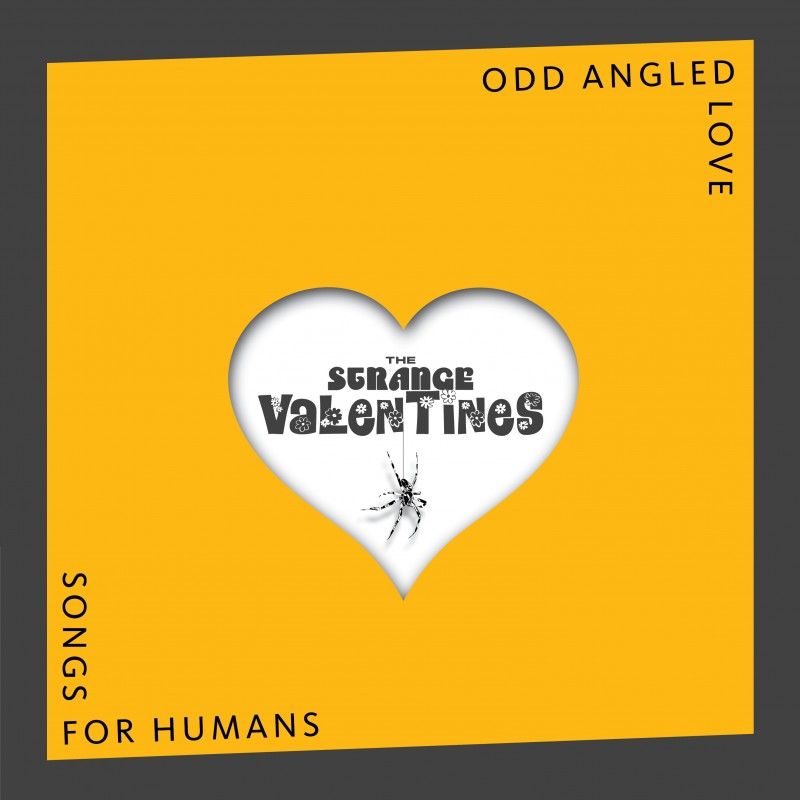 by The Strange Valentines

‘Odd Angled Love Songs for Humans’ to be released June 1st by The Strange Valentines with iTunes pre-release set for April 25th.

David Farrell’s acoustic guitar ranges from thoughtful and sweet finger-picking to angsty with attitude folky-blues to express the various stories of the album. Janet Mills adds mandolin or Irish bouzouki as the two alternate lead vocals and beautifully tight harmonies. This album is more minimally produced than previous efforts by The Strange Valentines and it feels a little more up close and personal in the listening.

With 15 songs on this album, there are indeed love songs like ‘Venus and Mars’, but there are also a couple quirky political songs, such as ‘Fixed Our Wagon’, some hope in ‘If the Sun Don’t Shine’, and maybe just one song that ends in tragedy with the story of ‘Eugene’ who writes a song. Poor guy.

Then there is the surprise ending with a ukulele duet that is absolutely raw and heart-wrenching in its purity with a song called ‘The Girl in the Rain’.

With the iTunes pre-release, folks can get the album for half price and get 2 immediate gratification songs starting April 25th up until full release June 1st. The album release party will take place at the Creative City Centre in Regina on June 1st at 8:00 pm (doors at 7:30).

Here’s a live version of track 2 ‘If the Sun Don’t Shine’ https://youtu.be/SMWSSq5ZaSU for a peek of what’s to come.

The Strange Valentines will be heading West for a couple of shows and then East for an Odd Angled Tour that will take in BC, Manitoba, Ontario, Nova Scotia, and the United Kingdom.