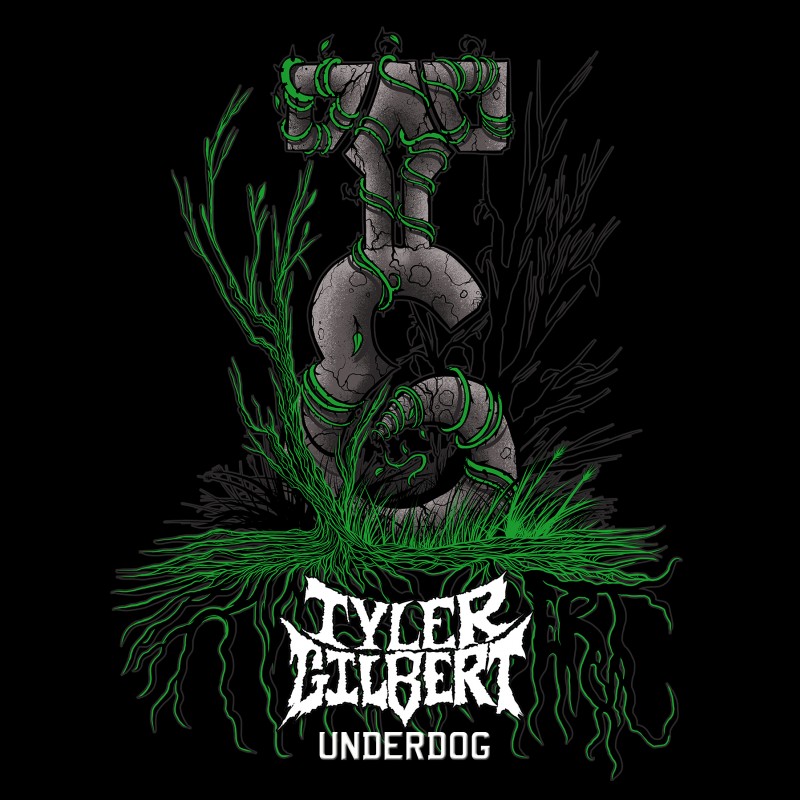 Over the years, Tyler Gilbert has transformed his sound from a more folk based style to a hard rock sound. The Saskatchewan based rock group has always striven to be a voice for the overlooked, the ones who never quite fit in, the lone kid, the underdog. From his 2008 debut EP "Vos" to 5 albums later, none of his work has been more intentionally pointed at them more than his upcoming release "Underdog" due out March 29.

The album will be available across all major digital retail platforms. The album features 16 hard hitting tracks that range from hard rock to electro rock, and even an acoustic instrumental. The album aims at keeping rock alive with heavy riffs and squealing guitar solos that will have any rock/metal fan appreciate; soaring vocals with just the right amount of harmonies that are able to grab the attention of any mainstream music fan.

4 singles have already been released from the album beginning with “Need Love & Shelter” which introduced audiences to his new edgier sound.

Followed by “Ghost Behind Your Mind” which pushed the new sound to a whole new heavier level, being compared to that of Alice in Chains, Black Label Society, Ozzy, Soundgarden and Alter Bridge. Released with a haunting video that continues their story of the Montana Kid; “Ghosts has been receiving a lot of airplay across 30+ stations across Canada, USA, UK, Ireland, South Africa and Australia. It reached #1 on the Fab chart in UK, spending 7 weeks on the charts, this also lead to being nominated for the Best Male Artist category on the Fab Chart Awards. The song is currently sitting in the #3 spot on KB Radio Top 25 chart, along with reaching #5 on Zootap Radio’s Top 10 Chart. The rock single also reached #8 on Monies New Music Chart and was featured on The Movie Jerks podcast as the Artist of the Month.

The last 2 singles gave listeners another glimpse into the new sound, this time with a mix of electronic beats and heavy rock driven guitar leads. The first of this style was a cinematic “Stand For You”, offering a nod to Bon Iver in the sense of creating a textural scene with ambient sounds and soft vocals.

“Across the Sea” was the final single to be released from the album upon its release. The single came out swinging blending the heavy rock sounds of “Ghosts” with the electronic elements of “Stand For You” to offer a style what some have described as Michael Jackson meets Zakk Wylde.

Tyler Gilbert backed by bassist Rob Dakiniewich and drummer Mark Ennis are scheduled to perform their CD release show live on March 22 at The Exchange in Regina, SK Canada. Fans will be able to purchase the physical album a week before its official release.