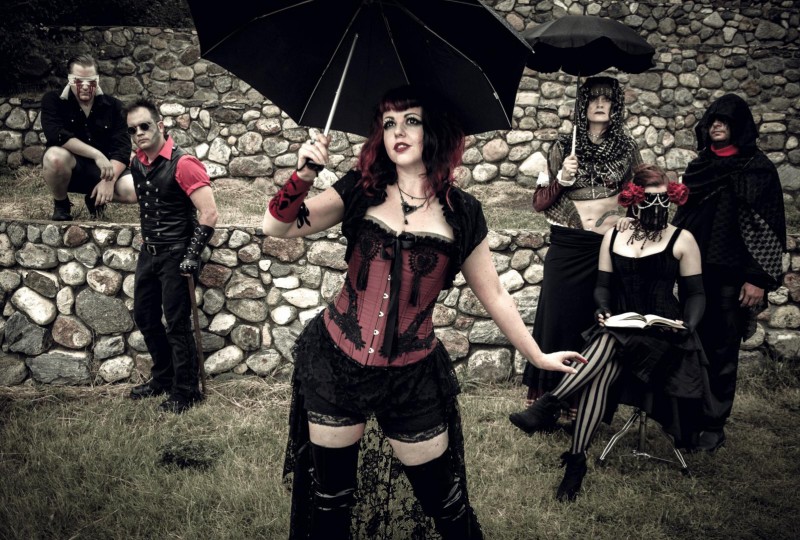 Canadian theatrical goth-punks New Jacobin Club, best known for their darkly flamboyant stage theatrics and sideshow stage performers, are proud to announce their upcoming UK tour to celebrate their achievements as on of Canada's longest running theatrical rock acts as well as the success of their latest album overseas. "Soldiers of the Mark" is the band's 5th full length album in nearly 20 years and has won critical acclaim with its' apocalyptic feel and rich kaleidoscopic sound; dominated by soaring electric cello, theremin and dual male/female lead vocals.

With a stage show that incorporates everything from torches and swords to glowing masks and armoured corsets, the tour kicked off June 3 in Leicester at the Firebug and includes a performance at the Splendid Day Out Steampunk Festival and Fair in Morecambe on June 4th. You can see some of the New Jacobin Club's signature costumes, characters and sample their tracks at http://www.newjacobinclub.com/