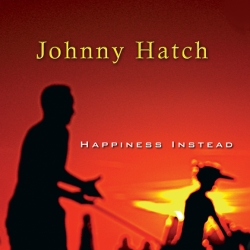 “‘Happiness Instead’ is the new album by Johnny Hatch, filled with the strength of a lifetime of songwriting, training and performing, along with a good wallop of sheer unadulterated rock’n’roll on acoustic and electric guitars. Pop-Rock-Folk. Dave Fries produced, played and is a band-mate. Recorded on the farm at Ze Studio except for the songs ‘Echo’ and ‘In L.A.’ recorded there and Deep Space Studio, Los Angeles, with Doug Milledge. Album musicians include: Pat Kelly, Depen Pandya, Michael Herle, and Megan Nash. Thoughtful catchy tunes about living on planet Earth and many love songs. The band is in heavy rehearsals and Johnny Hatch plans to perform and promote this album for the next 2 years.”