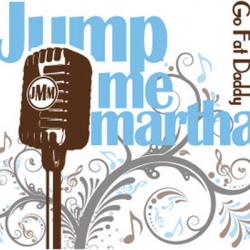 “Jump Me Martha’s sophomore effort features 13 original swing-based tracks. The album was timely released during the recent Saskatchewan Jazz Festival in late June. The album features a slew of Saskatchewan artists adding their personal touches to the tracks. One tune on the album, “Cuppa Joe,” has already been recognized with a Semi Finalist win in the International Songwriting Competition announced in the spring of 2010. Produced by: Jump Me Martha. Recorded at: Starlab Recording Studio, Saskatoon. More info: www.jumpmemartha.com.