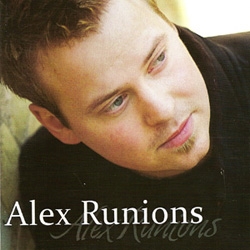 “Alex’s debut album captures the energy and enthusiasm of his live performance and highlights his vocal and songwriting skills. His music is an energetic blend of country, pop, and rock, resulting in highly engaging songs. Writing six of the ten tracks and co-writing on three others, Alex maintains a continuity throughout the album as well as finds a style in which he can call his own.” Produced by: Bart McKay. Recorded at: Bart McKay Productions, Saskatoon. More info: www.alexrunions.com.