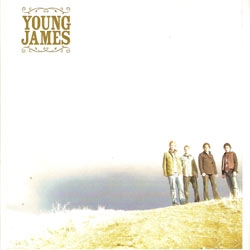 This 10 song collection has received acclaim from Saskatoon’s local arts press and radio. “Young James’ first full-length, self-titled recording blurs the line between pop hooks and country-influenced folk/rock of the 1970’s. The band blends soaring harmonies with distinct prairie sounds and imagery.” “The band took a true home grown approach to the making of the album by self producing, recording and mastering everything themselves.”