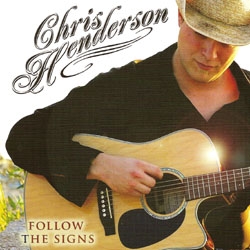 “In September, 2007, Chris traveled to Nashville to record his debut full-length album. Full of talent, top production and genuine Saskatchewan country, the album is a sure-fire hit. Chris’ edgy style and wide vocal range shine through on each of the album’s upbeat and catchy songs. His first single, "You Don't Scare Me", was released to Canadian country radio in September 2008.”