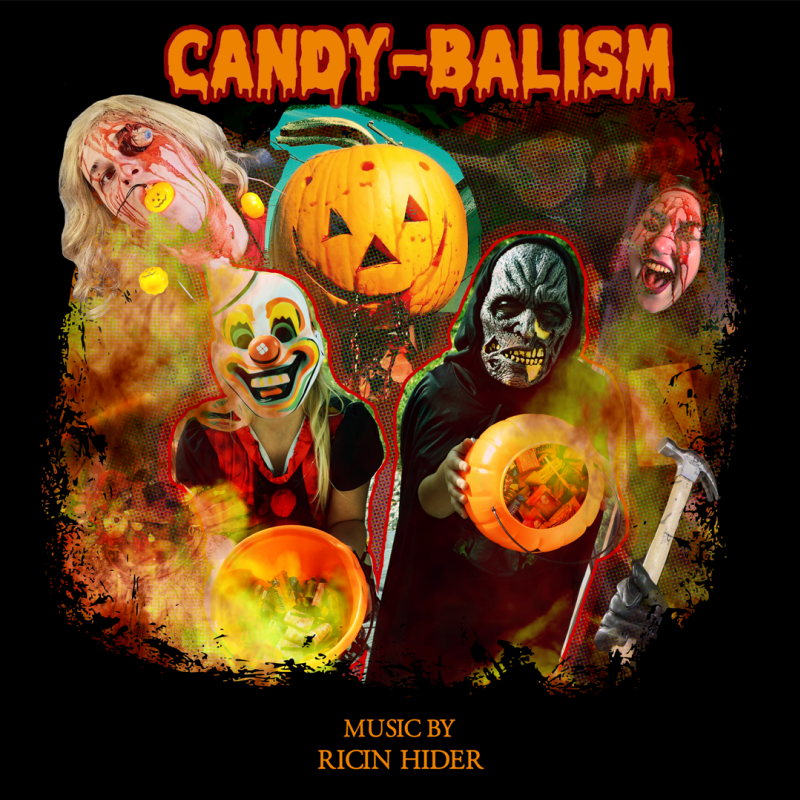 This soundtrack album composed and performed by Ricin Hider for the made up horror movie Candy-balism. Candy-balism is a throw back to the the 70s and 80s horror genre. Heavily Influenced by the Italian progressive rock band Goblin who wrote dark and quirky songs for an array of horror movies and were one of the main reasons Ricin Hider was created. The 6 song horror score is filled with spooky melodies and layered synthesizer to create the horror film atmosphere. The album was mastered by Justin Bender at Divergent Sounds. Album cover created by Beth (Barf Scabs) Liber