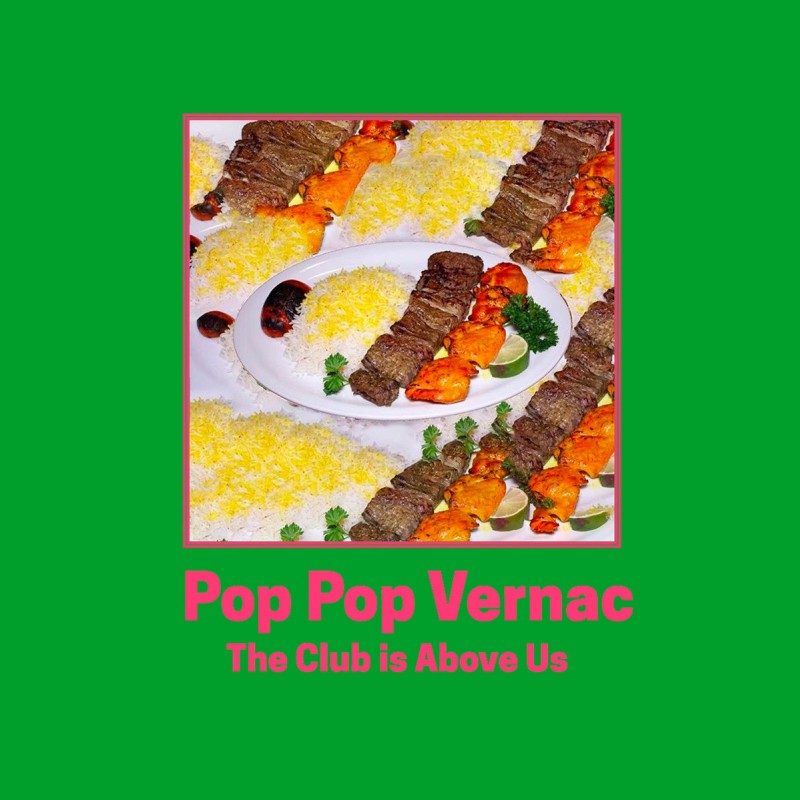 The Club is Above Us

The second release from this up-tempo garage pop band was recorded by Paul Bogdan in the basement of the Saskatchewan Cultural Exchange Society (SCES) in Regina. All the tracks were performed/recorded live off the floor with vocals being overdubbed at a later date in the same space. This recording style lends itself to the album’s raw, high-energy feel. The band features Steven Maupin on bass, Kurtis Rothecker on drums, with Dave Schneider and Matt Carr on guitar.  All members of the band contribute to the songwriting, and perform lead vocals. The artwork was stolen from an Instagram ad for Afghan Cuisine. Recorded at: SCES, Regina. Produced by: Paul Bogdan. Released: October 19, 2018.