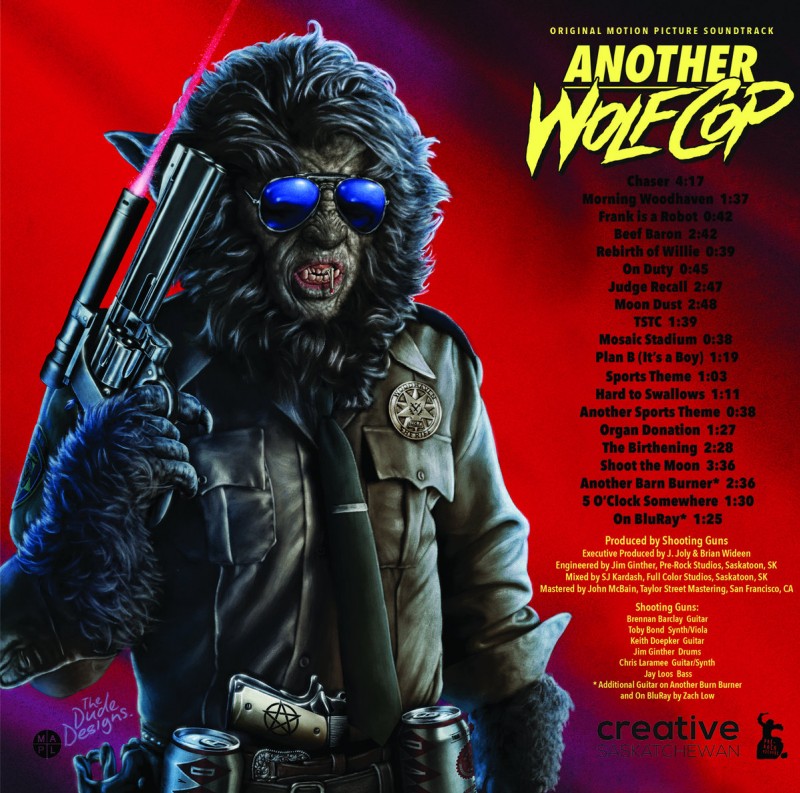 The cult classic receives a sequel, and returning on scoring duties is Saskatoon’s Shooting Guns. The JUNO and Polaris Prize award nominees are known for their psychedelic/stoner rock, sitting on the heavy end of the spectrum; for this soundtrack the band decided to stretch out even more. Making synthesizers just as prominent as their roaring guitars results in a sort-of garage rock take on John Carpenter soundtracks. As an album, it works as a fun collection of quick jams, with plenty of variety and loads of hooks; incorporating a wide range of influences and instruments to expand on the Wolfcop universe. Recorded at: Pre-Rock Studios, Saskatoon. Produced by: Shooting Guns. Released: April 6, 2018.