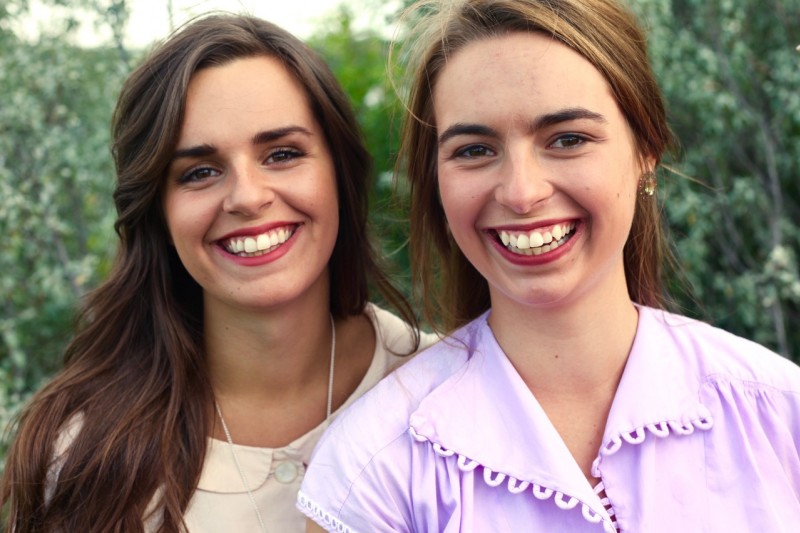 by Brittney MacFarlane for the Session

In a rural area of northern Saskatchewan lies a little district quaintly named Honeymoon. There, you can find a pair of gals named Jolissa and Janaya Trudel, also known by their artist name, Jay & Jo. Although the two are just gearing up to release their first album, “Grounded and Light,” they’re no strangers to music or performing on stage, since one could say it runs in the family.

“Music was constantly bouncing off the walls of our home growing up. Our family has been touring as a bluegrass-gospel family band for about twelve years now, which we both have been heavily involved in since we were kids. Only a couple years ago did we begin to branch off from our beloved family band and write our own stuff,” they explain. The Trudel Family Band is well-known around these parts, performing a lovely blend of gospel and country tunes featuring exceptional  musicianship and family harmony.

Jay & Jo explain what a live show is like: “We describe our sound as folk-roots. Though our music takes on more of a singer-songwriter style, the heavy bluegrass and old-folk influences of our childhood have still managed to weave their way into our songs, making for some interesting, familiar melodies and, of course, classic, airtight harmonies. Some of our musical influences include some classic souls like Joni Mitchell, Gordon Lightfoot, Alison Krauss, Bob Dylan, and The Carter Family, but we also draw inspiration from the great contemporary music that’s being put out. Our live shows are very homey, just the two of us up there armed with a handful of different instruments, two very different but very complementary ‘sister-voices’, and a bag full of songs that come straight from the soul.

We’re sisters, so a big part of our concerts are just us interacting with each other, joking around, telling stories, sharing from the heart, or whatever happens to happen up there. There’s a depth of relationship between us that allows for a certain freedom and playfulness on stage, but also the ability to connect with each other and the audience on a really deep, human level. This is a gift that most artists don’t have the opportunity to experience, so we feel very blessed. Our shows are a blast. It’s never really mattered what size the crowd is, our shows always seem to take on a familiar, personal, homey feel that we really, really love.”

Aside from their love of performing live, the girls reminisce about some of their career highlights so far.

“We had the chance to tour out to British Columbia last summer, were nominated for a Saskatchewan Country Music Award for Roots Artist of the Year, and have shared some of our music on The Timberline Music Show on 91.3 CJTR, which was a complete honour and blast of a time!”

So what does the upcoming summer hold for the girls?

“Well first off, we are so excited to be releasing our debut album, Grounded and Light! This project has been a labour of love, and we are just so ready to get it out there and into people’s hands! The album is a collection of eight tracks, all originally written by us, and it is really just a gift of our hearts to a world that is honestly just in need of a little beauty and a lot of hope. Other than planning our CD release concert - happening at Rock Trout Café in Prince Albert on July 27 - we are really looking forward to touring out to Halifax for a couple weeks, where we’ll be the guest artists on the train as part of Via Rail’s Artists on Board program.”

Make sure to give these talented musicians a follow on social media to keep up with their exciting summer! For more information, visit www.facebook.com/JayandJoMusic. 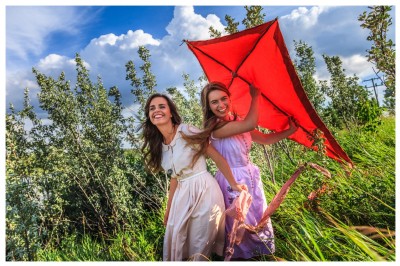